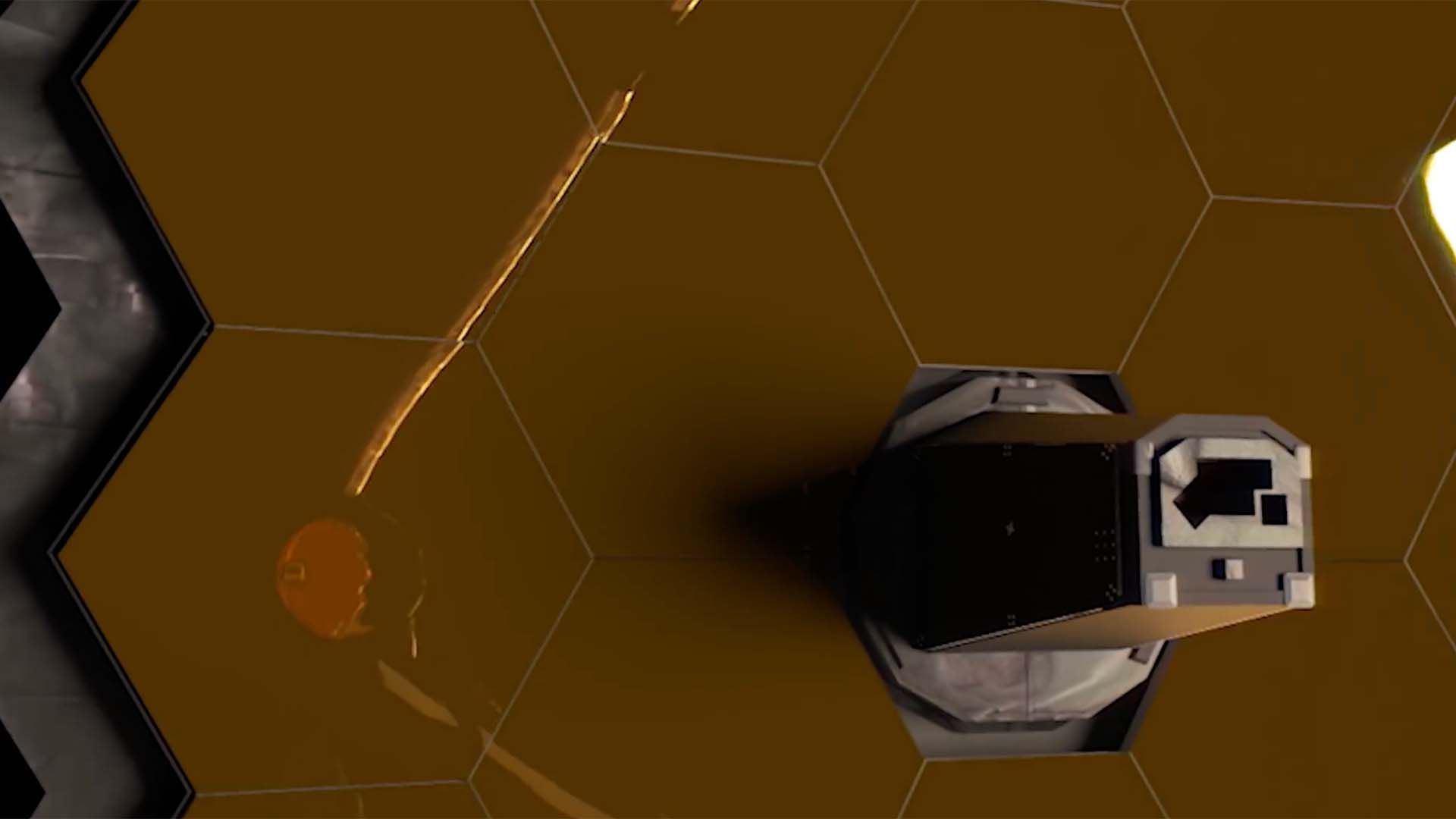 2 minute read
Image: NASA.Safe to say, Webb will take more compelling pictures than this one in the future. Pic: NASA

NASA has released the first pictures from the James Webb Space Telescope as engineers being the process of precisely aligning its 18 hexagonal mirrors.

Update: Since this story was published, Webb has started to release the first full-colour images from its science program. Read more here: The first images from the James Webb Space Telescope are spectacular.

Anyone that has had the occasional struggle to get their optics to line up properly will no doubt sympathise with the NASA engineers that are currently trying to precisely move 18 separate mirrors into alignment at a distance of 1.5 million kilometres.

The James Webb Space Telescope, Webb, has completed its mammoth journey to the L2 point way out beyond the Moon’s orbit and is now in the process of making sure its mirrors are perfectly aligned. Of all the hundreds of individual things that could have gone wrong since it was blasted up and out of Earth’s gravity well on Christmas Day, precisely none have. And so, six weeks after launch, we have the first indication that it can see.

Okay, the photos aren’t much to be honest: a selfie of the mirror array itself to help with the alignment process and a mosaic of 18 images of a single star, HD 84406 in the constellation Ursa Major — chosen because its easy to identify and not crowded by other celestial objects — but they are another indication that Webb is up, running, and performing just as it should. 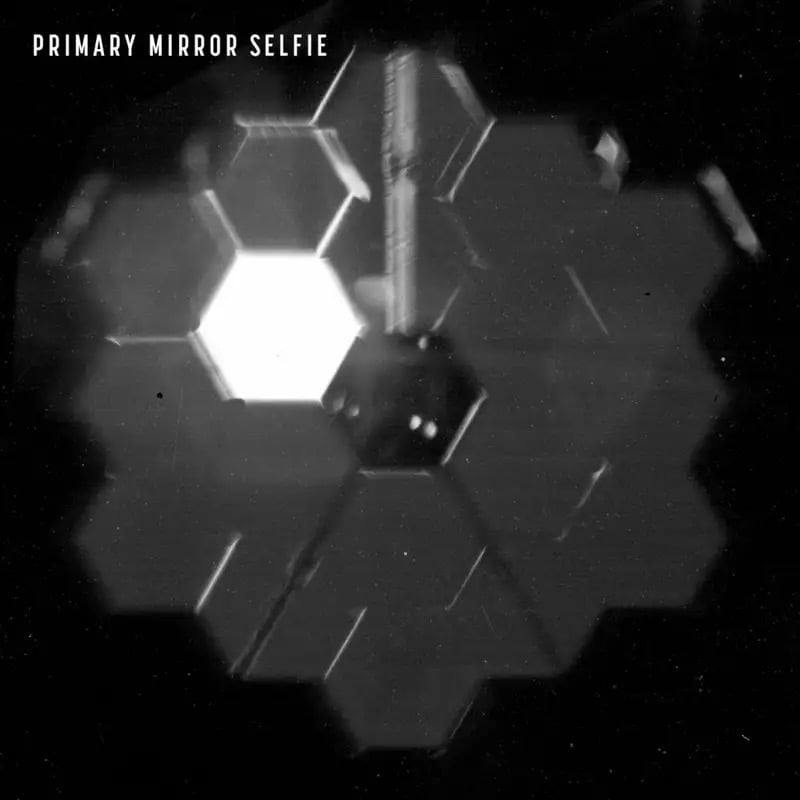 This selfie of the mirror array is used for alignment and indicates that currently only one of the 18 segments is receiving light from the target star.  Pic: NASA

According to a NASA blog, the image capturing process took 25 hours all in all, during which Webb was repointed to 156 different positions around the predicted location of the star and generated 1,560 images using the Near Infrared Camera’s 10 detectors, all in all amounting to a massive to 54GB of raw data. As a good indication of future successes, the observatory was able to locate the target star in each of its mirror segments within the first six hours and 16 exposures.

The images were then stitched together to produce a single, large mosaic that captures the signature of each primary mirror segment in one frame. These will help with the precise nanometer alignments now required to get the mirror array to focus on a single object.

It’s worth pointing out that the image with this article is only a center portion of that larger mosaic, which is a huge image by any standards with over 2 billion pixels.

The complete process of alignment is expected to take about three months, during which Webb’s three other instruments will arrive at their intended cryogenic operating temperatures — some are currently only as low as -145℃ — and begin capturing data and creating images of exoplanets, stars and distant galaxies. The first scientific images are expected to be delivered to the world in the summer and that’s when the fun really starts.