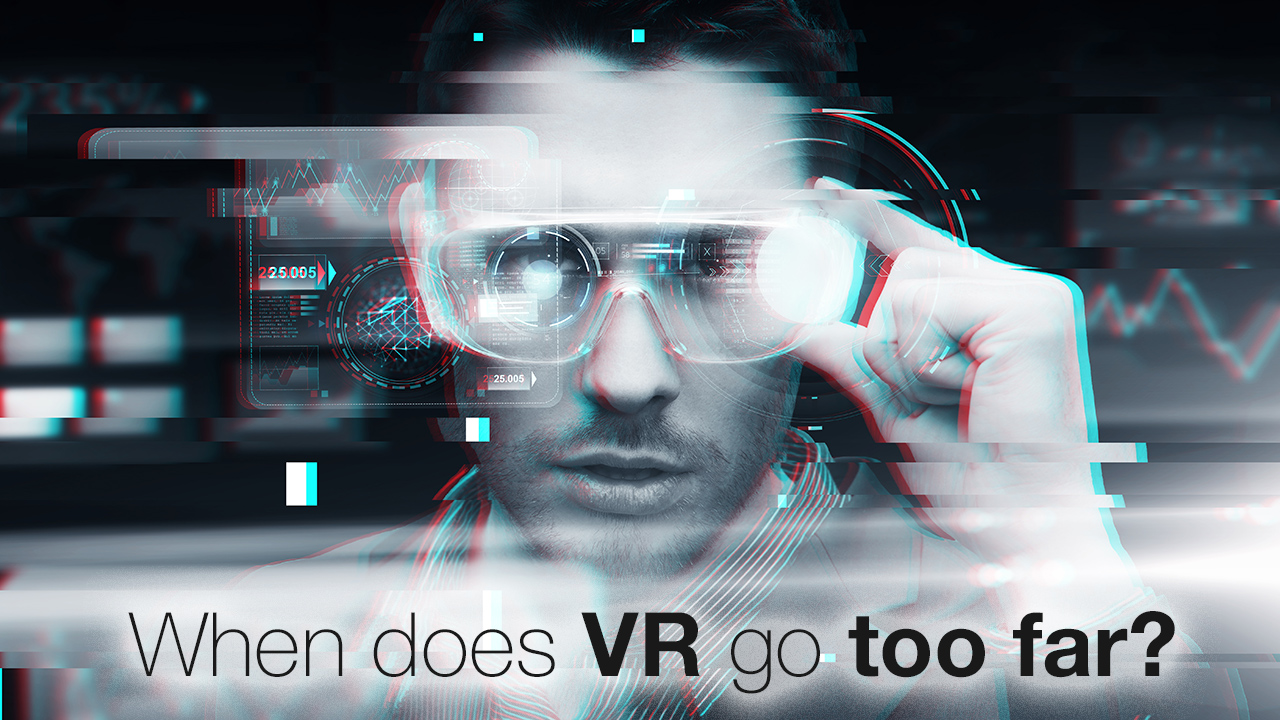 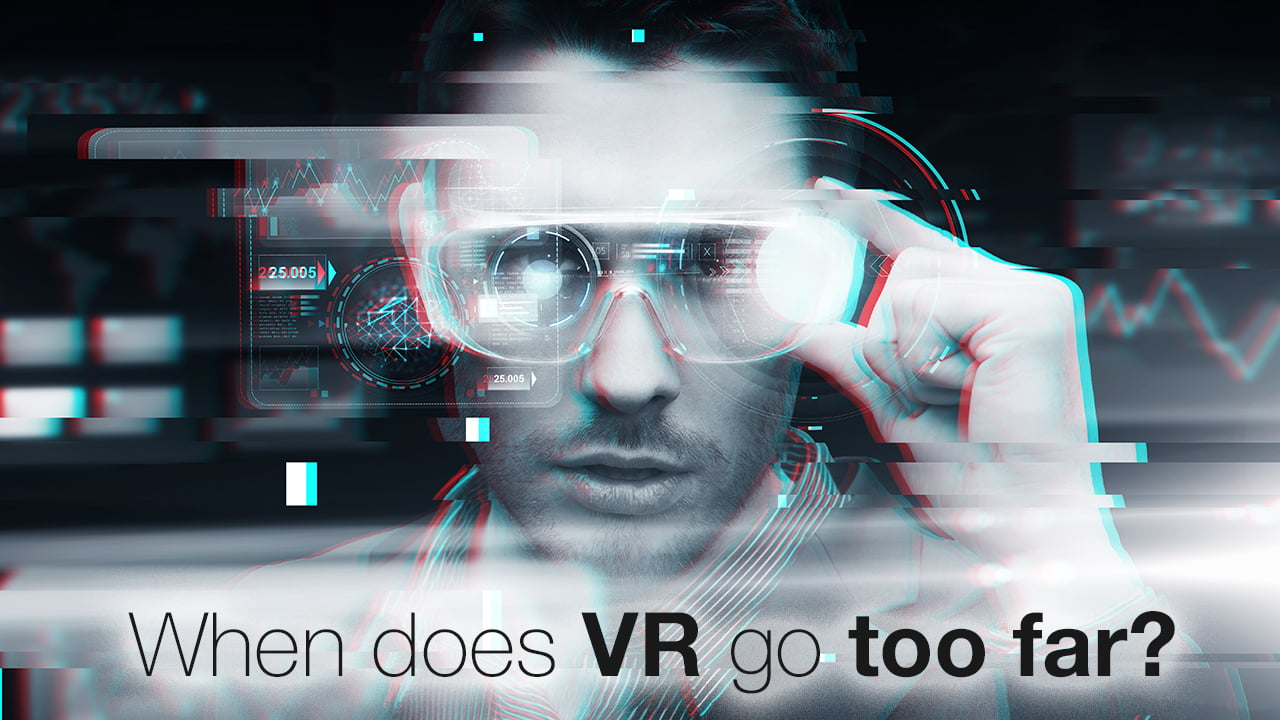 With the increase in ultra realistic realtime 3D graphics, Virtual Reality is now capable of some truly breathtaking experiences. With great power, however, comes great responsibility as the saying goes. Just where does the line become drawn between entertainment and education, and the limits of ethics?

Although I’ve experienced this phenomenon firsthand, I didn’t come across the phrase itself until I started working in VR.

Disaster tourism is the act of travelling to a disaster area as a matter of curiosity. One of the most prominent examples in recent history was when bus tours were organised to severely damaged neighbourhoods in New Orleans after Katrina. Now, the term is as relevant as ever, as people can “travel” to these places without ever leaving the comfort of their homes through VR.

Although VR can take us on wonderful and even magical journeys to beautiful landscapes on earth and spacewalks from the International Space Station or even inside a human body Magic Schoolbus-style, it can also take us on horrific journeys to war zones and, as in an upcoming release, concentration camps.

Witness: Auschwitz is a VR experience that creates a virtual replica of the infamous concentration camp. Although I didn’t attend GamesCom earlier this fall and so haven’t seen the experience for myself (and I’m no expert on VR ethics), I did recently come across an unlisted trailer for the game on YouTube via this article on Alpha that compelled me to write this post.

About a decade ago, I visited a friend in New Orleans who had been living on the fringes of one of the neighbourhoods most egregiously affected by the hurricane. As we walked through her neighbourhood, a tour bus drove by with a dozen or so tourists snapping photos of her street, her house and us. It was a surreal experience and I felt much the same way when I watched the Witness: Auschwitz trailer above.

There are two sides to disaster tourism. One side sees its potential to educate visitors and help them inform, contextualise and interpret their own lives. Conversely, some philosophers think disaster tourism commoditises death.

Those may be the philosophical extremes of disaster tourism, but in practice, the debate focuses less on why some of us might want this content and more on what we collectively stand to gain (or lose) when people consume this content.

For example, in the case of Katrina, the Army Corps of Engineers did say the tourist traffic interfered with the movement of cleanup equipment. However, it also spread awareness and may have driven donations to reconstruction efforts.

But when it comes to historical events like the Holocaust, the facts are well-documented and well-illustrated in countless books, movies and other mediums. What do we stand to benefit from a VR experience like Witness: Auschwitz? Does it more effectively educate viewers about these historical realities? Does it embody the voyeuristic side of disaster tourism? Does it lend a greater degree of empathy than other mediums that encourages us to more actively fight modern prejudice?

According to an interview with the experience’s director Daniele Azara, the goal was to create an educational experience, because “Books are not enough, movies are not enough — we have to be there, and with VR we can be. (…) We give you the opportunity to live inside Auschwitz and have your own experience beyond just reading a book and trying to picture it. It’s simply too far from our experience for our imagination to grasp.”

The experience itself sounds quite strange. At a place where 1.1 million of its 1.3 million inhabitants died within the camp’s walls, death is largely absent from the experience. Azara said the team behind the experience felt those events were “less important to show in VR as you already know that from the movies.”

Instead, he says, the experience focuses on daily experiences, recreating highly specific details, like the fact that the bathroom facilities had soap holders but no running water. It also tangentially touches on death as viewers participate in the digging of mass graves. In another instance in the experience, the cries from the camp’s crematorium are covered up by the sound of a motorcycle engine.

In a way, that last scene is like a metaphor for disaster tourism. You feel as though you have a sense of the place, but the truth of a place is — for lack of a better word — muted.

When the bus drove by and tourists snapped pictures of us 10 years ago, I couldn’t help but feel like I was contributing to an artificial perspective on the event. I did not live in New Orleans, I had no first-hand knowledge of the events surrounding Katrina, nor did my friend (she moved there only shortly before I visited). And yet, we were part of this narrative they were weaving in their heads and on their Facebook profiles about ‘what happened in New Orleans’ back in 2005.

That’s why that moment and viewing the trailer for this experience felt so similar. Excluding death from an experience about life in a concentration camp would be like excluding the people affected by Hurricane Katrina to focus on property damage. You’re missing the very core of the event.

But that brings up a handful of new concerns.

If the producers had made death a part of their experience, it’s possible it would be too traumatic to take. There has definitely been concern that we could create experiences so real that the trauma we induce in a headset will remain long after the viewer rejoins the real world. Not to mention, the concern that subjecting people to such content could cause further desensitisation.

In addition to the issue of accuracy, there’s also the issue of sensitivity towards and respect for the real people affected by those events. In that regard, it’s worth noting that Witness: Auschwitz paid a great deal of attention to the facts and memories of the former Auschwitz inhabitants the team interviewed and that the experience is officially supported by the Union of Italian Jewish Communities (the production company behind the film, 101 Percent, is based in Italy). Whether that makes it ‘right’ or ‘wrong’ isn’t for me to judge, but it’s important to note that not every production team might approach disaster-based stories in that way (though they should).

There’s also the issue of age. Supposedly, Witness: Auschwitz is suitable for people between the ages of seven and 99, but such a graphic experience probably isn’t suitable for children as young as seven.

So, what can we do as content creators to mitigate these potential issues?

I remember interviewing Francesca Panetta from The Guardian about her opinions on ethics in VR and she made a very good point that we, as journalists, already have a sound grasp of ethics and if we apply them just as stringently to VR, all will be well.

On the other hand, VR can also have a significantly greater impact on the audience as we continue to close the gap between real and virtual worlds. For example, people who cut down a tree in virtual reality are less likely to waste paper products. Or, when Clouds Over Sidra was shown to donors at a fundraising conference in Kuwait, donations were almost twice of what had been projected (a total of $3.8 billion). VR experiences can make us better people — if used appropriately.

So, what makes one use of VR ‘appropriate’ and another ‘inappropriate’?

Unfortunately, I don’t have the answer — if there even is a single answer. But I’ve asked this question to a lot of VR content creators and my favourite response thus far came from Catherine Allen who produced one of the BBC’s first VR experiences,  Easter Rising: Voice of a Rebel.

“I think trained journalists know what they’re doing and will approach VR with integrity — so the only thing that’s different is a mind shift towards a different question: If I was doing this in real life — if I was bringing my niece with me to Sudan, for example — how would I curate her experience to guide her through it gently? How could I manage her expectations, what warnings would I give her in advance? It’s really moving from an intellectual intelligence to an emotional intelligence.”

Her response reminded me a lot of what I was taught in journalism school — to write to a common denominator of intellect, to write as if our audience had only a middle-school level of education. Perhaps we need to take that lesson and apply it to VR. If VR can have a greater emotional impact on an audience than traditional media, maybe we should consider crafting experiences to a certain level of emotional maturity. In Catherine’s example, her pre-teen niece.

“What’s crucially different about VR is that it’s a medium about simulation rather than representation,” Allen said. “We’re more likely to remember VR and 360 video as something we did rather than something we saw. And because that memory sticks more, it’s harder to wash away an unpleasant experience in VR. And you feel more complicit in what happened — like pulling a trigger in VR versus watching someone do it in a film. That’s one thing you have to be sensitive about, that you are going to create something that can impact audiences’ own sense of being.”

In journalism, we constantly draw lines between what people should be able to see, what people should be warned about before seeing (“This story contains graphic content”) and what people should not see, either because it’s traumatic to them or disrespectful to the subject matter — just as Francesca said. The question is, will those lines be different for VR as compared to flat photo and video footage?

To determine that line, I think it’s important to weigh the costs and benefits of each experience. What do we collectively gain from experiences like Witness: Auschwitz? And what do we lose?

And, if by chance Witness: Auschwitz turns out to be a popular VR experience, I think it’s also time to ask ourselves a more philosophical question: Why do people want to relive the Holocaust?

Are they visiting as an insensitive voyeur or an empathetic voyager?

Turns out we still have more questions than answers.

This article has been reproduced by kind permission of Sarah Redohl. You can read more from Sarah and find out more about the Witness VR experience on the Immersive Shooter blog.