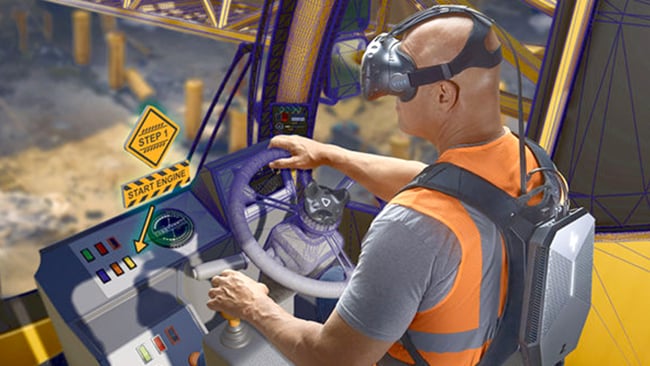 VR still has a seemingly intractable problem: there isn't enough computing and graphics power where it's needed, which is whereever you happen to be. And wherever that is, it could be a long way from a mains power supply. Laptops can help - they're battery powered of course - but carrying one with a VR Head Mounted Display (HMD) would be awkward, not to say dangerous.

When you see the pictures of the PC for the first time, it seems like an obvious idea. But it's clearly not that obvious, because as far as we know, HP is the first to produce one of these. 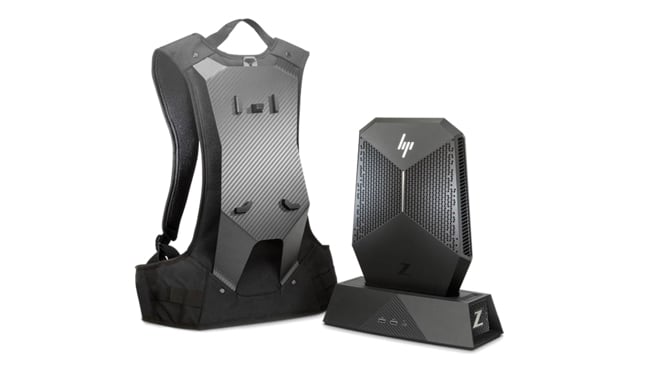 It does address a very serious point, which is that until now, truly mobile high quality VR hasn't been possible. You've either had to be tethered to a PC workstation on the floor, or tolerate the "lite" experience of a smartphone-based display. The heavy duty HMDs from Oculus and HTC need workstation power to function.

To really understand the role this PC is likely to play, it's important to realise that it is not aimed at home users. Theres a growing sense in the VR world that the big applications are not domestic or casual entertainment. The place you're most likely to find serious VR being used is where the technology solves a problem, in sectors like surgery, architecture and product visualisation.

What does this mean in practice?

Surgeons, instead of having to rely on 2D scans, would be able to peer inside their patient's body and see an accurate image of the area around where they need to work. Architects and their clients would be able to walk around detailed 3D representations of their creations - with absolutely no restrictions on their degree of movement. And designers would be able to see their work from every angle. This would be a boon for motor vehicle designers who would no longer have to rely on the old fashioned methods of making physical models: any changes would be visible immediately.

And yes, there would be a role for the Backpack VR PC in entertainment, but we suspect that you're more likely to see this as a paid-for service, in specific "safe" locations (safe in the sense that there wouldn't be any dangerous obstacles to walk or run into!).

The computer itself has hot swappable batteries and looks like it is a very thorough design. It's as far as you can imagine from a laptop or desktop PC rigged to go on someone's back. There's been a genuine effort to make this work as a wearable PC. It's a workstation-class computer with an Intel Core i7 vPro CPU. The GPU is an NVIDIA Quadro P5200 with 16GB video memory.

There's a docking station that can be used when content creators are designing their work. This means there can be a very quick transition between "Creation" mode and "VR Experience" mode.

We really like this "out of the box" thinking by HP. It puts practical, problem-solving VR on the map, defines a brand new PC form factor, and it reminds everyone that VR is here to stay.