This problem with Virtual Reality displays needs to be fixed 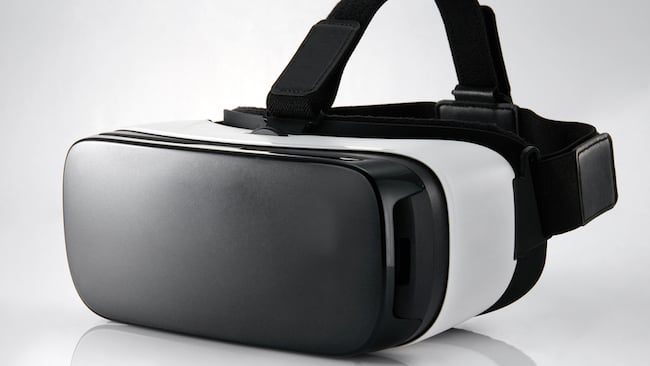 One of the criticisms being levelled against the first generation of mainstream VR displays is a lack of resolution and sharpness. Phil Rhodes on the problems you have when your screen is only centimetres away. 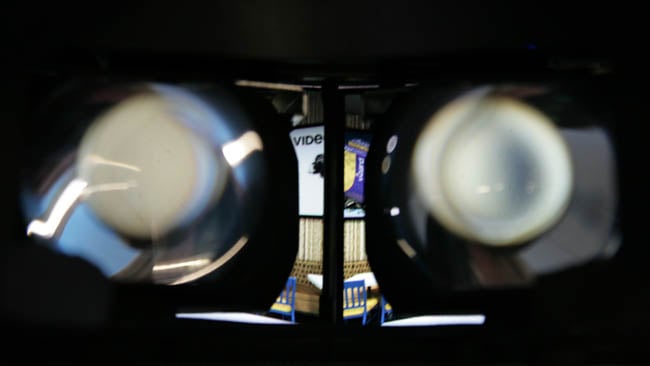 VR display technology - on the cusp of greatness

A lot of professional equipment for the film and TV industry depends heavily on the research and development done in other fields. Good examples of this include:

For that matter, the availability of extremely high-performance camera sensors is probably drawing strongly on the development work that's being done to sell more stills cameras, with ever-bigger numbers attached. This is great — this is applied science at work and to this cooperative development paradigm we owe things as significant as the modern internet. The problem is, though, that the desires of the industries which gift us these technologies don't always align with our own.

Our needs vs. those of the industry 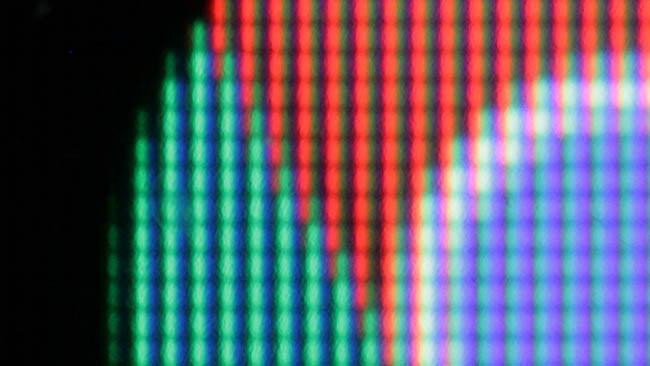 Nowhere is this more apparent than in the field of VR, which has already benefited from several of the things we've already talked about. When it was first tried as a consumer-targeted idea in the 1980s, almost nothing about virtual reality was ready. There were no reasonable displays that could feasibly be head-mounted and even rather unreasonable, cathode ray tube displays still made for a bulky headset. There were no computers, at least outside of a money-no-object military simulation environment, that were really capable of rendering a two-dimensional view of a three-dimensional world with adequate performance, much less with stereoscopy. Both of these issues have been addressed — and in spades — by the developments we've already talked about in display and computing technologies. 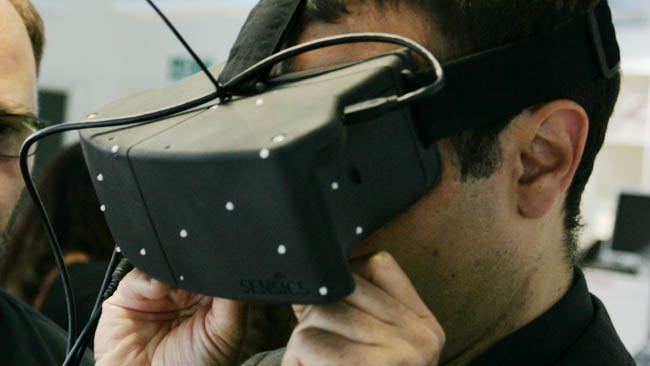 Products such as Starbreeze's StarVR headset is a child of this process. It uses a pair of 2560 by 1440 pixel displays, each of which is five and a half inches diagonally and which — we can guess quite reliably — exist because people wanted displays for tablet computers that could render text at the sort of resolution used by conventional ink-and-paper print processes (the equivalent resolution is a shade under 550dpi.) Two of these displays provide not only comparatively high resolution at over 5K across, but also a panoramic view of over 200 degrees, which is wider than the (often, roughly) 100-degree field of view offered by a lot of other devices. 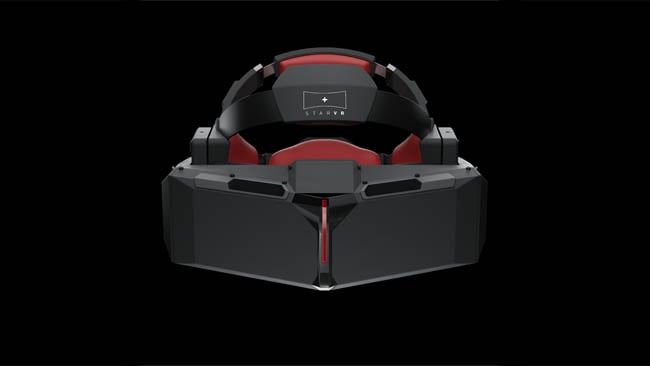 This all sounds great, but if we think about this for a moment, a couple of problems might spring to mind. First, there has been significant criticism of VR that existing headsets have lacked resolution during recent history. StarVR's headset adds more pixels but then stretches them out across a larger field of view, so that the resulting effective pixel pitch might end up being fairly similar to what's already available. The increased field of view is very welcome, but it only solves one of the problems. We might surmise that the problem is connected to the practicalities of creating an optical setup which allows the wearer to view all of the fairly large, 5.5” displays. Is it possible to pack those pixels down into a smaller field of view? Well, maybe, but we really want the wide field of view and the enhanced resolution simultaneously.

The tablet and phone market and VR resolution 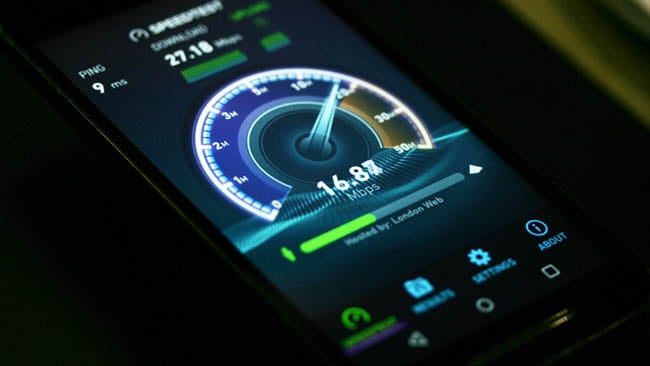 There is a limit to how high-res a display can usefully be. This phone has a five-inch, 1280 by 720 display and still defeats the eye's resolution at normal distances

The problem is, the tablet and cellphone market has absolutely no reason to give it to us. A 2560 by 1440 tablet five and a half inches on the diagonal is getting quite close to the limit of what we can see, depending on how far away it is. To put some numbers on this, various sources tell us that the average human eye can, in normal lighting, see details as small as 0.6 to 0.7 of an arc-minute of angle, or 0.017 degrees. Running the numbers, we discover that if a 5.5-inch, 2560 by 1440 pixel display is viewed from about 20 inches away ± which is probably a pretty normal viewing distance for a tablet — we are some way from being able to see the individual pixels.

To some extent, big numbers sell products and the desire of marketers to show those big numbers followed by a “K” means that the ambitions of manufacturers aren't necessarily controlled by what's practically useful. There's at least some small argument to deliberately exceed what the eye can see in order to ensure the best experience for everyone. Even so, there's very little market other than VR headsets to produce displays with a high enough resolution to satisfy the full human visual field. At 10 inches, a 2560 by 1440 5.5” display fills about 30 degrees diagonally and has about 3000 pixels across that diagonal. Even without eye movement, humans have a field of view slightly exceeding 180 degrees, so to keep the same pixel density in our VR headset as the tablet at 10 inches, we would need a display more than 18,000 pixels wide.

This is not currently possible.

Tricks, such as eye tracking, to determine what part of the display the viewer is looking at can help out with the processing power required to render these enormous displays by ensuring we only perform high-resolution rendering on parts of the scene which will be seen with the most acuity. The high-resolution display, on the other hand, is required regardless, and there is practically no application for it outside VR.

There is a danger of this becoming a chicken-and-egg situation. While VR equipment sells in small volumes, its improvement does not warrant significant R&D expenditure. It's hard to say whether technical problems such as the underwhelming resolution are responsible for this lack of uptake. VR is currently good enough to work convincingly well and the high price of early adoption may represent a larger part of the problem. Still, lots of companies are spending on VR, presumably in the confident expectation that this slightly circular problem is solvable through sheer engineering and marketing effort. 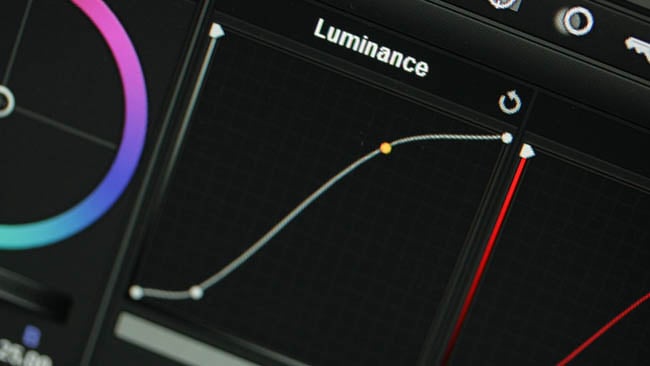 If it were not for computer games, this would not be available at a dozen times the price

Which, given the huge potential that's almost universally perceived for VR, may not be unreasonable.