Is Apple investigating VR? Of course it is! 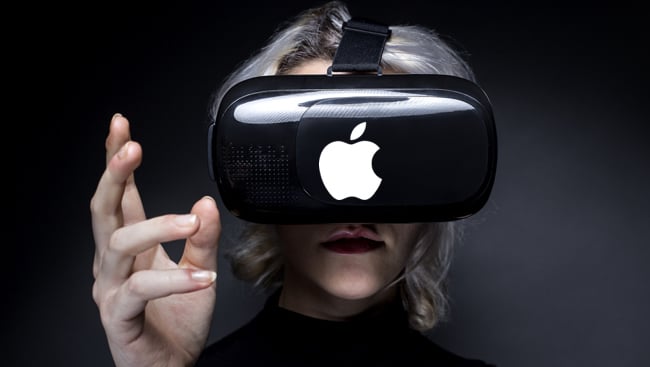 Coming to an Apple Store near you soon?

If you were at CES this month, you’d have seen that, from headsets to plank style interfaces to let you fly inside a game, interest in virtual reality is exploding. And it’s not so much a case of if but when Apple decides to join in.

Apple is always looking for the next big thing, and with sales of the iPhone and iPad brisk in the beginning, but now plateauing, the company is looking for what comes next to attract the faithful. Virtual Reality seems like it could be that very next big thing.

But while other companies are taking a virtual approach, the word on the street is that Apple is looking closer to augmented and mixed reality, which would provide a virtual layer on top of what our eyes see every day. Apple has seen the impact of AR in such apps as Pokemon Go, and it expects this to be the future for gaming and social media in the future.

Augmented reality is beneficial to Apple's overall ecosystem, because it could mean selling more apps and media. Augmented reality puts a layer of information over what we see, and with that, people could play games and use utilities that interact with the real world. Once AR catches on, the company that has the most established ecosystem will stand to benefit from its key features.

Google tried the AR route with Project Glass, but it was met with a sudden backlash over privacy concerns. Coupled with it's atmospheric high price of $1500, and the company being unprepared for the reaction to this new and emerging technology, it died a quick and painful death before its time.

One year later, VR and AR is all around us. Since Apple is known for letting other companies blaze the trail while it sits back and learns from their mistakes, the time would seem to be ripe for Cupertino to get in on the mix.

To that end, Apple has been hiring up top talent from competitors such as Oculus and Magic Leap, and buying several VR and AR related companies to bring their apps into the fold. Next comes hardware and, according to tech journalist Robert Scoble, the company is working with Carl Zeiss to develop a signature augmented reality optical array which will be not only high performing, but also have that Jonny Ive form that we have come to expect.

“A Zeiss employee confirmed the rumors that Apple and Carl Zeiss AG are working on a light pair of augmented reality/mixed reality glasses that may be announced this year,” Scoble teased on Facebook.

Scoble then went on to point out that while Zeiss was set in the middle of the VR Pavilion at CES, it had nothing to show. “I said "Tim Cook didn't let you" and the employees around me smiled nervously,” Scoble quipped.

Working with Zeiss and its new high profile talent, analysts like Min Chi Kuo believe that Apple's strategy could leap ahead by three to five years, and it will not only corner the market in AR games but also applications that can filter down to every day life, including interacting with smart cars and the iPhone.

If it gets it right, it’s only a matter of time before people will think Apple started the whole thing.

A tip of the hat to Thrillist.