The chicken-or-egg dilemma of mobile VR 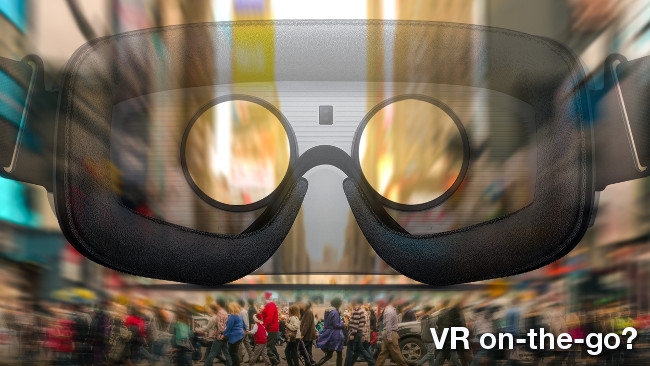 In the wake of MWC 2016, which was dominated by virtual reality products and news, a question arises that fuels skepticism of mobile VR.

Pressed to pick an unofficial theme for this year's Mobile World Conference (MWC), attendees would likely utter "virtual reality" without a second thought, as big-name manufacturers trotted out their upcoming products and visions for the future of mobile VR.

After taking a quick inventory of VR-related products teased at MWC, the impact of VR on the mobile industry is readily apparent. Samsung led the charge with the announcement of the Galaxy S7 line of its popular Android phones, a promotion for free Gear VRs for S7 preorders and the Gear 360 camera, with the help of Facebook founder Mark Zuckerberg, whose company Oculus has collaborated with Samsung on its VR products. 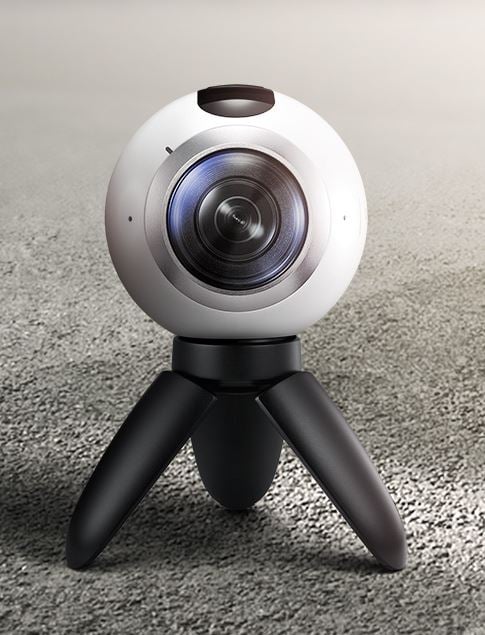 One of the most interesting news items surrounding Gear VR didn't come from Samsung, but rather SensoMotoric Instruments, which has previously demoed its eye tracking and foveated rendering system for Oculus DK2. Foveated rendering simply means that the only part of the image that is rendered at full resolution is the area you're looking directly at. At MWC, SMI showed off a hacked Gear VR with foveated rendering, which is a harbinger of the sort of functionality we'll see in proceeding generations.

LG surprised many by debuting its own VR-headset, the LG 360 VR, which contains its own dedicated screens, but cord tethered to the company's G5 smartphone. This design represents a departure from the smartphone snap-on styles of the Gear VR and Cardboard viewers. Critics have mentioned light leak as a concern, as well as latency, but this is a pre-release version of the product, so there's the chance that the consumer version addresses those concerns.

HTC may have pulled off the biggest reveal of MWC, ironically for a product that is not mobile. HTC showed off its Vive VR headset, a premium PC-enabled device, and finally announced pricing. For $799, consumers will get the Vive headset, base stations (for depth sensing and full-body tracking) and motion-style controllers. It was almost universally expected that the Vive would retail for more than the Oculus Rift, which will be available for $599, but the Rift (ast release) will lack the motion controllers of the Vive, although the Oculus Touch controllers should arrive later this year. While pricing of the Oculus Touch controllers have not been revealed, when you take into account what the HTC Vive offers at launch compared to the Oculus Rift, the Vive may be the better value.

Rounding out the MWC VR news, Alcatel debuted its mid-tier Idol 4, with a nice feature (or gimmick, depending on your level of cynicism). The retail box for the Idol 4 is actually a Google Cardboard-style VR headset, which is a quaint attempt to position a product for VR use without really having to offer anything new or innovative.

Conspicuous in its Absence

There is considerable excitement in the mobile space for VR, so much so that although there is currently just one mass consumer mobile VR product available, Samsung's Gear VR, data firm SuperData Research has projected $861 million in revenues for mobile VR in 2016.

So, everything's blue skies for mobile VR? Well, not so fast. Doubt has crept in, taking the form of a rumor that proved untrue and the reason why it did not come to pass.

In the run-up to MWC, there were rumors circulating that Sony would unveil a VR product like the Gear VR, but for its own Xperia smartphones. In a Sony company blog post back in October 2015, it leaked some news concerning its intentions for its phone with the 4K display: "Xperia Z5 Premium is capable of offering the clearest, sharpest Virtual Reality platform – we’re working on a few things here internally, so stay tuned for more news soon."

Fast forward to MWC 2016 and Sony has yet to produce its own VR add-ons for its Xperia line. According to Hiroki Totoki, chief executive of Sony Mobile, in a conversation with Financial Times, spoke to the core problem with launching such a product, a problem that's shared by all mobile VR entrants:

"We can do it today...the real issue is content. The device is ready, accessories are ready but the content is not ready. The use case is key to developing a real market. We have to think about the use case and then the device otherwise it becomes a gadget that gets thrown anyway in 2-3 weeks."

If we take Totoki's statement for face value, then Sony is essentially sitting on its Gear VR competitor product, because Sony does not know why people will continue to use it after the initial newness wears off. Sony's attitude to mobile VR, at this nascent stage, is in stark contrast to that of the PC and console-enabled headset makers (Sony included). While proponents of mobile VR tout the ability to go anywhere, free of cord tethers (except in the case of the LG 360 VR), those who have placed their pre-orders for console or PC-VR systems can tout not only higher specs, but also that they actually know why they're devices exist, beyond the novelty of immersion.

The real advantage of home VR lies in the fact that the devices have been resolutely branded and positioned. Sure, Playstation VR, Oculus Rift and HTC Vive will undoubtedly offer social apps and layer such experiences into its games, but there is no ambiguity about what these machines are: gaming devices.

In search of a use case

For their part, both Samsung and LG have attempted to answer the question of mobile VR use case by introducing 360-degree VR cameras. Samsung's mobile VR ecosystem is obviously more mature than LG's, but both should be commended for offering a solution, even if that solution may not be the primary reason people use mobile VR a year or two from now.

By releasing a 360 camera, the assumption is that people will want to take 360 videos and watch and share them for view on the respective headsets. In my estimation, this is more of a stop-gap measure, as the ideal VR experiences, whether mobile or otherwise, involve greater degrees of interaction. However, I believe there is something to mobile VR as a compelling creator platform, just not in the ways that Samsung and LG may presently envision.

When regarded as a potential creator platform, the possibilities of mobile VR really bloom. Making art, music, films, almost anything you can imagine, can be created while immersed in a virtual environment with virtual tools. VR-on-the-go translates into being able to work on your creation anywhere, at any time (obvious safety considerations notwithstanding). Paint, sculpt, edit or direct in shared, virtual environments, possibly for an audience of avatars, each connected to a real-life person connected to the experience. In that vien, here's another look at Disney animator Glenn Keane painting the iconic Little Mermaid in virtual reality:

As mobile VR progresses, expect content creation and associated social activity to move increasingly to immersive spaces. But there will undoubtedly be growing pains along the way, as the industry struggles to figure out what should come first.