VR is happening now, and we're ready for it 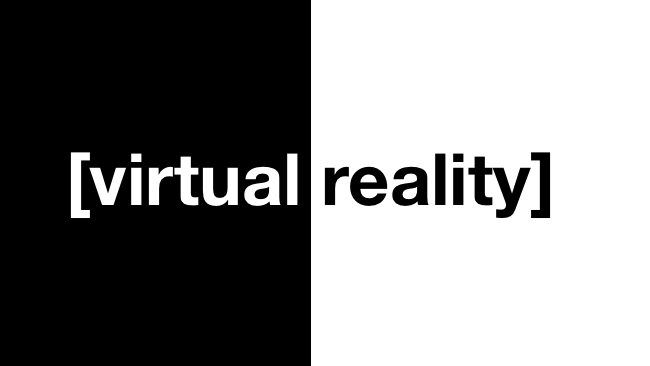 RedShark is going to be right there for the VR revolution.

You might have noticed that we've recently added a new category to the top of the RedShark homepage: VR & AR.

First of all, for anyone who doesn't know what those letters stand for, it's Virtual Reality and Augmented Reality. We'll explain more below and show you why this is an important subject area for RedShark readers. If you're absolutely never going to be interested in VR and AR, then don't worry: just ignore it. We're increasing the amount of content in RedShark all the time so if you don't like VR - it's not going to dilute the topics that you really do like. But check in to the VR section occasionally - because it will affect you: we guarantee it!

Why have we done this? Aren't AR and VR more to do with the games industry than making films and videos?

Well, yes, that's essentially right. But in future, it's hard to think of any discipline that has the more potential to affect and disrupt the movie and TV industry. And that's not to mention every other industry as well.

Because VR and AR are now at the stage where they're not only possible, but affordable as well.

Computing power (often abbreviated these days to "compute" power) is almost commoditised now. Smartphones are as powerful as games consoles were just two or even one generations ago. And screens - in fact, really great, high resolutions screens - are astonishingly cheap compared to anything even a few years ago.

Along with this, it's much easier to track users' positions, with technology that is utterly familiar to consumers - Microsoft's Kinect is a good example, and there are others.

Just look at what's been happening recently: new VR masks/visors/helmets are appearing almost every week; the biggest social media company has bought the leading VR company; and out in LA, where our US Editor, Patrick Taylor, is based, there are more VR companies than fried chicken outlets. We may have overstated the last one, but it's quite amazing to see how many startups are now working in the field of VR.

And that's not just the ones making VR hardware. Then there's the software part. It's going to affect almost everyone.

There are downsides and objections. VR is seen to be intrinsically anti social. But there are answers to this - and we're preparing an article about this aspect.

This is right at the very beginning of the VR/AR revolution. We think it will be the most impactful and the most disruptive change to our industry that there's ever been. We don't know how long it will take, but it will happen. And at some point, it won't matter whether you're watching a film or walking down the street, but we will find it hard to live without a virtual overlay on the real world.

So - what's the difference between VR and AR? Augmented Reality is where you're still able to see the real world, but you have virtual objects overlaid onto or into it.

So you might imagine looking at a table in your office, and seeing (you and everyone else wearing suitable hardware) a three dimensional building sitting on the table top. As you move, your perspective on the building changes. If you move away it gets smaller.

Lean towards it and it gets bigger - but always in proportion to the room and the real objects in it.

AR has incredibly powerful reasons to be adopted by the medical profession. Imagine a neurosurgeon looking at a patient on the operating table, and seeing an MRI map of their skull and brain, overlaid to the nearest millimetre. That's transformative, and once we've had it, we'll find it hard to live without it.

What does this mean for filmmakers and other content producers? It's very hard to say. But it's not hard to see how much it's going to change the way we record the world. We'll need new types of camera and different ways to post produce. Film production sets will look different and we'll see much more CGI and computer games technology used in filmmaking.

To some extent, we're at the stage where everybody still has to make things up as they go along. It's the Wild West, and it will be for some time. We hope that there will be early successes in standardisation, but with the internet and superfast broadband, much of the technology is already done.

Things are moving breathtakingly fast. We'll do all we can to make sure you don't miss the excitement, and the fun.