This could make it possible to walk around inside your video

3D video - not just stereoscopic video but moving images that you can literally walk around - will need a different kind of camera.

We've already seen all types of "3D" cameras, from "conventional" stereoscopic arrangements to the Microsoft Kinect that's associated with the Xbox consoles.

These latter devices are capable of recording and re-creating virtual objects in 3D space.

It's all very impressive, but the detail from the Kinect is nowhere near enough to make 3D models, and - moving back to the idea of video - you would need a detailed 3D model to have any sort of video virtual world in which you could walk around and look at (relatively) HD objects.

The Fuel 3D is a handheld 3D scanner that can produce detailed, coloured 3D models that can be turned into real things with a 3D printer, and into participating objects in 3D animations and virtual worlds.

There's a big difference between this device and one that could work in realtime but it's only a matter of power, resolution and bandwidth, we imagine. (We say "we imagine" because there really isn't much concrete information about this device - but we can definitely see the potential for it!). 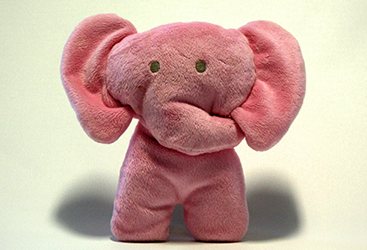 The Duel 3D device seems to be reasonably detailed and accurate - it can even scan a soft fur toy and get a good result. You would need to have this kind of performance, or better, for this to be able to create realtime immersive video that you could walk around in.

For now, this is a long way off, but all the pieces are coming together surprisingly quickly. With the likes of the Oculus Rift and Sony's Morpheus, displays won't be a problem. It's just the content we need for them now.