Lag-free virtual reality soon to be in 4K 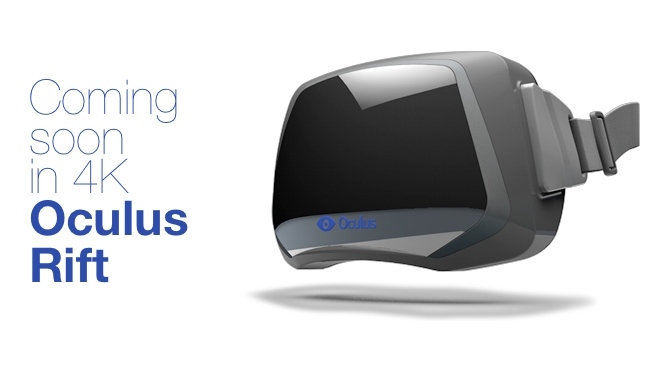 Lag-free virtual reality soon to be in 4K

One thing that virtual reality has always needed, and sadly lacked, is, you know, reality

It's not surprising when you think about it. Not only do VR systems have to project a convincing image in front of you, but they have to generate the model the image is based on as well.

That's a lot to ask of any system, and, when you look at the early attempts that were lamentably lacking in any sort of detail, it makes you wonder why people didn't give up there and then. Well, actually, most of them did.

Remember the Dire Straits video for "I want my MTV"? Until fairly recently, virtual reality hasn't looked qualitatively much better than that.

And even the systems that did look pretty good had a lag that was more appropriately measured with a calendar than a stopwatch. Latency of this sort is the very last thing that you want with a VR system is for it to respond slowly. The key word here is "reality", and, unless you have something badly wrong with your inner ears, the real world doesn't take multiple seconds to move past as you glance from one side of the room to another.

In more recent times, a parallel use case for VR has evolved: Augmented Reality. This is where a virtual world is overlaid onto the an image of the real world. To call it a virtual world is probably a bit of an overstatement because AR is more often simply a case of placing labels and signs correctly in a real 3D vista. But, it still doesn't work well when there's a lot (or virtually any) lag.

This is where the Oculus Rift comes in.

We've talked about it in detail here. The device is notable for its lack of latency. The excitement that surrounds it is simply because it's the first device that is realistic in its response to the user's movements.

And now, it seems, the very last frontier to utter convincing-ness is about to be crossed because, according to gaming site www.vg247.com, the company's CTO, John Carmack, has said that a 4K headset is "in development".

Exactly what that means is by no means clear: it might just mean that it's on a "to do" list - or it could be that it's in working prototypes now.

Either way, the Oculus Rift is by far the most convincing VR display so far precisely because it overcomes latency.

And we still think that VR might be one of the ways that we'll be enjoying video for entertainment in the not too distant future.