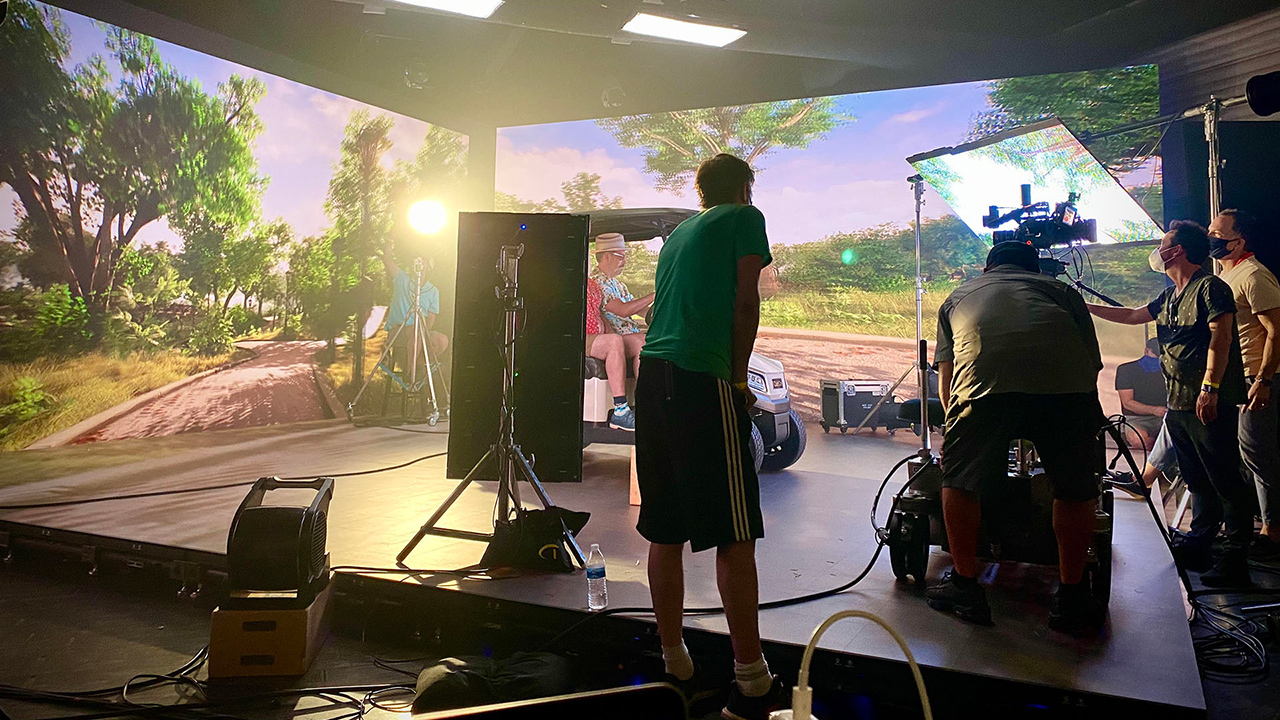 Virtual sets are a major reason why some productions have been able to start up again.

When COVID-19 spread across the world, a global quarantine was put in place. Nearly every industry was shut down, save for a few essential businesses. The film and video production industries were put on pause as studios, networks, and producers worked to figure out ways to safely restart filming. The answer came in the form of 'virtual production', and a bubble similar to what the NBA did at Disney World in Florida.

I spoke to Paul Diaz, Production Manager at NEP Sweetwater in Los Angeles, to learn more about how film and video production has safely restarted in a bubble environment.

For many years, movies and TV shows requiring complex visual effects would often use green screen and blue screen to film actors. Later in post-production, the visual effects team would add in the background, plus any other elements such as creatures, sets, etc.

Now, with a combination of practical sets (helping with performances vs. 100% green screen), Augmented Reality (AR) and an LED wall created from panels, filmmakers can capture these virtual sets and visual effects in-camera and in real-time, thanks to game engine technology.

As The Mandalorian has shown, the results are stunning, and there's no need for on-location filming. It's more cost-effective, and the visual effects are created in pre-production. The virtual sets can live on a hard drive for reshoots, sequels, or in the case of a TV show, another season. Meanwhile in post, it's more about fine-tuning the shots as the editing takes place.

"The extended sets, augmented reality, and a lot of the in camera effects are definitely coming more fast and furious," explained Diaz. "It's more often that we're getting requests, or directors and studios interested in how to achieve that." 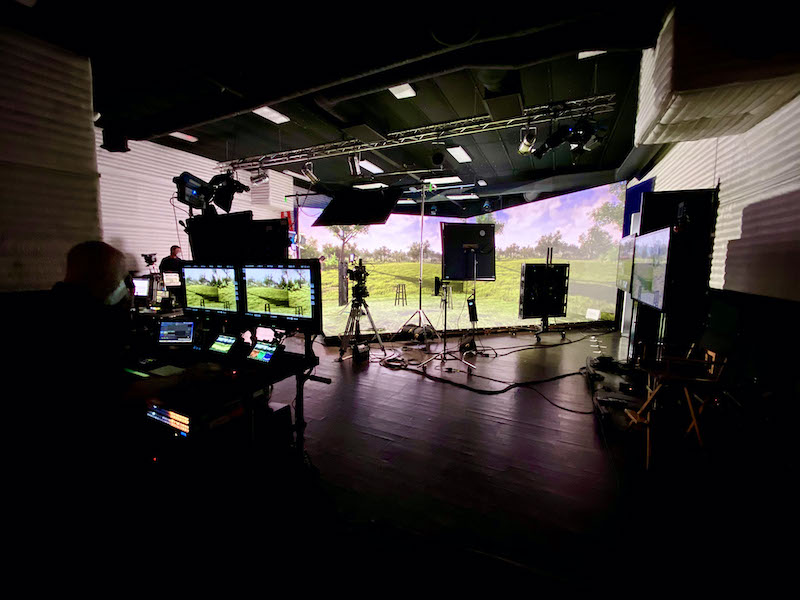 The LED panels are 1 foot by 1 foot (30.48 cm x 38.48 cm), with a tight pixel space to help give the camera more depth and focal range, such as one millimeter pixel space and thousands per panel. In addition, the LED panels allow for much more accurate color temperature, highlights, and more.

"The last Star Wars films that came out, a lot of those backgrounds, the space backgrounds, that's LED," said Diaz. "When it's done right, it blends right into whatever you're shooting."

Keeping the Cast and Crew Safe

Safety is always the top priority on any set, and productions around the world are taking important measures to ensure everyone working stays safe in the era of COVID-19. With virtual sets, there's no need to go on location to film, whether it's outside or indoors, which keeps the risk factor down.

The cast and crew are essentially in a bubble, like what the NBA did, and they are tested prior to entering. There are no outside vendors coming and going, everyone and everything is in place for the shoot. Testing and temperature checks happen frequently, and masks are mandatory for the crew, and also cast when not filming.

In addition, crews come in to work in groups and arrive in stage, not all at once, such as those laying cable, those building sets, those who will be testing things, etc. It keeps the number of people working lower compared to tradition sets, either on stage or on location.

On the downside, the teams are away from their families longer, if the filming is, say, six to ten weeks, plus additional quarantine time prior to production. 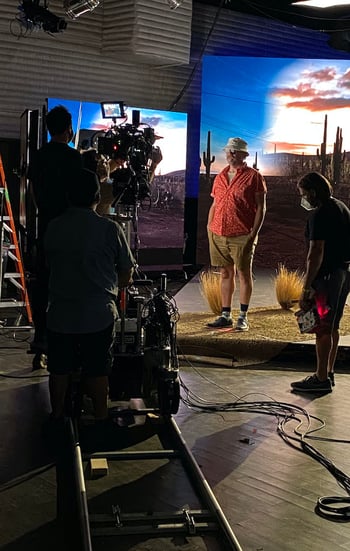 NEP Sweetwater also specializes in LED panels for live events, and with COVID-19, many of those events have gone virtual. Instead of a standard Zoom-style meeting, Diaz explained that the panels can help make the hosts appear they're on a huge stage.

"We have a little LED floor, a little LED background, and with the extended set, you could make it look like they're on this big stage in a convention center," he said. "They can have more of a TED Talk-style convention to where you could have breakout rooms and build virtual sets. There can be another keynote speaker, and they could appear next to the host on the LED wall and have a conversation."

As more and more productions of all sizes and budgets opt for filming on a stage with LED walls and virtual sets, casts and crews worldwide are safely getting back to work. And with safety measures in place, many of those sound stages and studios can continue to stay open, allowing for more movies, TV shows, and video projects to continue filming.

Learn more about NEP Sweetwater by visiting its website.