Using Insta360 cameras to capture a unique Formula One video 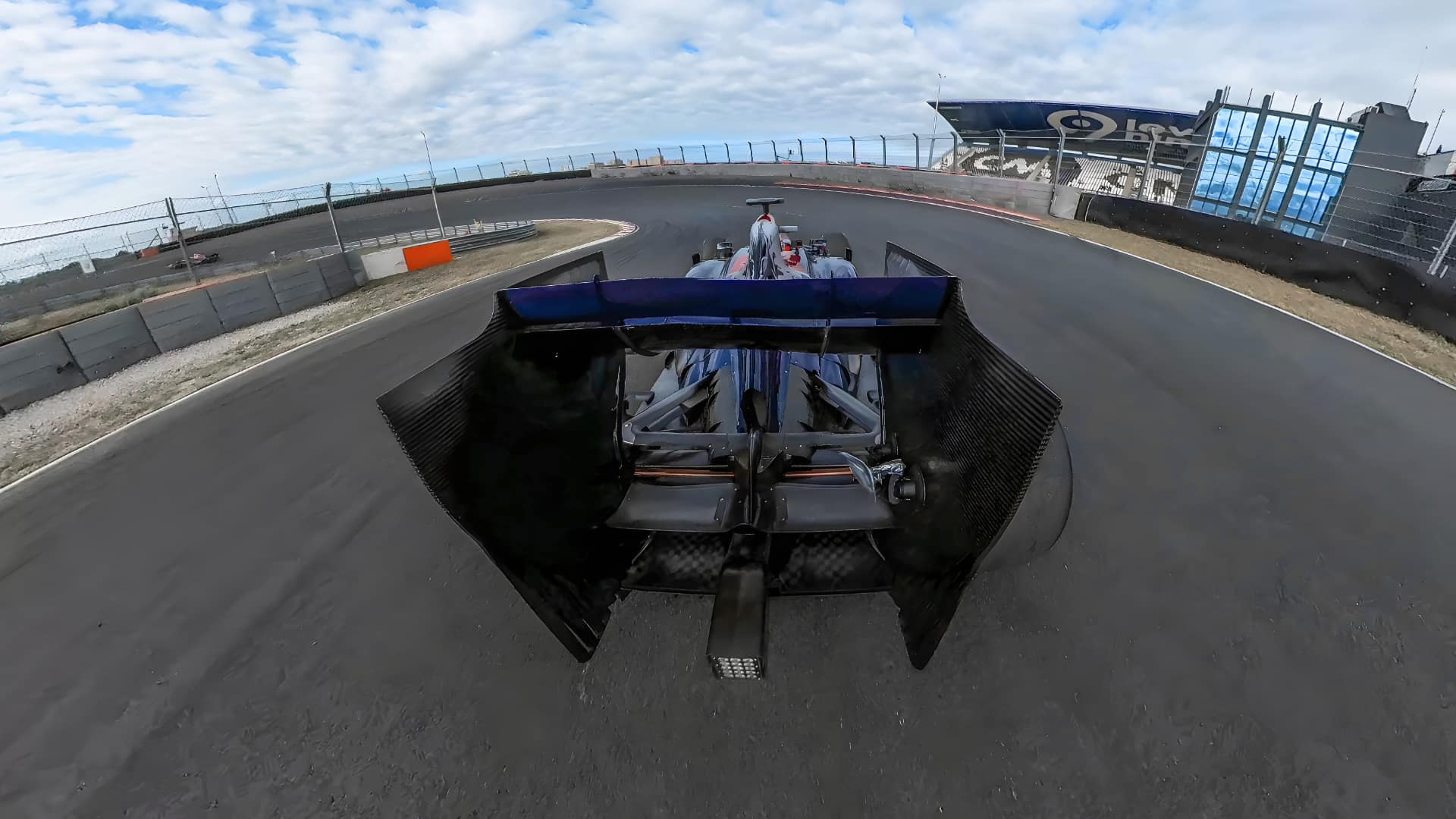 You want high octane thrills? Spend 90 seconds riding along with Wolfgang Jaksch in the 2013 Scuderia Toro Rosso STR8 Formula One car around the sinuous Zandvoort circuit in The Netherlands.

Courtesy of Rick van Barneveld, full time engineer, motorsport enthusiast and freelance video maker, we have this wonderful bird’s eye view of a Formula One car navigating the twists and turns of the awesome Zandvoort racetrack nestled in the dunes by the side of Holland’s North Sea coast.

“As a hobby I always liked making videos but mostly that was limited to your average holiday video or for some school projects,” says Rick. “I’ve always had a big interest in Formula One (I graduated Automotive Engineering Bachelor) and thought it would be cool to do an F1 video.

“Of course, I didn’t want to make a boring onboard video as we’ve all seen that before. I wanted to try something more unique.”

Hasn’t he just. Have a look here and there’s more about how he made it below.

Inspired by Lucas Brito’s video where he put some 360 cameras on a classic Ferrari F1 car around Monaco, including that crucial third person shot, Rick thought that it would be cool to do a similar sort of shoot with a modern Formula 1 car and add some extra other angles.

“His tip was to use as much tape as possible,” says Rick. “Later, after making the video, I found out Red Bull Racing also had tried to make this shot but one of their engineers/mechanics told me later the whole setup failed after three laps.”

Having previously used Insta360 where he drove a Williams Formula One car from 2007 using the company’s Go2 action camera as a visor cam, he contacted the company about the idea who then helped him out with some suggestions as well as some camera gear and accessories.

“As you can imagine, the trickiest thing was mounting the camera behind the car,” he says. “It all needed to be strong enough to withstand the speed and the forces. To be sure everything would be secure I’ve bought some heavy-duty suction cups and did some tests to see which was the strongest. In the end I decided to use the Delkin Fat Gecko Triple suction mount. I think it was especially good to have multiple suction cups on one mount to have some redundancy in case of one cup failing due to whatever reason.

“Due to the shapes of a relatively modern F1 car there wasn’t really a good flat surface to mount it on,” he continues. “The only option was to mount it on the rear wing endplate. As you can see the stick is angled bit to the inside. I decided to do this so the camera would be in the centre of the car. The carbon fibre selfie stick can extend up to 3m but because off the speed and G-forces that can act on the car and the camera I only extended it by the smallest amount so it would be stronger and the moment on the joint of the suction cup would be less. When everything was properly secured on the car I taped over every joint and connection I could find and it felt rock solid.”

Rick says that mounting the other cameras was pretty straight forward, he put them on the action camera mounts on planned positions and tightened them a lot. The video took two sessions to make in which I switched camera positions. Because all the cameras would be getting hit by the wind quite hard, he clipped a Rode Wireless Go 2 microphone to the seatbelt of the car to get some decent quality audio.

“It was quite stressful as the car went out on track. Every time it came by the pits straight I could see the camera was still on it so every time that was a massive reassurance. In the end it all stayed on perfectly. Looking back at the footage the mount didn’t move a bit, only the stick had a slight movement which is perfectly normal.

“When looking at the footage we were really amazed by the stability of the footage. The flowstate stabilisation that Insta360 has in their cameras really does the job well! Wolfgang, the owner/driver of the car, said to me that every action camera he’d put on the car has either died or had terrible footage because of the intensity of the experience.”

Unfortunately, not long after the shoot the STR8 broke down due to cooling problems.

“But other competitors were really impressed by the footage so they asked if I wanted to put the camera on their car as well,” says Rick. "Of course I did!”