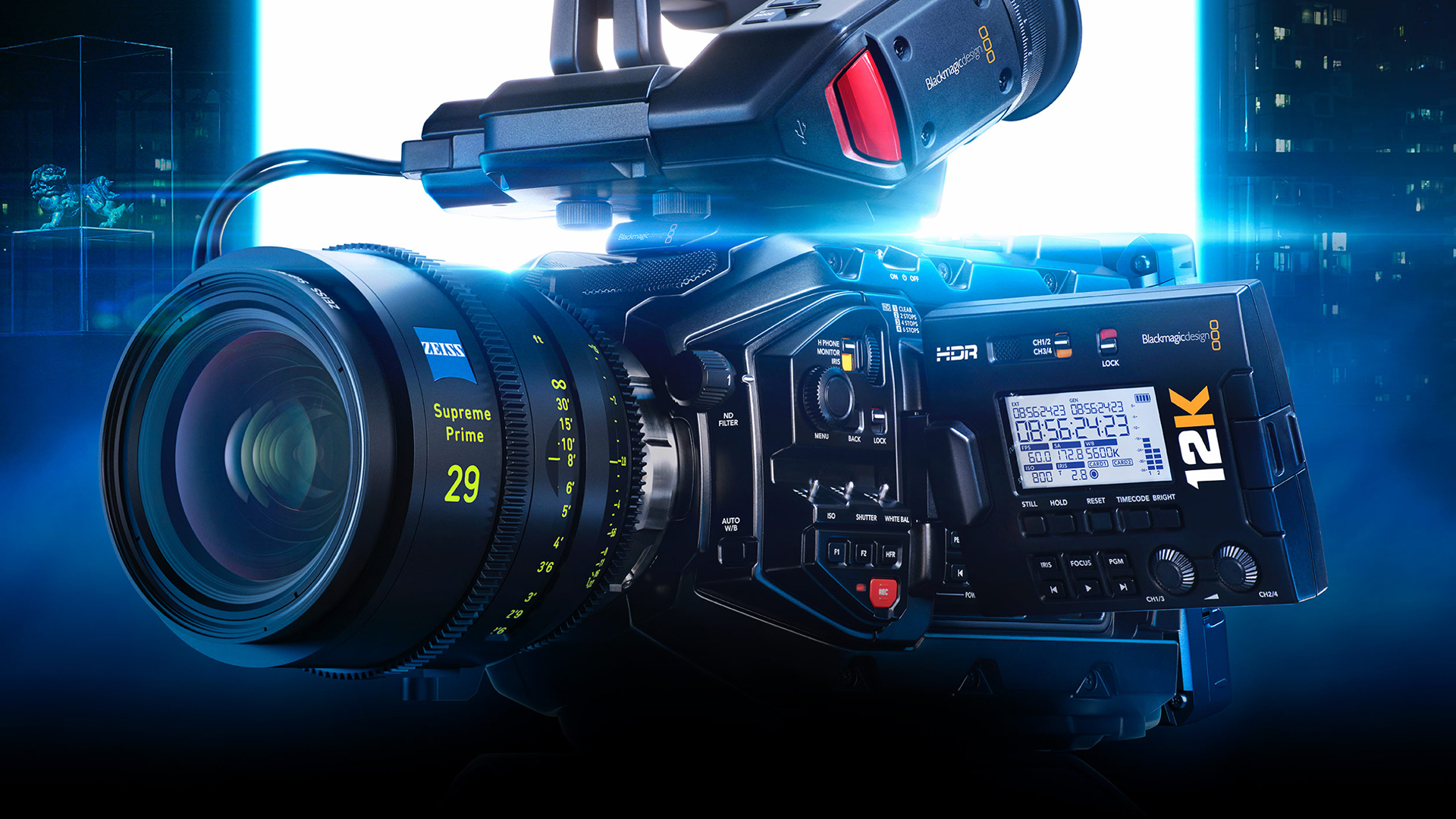 It started by showing off some footage in 6K, which seemed interesting. But then we were treated to the crop becoming less and showing an 8K frame. Had BMD made an 8K URSA? As it turned out the company has gone further and made a full 12K URSA!

Okay, so the URSA Mini Pro 12K has more resolution. 80MP of it to be precise. What’s so special you might ask? We’ve covered the benefits of extra resolution on RedShark before, but when you have a camera capable of 12K, we really are at the point where the picture is almost resolution independent. Aliasing is reduced to such a degree that it is all but invisible. High frequency lines become real world smooth, and textures are dealt incredible subtly.

The new sensor, which is S35 sized with a resolution of 12,288 x 6,480 pixels and a native ISO of 800, has been designed by Blackmagic Design and uses a symmetrical design. There are an equal number of R, G and B pixels, which will make for the highest quality 12K footage, as well as making oversampled 8K possible.

In fact the camera can be switched to 12K, 8K, and 4K modes without cropping, giving true oversampled images. Having 12K of resolution means that post processing options are open to the point of the frame being usable as a virtual camera. 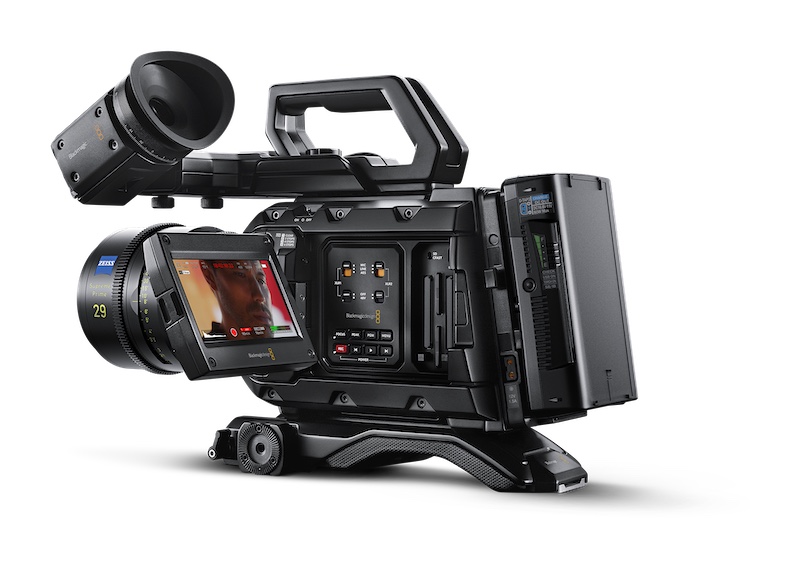 It would appear that the camera is a high frame rate junkies dream. Those frame rates at those resolutions do somewhat put the competition into the pale, on paper at least.

Demo footage was shown, and it looked very good. It is of course hard to judge a camera’s true capability from manufacturer’s test footage, so the real test will come when the camera is pushed in difficult light. With so much resolution available we’ve yet to see how well it performs in low light. Although an initial shot shown in the demo would seem to indicate it behaves pretty nicely. 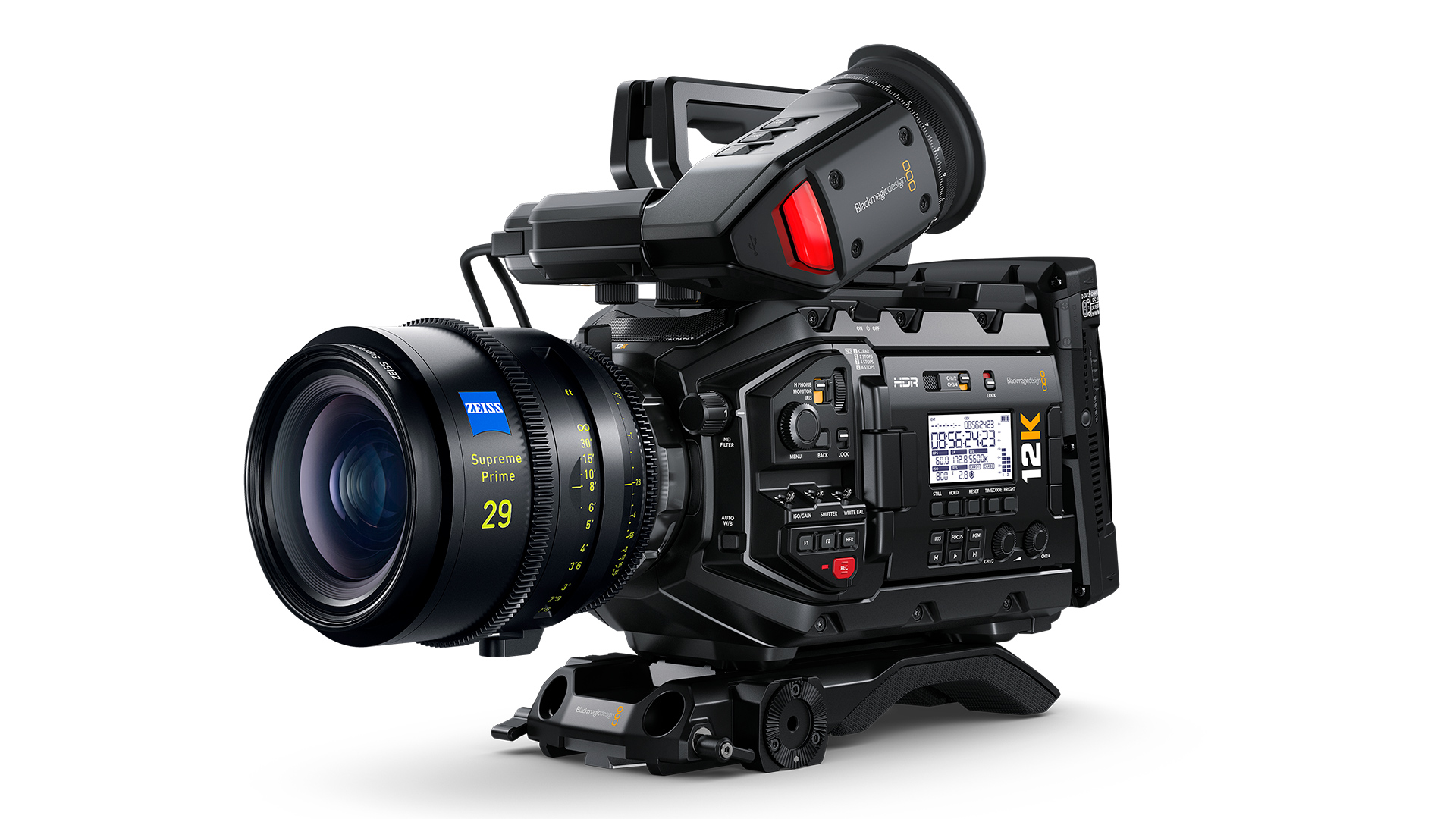 Something you need to remember when working at ultra high resolutions is that noise becomes much, much finer. And when that footage is downsampled the noise is averaged out, making it less apparent. So it will be interesting to see how this all behaves in practice and real world use.

The URSA Mini Pro 12K is the first camera to use new generation 5 colour science, which will be rolled out to other cameras in the company’s range soon. The new colour science puts particular focus on getting great skin tones.

The new URSA has a claimed dynamic range of 14 stops, and as you would expect it can record BRAW in various amounts of compression. It ships with a PL mount as standard, but can have this swapped out by users to an EF mount if necessary.

Recording options are varied, with dual CFast 2.0 being available for up to 900MB/s recording, dual SD slots for 500MB/s, or it can record to a USB-C drive. Conveniently the company has moved the USB-C port to the rear of the camera so that the side monitor can be closed while using one. 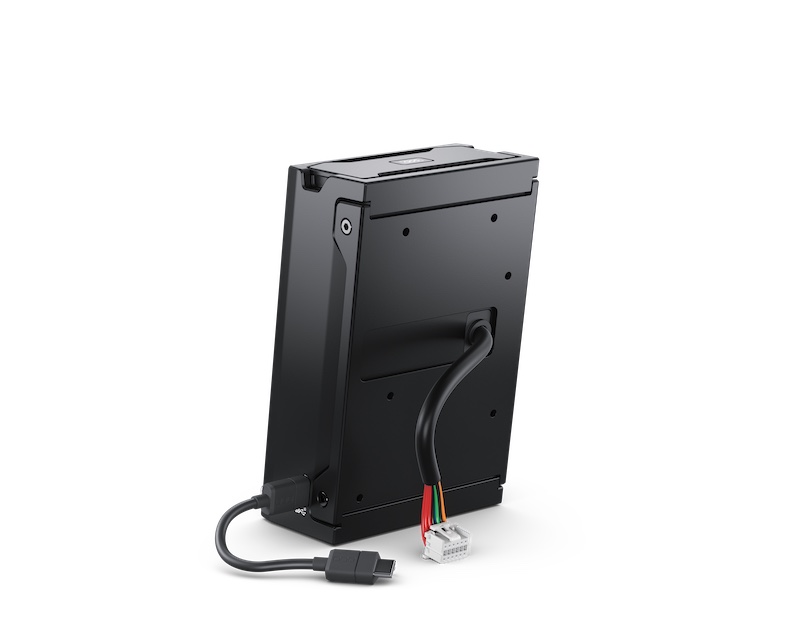 The dual card slot functionality is important because it allows the high data rates necessary to record high frame rates at the top resolutions. They also acted as a redundancy system. If one card fails the camera drops to a lower frame rate so that you don’t lose everything.

There’s also a new URSA Mini recorder that fits to the back of the camera and also uses the USB-C port. This can house NVMe drives, or with an adaptor U.2 style 7nm SSDs.

The new camera is compatible with existing URSA accessories such as the EVF, shoulder mount etc.

You may well be asking how on earth you can deal with 12K footage. However, Petty demonstrated 12K BRAW being editing on a MacBook Pro smoothly, as well as a nine stream multi-cam setup on a 2019 Mac Pro. BRAW is incredibly editing efficient. There will be a new beta of Resolve available for users to download and try some demo footage for themselves.

When can you get one?

Shipping wise, the company has said that they will be sending the camera to high end DPs first to get feedback on how it works in a creative environment, with shipping to general users in a few weeks. How much is it? Amazingly $9995, which in anyone’s book sounds like a steal, assuming it performs as well as we are expecting. There may well be some eyebrows being raised in the HQs of certain other companies right now.

That’s it for now. We’ll be following up with more information about the technicals soon. For now, take a deep breath and head on over to the Blackmagic Design website for more Information.