Miguel de Olaso, famously known as Macgregor, is a cinematographer and filmmaker based in Los Angeles. He's originally from Spain, where as a teenager, he fell in love with filmmaking. These days, he's in high demand to film car commercials, award-winning documentaries, and much more. He sat down with RedShark News to discuss his career, and also how he prefers to edit in VEGAS Pro, thanks to the speed.

In the late 1990s, digital filmmaking was truly in its infancy. Many budding filmmakers were still learning on 16mm film or even analogue video when Sony released the VX1000 in 1995 and Canon unveiled the XL1 in 1997. These two cameras arguably launched the digital filmmaking revolution that really exploded around 2000 and 2001.

Macgregor was a teenager when he decided a career in filmmaking and production was for him. He would make short films and documentaries while in high school, but his parents wanted him to become an engineer. He realized he didn't like engineering, so in the few months before he could start film school, he convinced his parents to buy him a video card with editing software included so he could cutting.

"By trial and error, I started learning everything by myself with these cards," explained Macgregor. "I would spend every single hour of the day in front of the computer trying to figure it out, learning all the codecs and everything. Then I transitioned to VEGAS 1.0 [which was audio-only], and then VEGAS 2.0 [the introduction of video editing]."

Macgregor spent a short time at film school, but wanted to get started working, and was able to move into the world of directing commercials, or acting a director, cinematographer, and editor.

He moved from his home in Madrid, Spain to Austria and Poland, to the United States and finally Los Angeles in 2009, where he began making a name for himself filming car commercials, short films, and documentaries. He even had a deal with Warner Bros. for a movie called Law Zero. But his popularity really exploded with his work on car commercials.

"I've always loved cars and shooting commercials," said Macgregor about combining two passions. "In the beginning, I filmed one or two a year, but now it's mostly car commercials. It's great, because there's always new cars that are exciting, and I get to travel, which is nice." 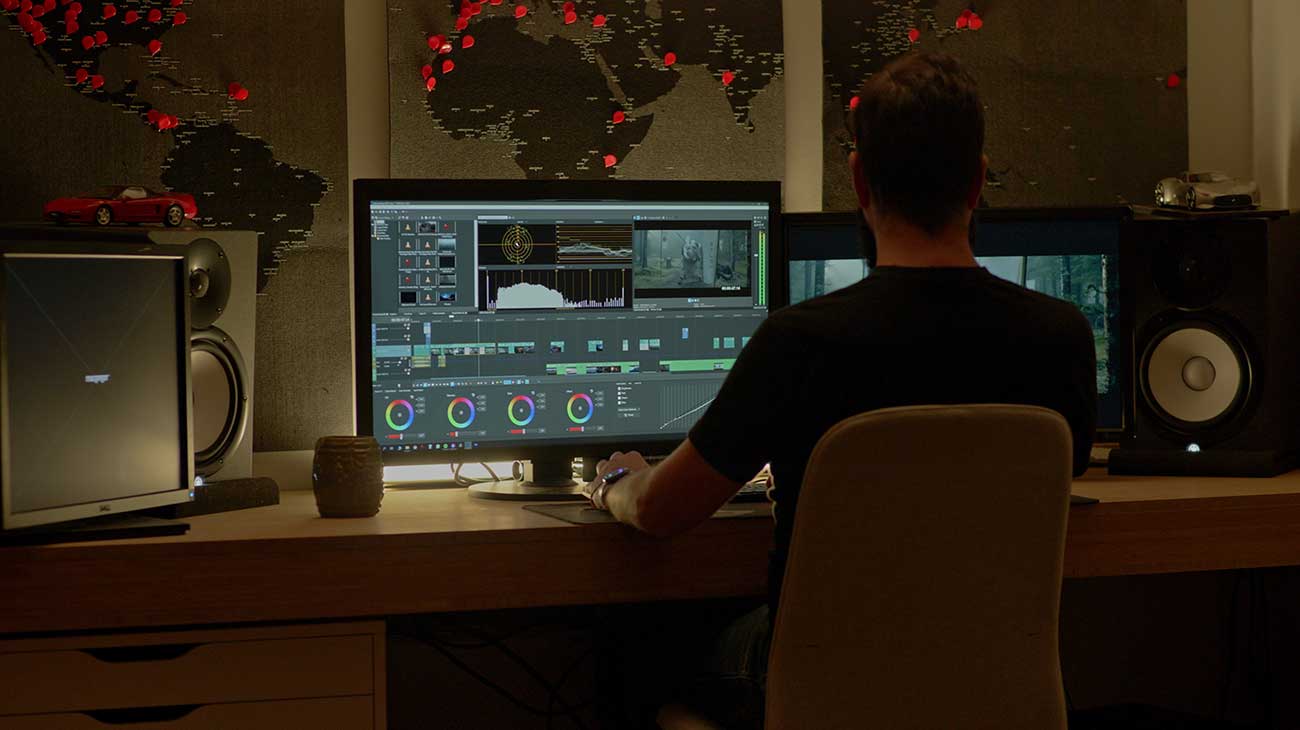 By his own estimates, he shoots 80% of car commercials, and directs and DP's 20%. And Macgregor may not have any involvement or input on the edit, depending on the region it was filmed, and the agency or studio producing the commercial or documentary.

"I was directing a car commercial a little while ago, and we got great footage, lots of high speed stuff," said Macgregor. "And after a week, the agency sent me a cut and there was no rhythm, no energy."

"By then I was filming a TV show in Thailand, and I happened to have a hard drive with the proxy files. So one night, I started editing the car commercial on VEGAS in 8 or 9 hours. I didn't sleep," he explained.

The next morning, he sent his cut to the agency. "I told them, 'Guys, this is the energy this project needs.' It looked like a finished commercial; it was graded, had mixed audio, everything."

Macgregor continued, "Obviously I'm very familiar with VEGAS, but just the fact that within 20 minutes, I started throwing the files on the timeline: Cut, crop, move left, right, and I already had something there.You don't need to render anything, it displays everything in real time.

"I was able to cut something together that would've taken days on another system," he said.

When he is involved in post, Macgregor can actually work on a rough cut while catching a ride from location to home base after a day of filming. "I can jump on the laptop with an external drive, and really quickly, I can edit a little piece, 15 to 20 seconds, with music and sound, to show the energy of the cut, especially if it's a car commercial."

In the world of post-production, time is always of the essence. Macgregor recounted a recent story that an editor was working on a commercial he had filmed, and it was taking time to prepare, edit, and add effects.

Macgregor took an external hard drive and his laptop with VEGAS to another room, and within a few hours, he had a finished commercial, complete with speed ramps, crops, color correction, music, and mixed audio. The other editor couldn't believe how fast Macgregor cut it together.

"The speed that I can work and the interface - moving layers, speeding things up - is why I love to work with VEGAS," he concluded.

Check out Macgregor's work on his site.