The key technologies that enabled vfx to go remote 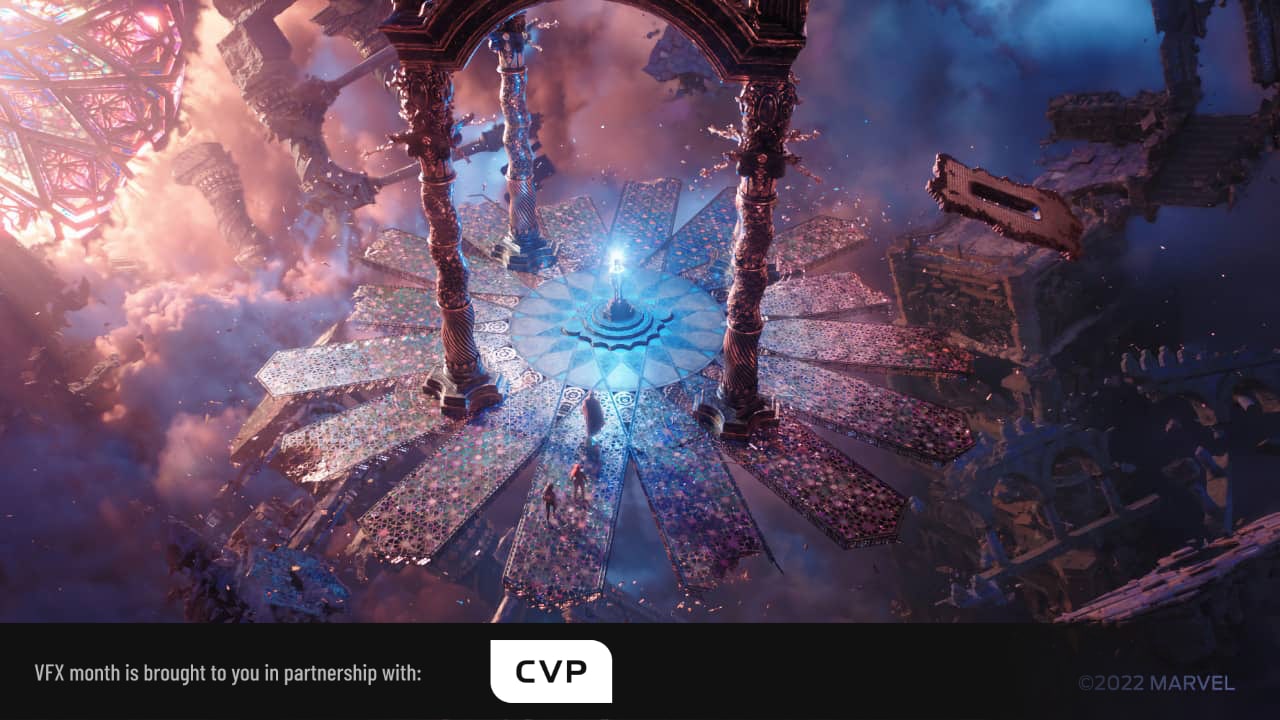 New technology meant that when the pandemic hit vfx suddenly went remote, and it’s not looking to get back into the office any time soon.

For all that politicians like to rail against the working from home culture and long to whip people back into the office, there are certain industries that have gone remote, seen the advantages, and frankly are going to stick at it. VFX is one of them.

Some of the best vfx sequences you will have seen this year were created by artists working in distributed workflows in the new hybrid workspaces. That 40-second sequence in Doctor Strange in the Multiverse of Madness where Strange and America Chavez tumble through around 20 heavily stylised and very different universes? That was put together by Framestore VFX Supervisor, Alexis Wajsbrot, and his team while working remotely.

And it’s not just about producing the sequence either. It’s about conceptualising it and  iterating it too. From start to finish, the whole thing can be done remotely nowadays. Sure there are difficulties: security is always going to be an issue when the new attack surface on your distributed devices effectively extends all the way to the beach; project management becomes trickier; maintaining company culture and cohesiveness needs a bit more planning and forethought rather than just the odd after work get-together… but the results vfx houses can get with modern equipment speak for themselves.

There are a couple of critical technology pieces of the puzzle that were already in place when the pandemic hit that meant that vfx (and, elsewhere in the industry post, and animation in particular) could pivot to remote working fairly quickly and easily.

First up, the cloud. The cloud has enabled truly efficient remote workflows and the big players are chasing the market fairly hard. AWS estimates it has over 400+ M&E partners in the media space while Microsoft’s Azure is in the middle of a five year deal with Avid and looking to sign more agreements all the time.

These join with established players in the industry for moving large files and working collaboratively, such as Signiant and Frame.io, and a new breed of companies offering global namespaces. These pretty much look and act like local drives  but can operate over multiple desktops. Some of these companies are specialists such as Pixit Media’s Pixstor, others such as Hammerspace and LucidLink are similar to the big cloud providers; industry giants chasing the M&E market as part of a wider business expansion.

Global namespaces are going to be big. Typically using AES-256 encryption to maintain rigorous security, they have a few distinct advantages over cloud-based workflows such as ending lengthy I/O processes, removing the dangers of circulating multiple versions, the overburden on artists of media management and more. And they’re integrating increasingly into established vfx tools. Hammerspace, for instance, is integrated with AutoDesk Shotgrid.

Meanwhile, realtime collaboration is an increasingly critical component of software releases. The key technology here is USD, Pixar’s Universal Scene Description open-source 3D scene description and file format, and its accompanying Hydra renderer. USD is a robust and open way to exchange and assemble data from multiple applications, and is becoming increasingly widely adopted by a growing list of software vendors including Blender, Omniverse, Maya, Unreal Engine, Houdini, and more. Effectively it removes the lock-in, allowing projects to float across multiple software packages and providing a huge new flexibility to vfx pipelines.

And lastly, kit. As long as you have the budget and the bandwidth, then having something like the Asus PA32UCG in your home studio gives you a monitor at least as good as anything you will come across outside a full-on grading suite, sometimes better. It means the tools are no longer tied to the office or studio, they can be wherever you are.

Over the tipping point

Several companies were already ahead of the game with remote when Covid hit. Having a distributed workforce saves costs on office space; saves costs on rendering by being able to move to other cloud geographies (up to 20% in some cases); enables you to crew up rapidly and readily bring in a freelance workforce; and lets you compete firmly on the global stage, even being able to follow the sun and offer a 24/7 service.

It’s no wonder that companies have little interest in going back to how it was. And if all that sounds like it could also produce a dystopian gig economy hell for the workers at the vfx coal face where a global marketplace means global average wages, the hope is that expertise, talent, and reputation will still prevail. No one pretends that it hasn’t been a tough time for the vfx industry in recent years and that some sort of reform is needed — in the way that contracts with movie studios in particular are worked out. But the flexibility of remote vfx workflows gives the companies more chances of success than failure in the future.