The future of animation production this is 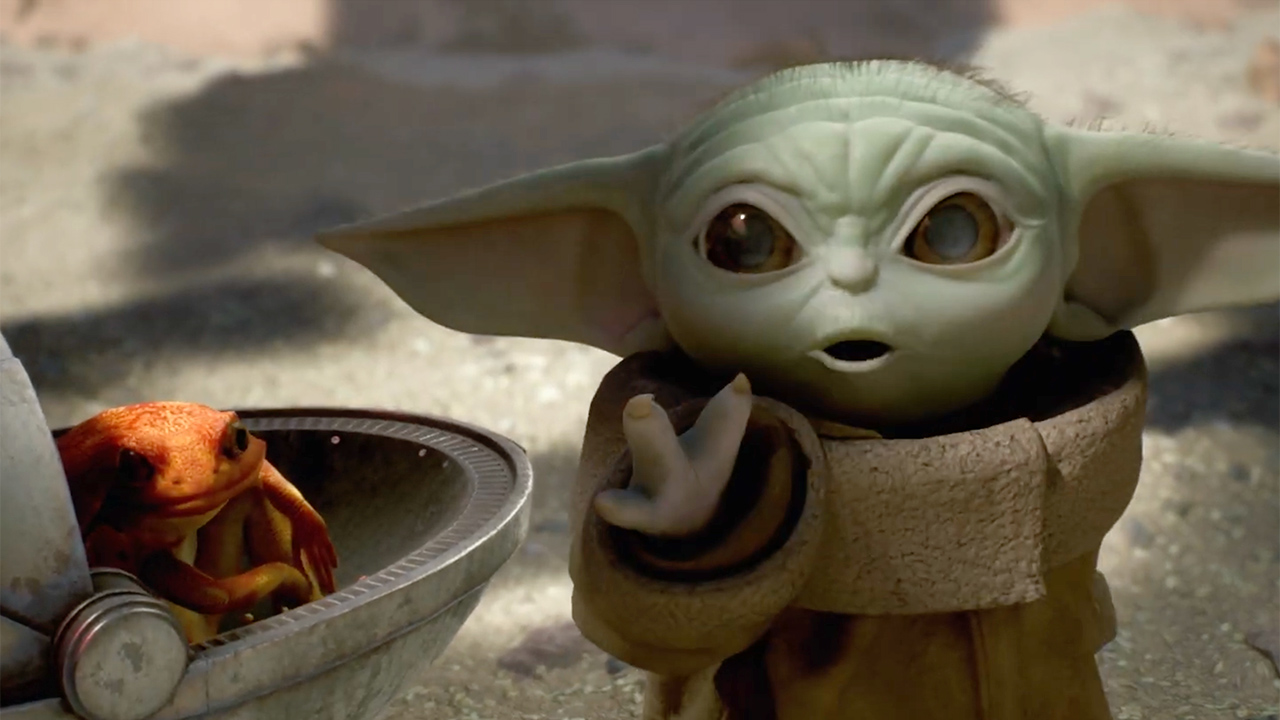 1 minute read
The Child Strikes Back, made with the help of an iPhone and Unreal Engine.

Replay: With a budget of $15 million per episode and all the wizardry and firepower of ILM and Disney, The Mandalorian would be impossible to recreate in anything like studio quality in your front room, right?

Well take a look at this new Baby Yoda fan film and then work out if it was done using an iPhone, free downloadable CG assets and other off-the-shelf tools by just one person in just two weeks - or whether the Force was with them.

“The Child Strikes Back” is created by Cory Strassburger who performed, voiced and animated the seven-minute film from concept to completion in fifteen days.

In the film, Baby Yoda (or should we be calling him Grogu?) finds his voice and makes his opinions clear in a behind-the-scenes negotiation with his agent. All of the sets (Baby Yoda’s apartment, the desert environment), the stormtroopers and agent character were low-cost assets purchased via the Unreal Marketplace and CG Trader and modified by Strassburger.

He performed and voiced all of the characters from his living room and used Unreal Live Link Face iOS app to map his performances directly onto characters in Unreal Engine.

Strassburger explains, “This whole project was about not trying to spend time doing anything elaborate or any custom build. Almost everything was art directed from what I could find online, or plug-and-play from existing assets.

“The agent was a character I found on the Unreal Marketplace which I modified, by adding a series of facial expression poses using a head mounted iPhone camera rig so the iPhone could puppet his face with my face performance.”

Strassburger is using the short as an opportunity to road test some of the animation and virtual production methods that have taken off in the work-from-home era. He believes that, in the same way that affordable video cameras and editing tools have led to a flood of new creators on YouTube, new animation methodologies are making way for single creators to produce studio quality animated stories like this one from home.

“A major studio feature has armies of creative teams to build fantastical sets,” he says. “On a project like this, there was no budget to custom build the perfect settings but virtual filmmakers now have vast libraries of marketplace props and environments which are easily customised.”

Strassburger is the co-founder of VR and animation studio Kite and Lightning and took weekends off current game in development, Bebylon Battle Royale, to complete the Baby Yoda/Grogu film.

For Bebylon Battle Royale he has previously test built a pipeline for fast performance capture (of face and body) using an iPhone X.