The film that inspired Dr Evil, a look back at You Only Live Twice 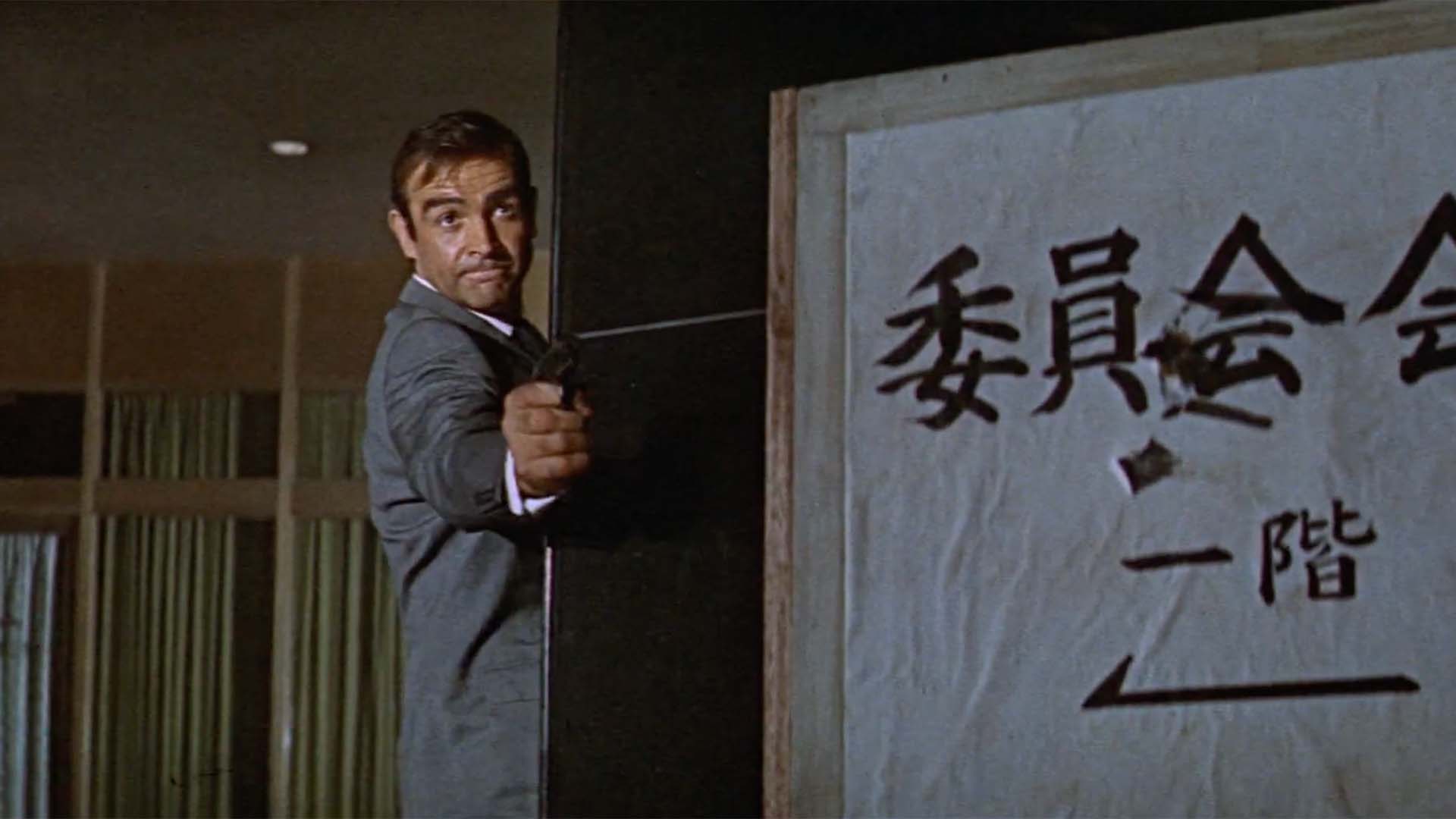 3 minute read
Sean Connery in You Only Live Twice.

A base in a hollowed-out volcano. A spacecraft-eating rocket. A cat-stroking Blofeld dispatching enemies and allies alike into a pool of ravenous piranhas. You Only Live Twice set an enduring tone for the James Bond franchise.

By 1967, Eon Productions had released four wildly successful films based on Ian Fleming’s 007 novels. They had been particularly popular in Japan, so producers Albert Broccoli and Harry Saltzman cannily opted to make You Only Live Twice their next adaptation, ditching much of the plot but keeping the Japanese setting.

Hired to script the tale of SPECTRE trying to start World War III by capturing American and Soviet spacecraft from orbit was… children’s author Roald Dahl. He may be best known for the likes of The Twits and Charlie and the Chocolate Factory, but Dahl had espionage experience from his World War II service, and indeed had worked with Ian Fleming during his time at the British Embassy in Washington, D.C.

Mr Bond, I've been expecting you...

In a plot that would be mirrored by 2015’s Spectre, You Only Live Twice sees Bond finally meeting the elusive Ernst Stavro Blofeld face to face. Czech actor and playwright Jan Werich was originally cast as the head of SPECTRE, but after a few days of shooting the filmmakers decided he lacked menace, and Donald Pleasence took over the part. Pleasence considered various physical defects for the character before landing on the iconic scar.

The title You Only Live Twice took on a chilling significance in pre-production when Broccoli, Saltzman, director Lewis Gilbert (whose credits included Alfie), DP Freddie Young and production designer Ken Adam narrowly escaped death. They made a last-minute change to their journey home from a recce in Tokyo; had they boarded the original flight they would all have perished when the Boeing 707 crashed 25 minutes after takeoff.

Camera operator John Jordan was less fortunate; he lost a foot when he was hit by the rotors of one of the helicopters chasing Bond as the spy reconnoitres SPECTRE’s volcano base. (Two years later Jordan fell to his death while shooting aerial footage for Catch-22.)

The infamous white cat, beloved of would be world dominators everywhere.

Bond’s vehicle for this sequence is Little Nellie, an autogyro provided by gadget-meister Q in the film, but supplied and piloted in reality by its inventor Ken Wallis. 85 flights were required to capture the whole sequence on film, during which Wallis struggled to keep the craft stable due to the prop weapons attached.

Making his fifth appearance as the globe-trotting spy, Sean Connery was now lacking in enthusiasm for the role, a fact that did not go unnoticed by the press during production, or by critics upon the film’s release. In fact, Connery announced while making the film that it would be his last Bond (though he returned on two later occasions).

One reason for his departure was the overwhelming press and fan attention, as documented in a contemporary episode of Whicker’s World. The documentary also gives us the oh-so-British sight of the cast and crew breaking for tea and custard creams while filming the fishing village scenes in 38˚C heat and punishing humidity.

Back in Pinewood, Adam spent an appropriately Dr. Evil-esque one million dollars on the enormous volcano base set – almost £7 million in today’s money. Complete with working monorail, sliding roof, and a full-size rocket that could be lifted 40ft on a pillar of flame, the outdoor set was so big it could be seen from three miles away.

John Brosnan’s book James Bond in the Cinema compares the film to Thunderbirds, not without reason. The model shots all have a Gerry Anderson-like charm to them – despite Thunderbirds’ miniatures maestro Derek Meddings not joining the Bond franchise until 1973’s Live and Let Die. Add to that SPECTRE’s rocket launching from beneath a retractable pool, and a cameo by Shane Rimmer (the voice of Scott Tracy), and it’s tempting to start looking for Connery’s strings.

You Only Live Twice’s own impact on popular culture was massive. The Austin Powers films are the most obviously influenced, particularly The Spy Who Shagged Me, which borrows the volcano lair and spoofs the unconvincing driving scenes complete with video-phone calls from a senior agent. But this is only the tip of the iceberg, with references appearing in everything from The Armstrong & Miller Show (perfectly civil meetings immediately followed by the order “Kill him”, as with Bond’s visit to Osato Chemicals) to Team America: World Police (the “valmorification” sequence resembling Bond’s transformation into a Japanese fisherman). The soundtrack also left a legacy, Robbie Williams working part of the title song into his 1998 hit “Millennium”.

Ironically You Only Live Twice suffered from the franchise’s popularity somewhat. In a marketplace saturated with imitations, including the parody Casino Royale released by Columbia Pictures just two months earlier, it was the first Bond film to make less money than its predecessor. That didn’t stop it making more than a ten-fold return on its £3 million budget though.