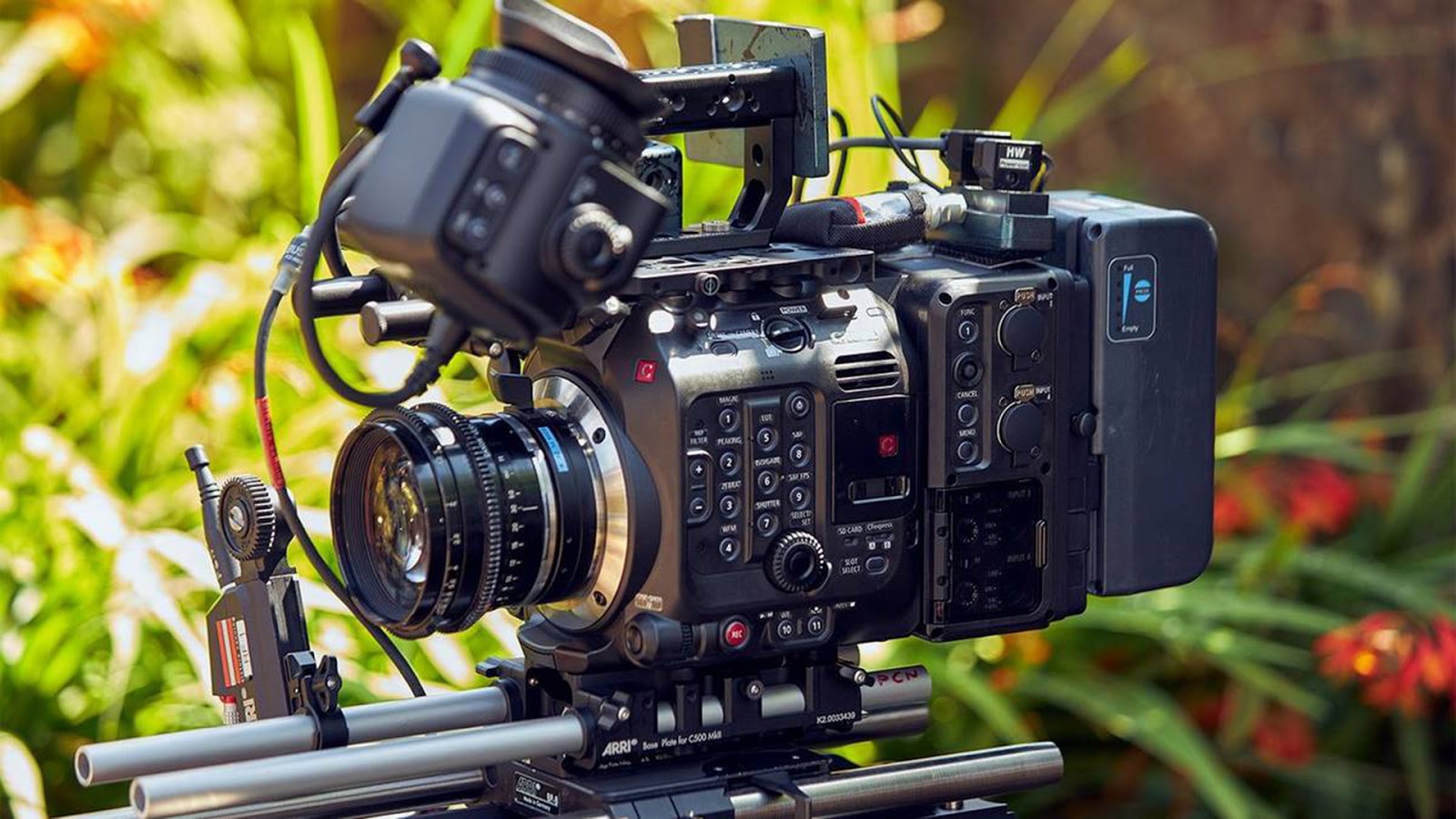 Having a camera that can be adapted to almost any circumstance and excel has been a dream for users for a very long time. Is it even possible that a single device can cater for all our needs in one package? We heard from one director of photography who thinks that the Canon C500 Mark II fits the bill perfectly.

It’s an important question to ask, because if you are going to invest in a camera system you want to make sure that it can see you through years of use in all manner of filming scenarios. You might be asked to film a cinematic commercial today, while tomorrow you might be filming a fly-on-the-wall documentary. You might be trekking through the jungle one week, and then covering an awards ceremony the next.

Yet within even those basic scenarios you could be asked to capture everything from an interview setup in an office to a mountain adventure, through to a conversation inside a travelling car. One scenario might need longer lenses, wireless video transmission, additional monitors, a matte box, and maybe even wireless focus systems. On the other end of the spectrum if you are filming inside a car you will need to cut down the size of the rig to a bare minimum so that you can stay flexible within a confined space.

Before cinema cameras became affordable traditional ENG style cameras ruled. These were a fixed size and offered very little of the creative control that we are used to now. DSLRs and mirrorless cameras, which drove a large chip revolution are suitable in specific situations, but as workhorse cameras they lack the flexibility and ease of use of a dedicated camera, and often they aren’t approved for widespread broadcast use.

Canon’s Cinema range of cameras has been building a name for itself ever since the first C300 entered the market. It quickly garnered a reputation for both picture quality and reliability in the field, being used by major broadcasters for a wide variety of productions.

Here was a camera that could cover all the bases of a traditional ENG device, but it also offered the hugely creative advantage of a Super 35mm sized sensor.

The EOS C500 Mark II takes that tradition much further and places it into a full-frame package, giving users even more dynamic range and creative options that only come with such a large sensor.

Patrick Smith is one director of photography who has embraced the C500 Mark II as his go-to camera. Patrick has been responsible for many of the images you see in high end documentaries for the BBC and for Netflix. Working in hugely varied situations the adaptability of the C500 has proven its worth on a regular basis.

“I need a camera that can tick all the boxes for all the different types of work that I do, from broadcast to cinema. This camera can stand up in each of those areas with confidence… When I use this camera I can get images that will rival the very best around. It makes a big difference to your work when you have total confidence in your gear.” 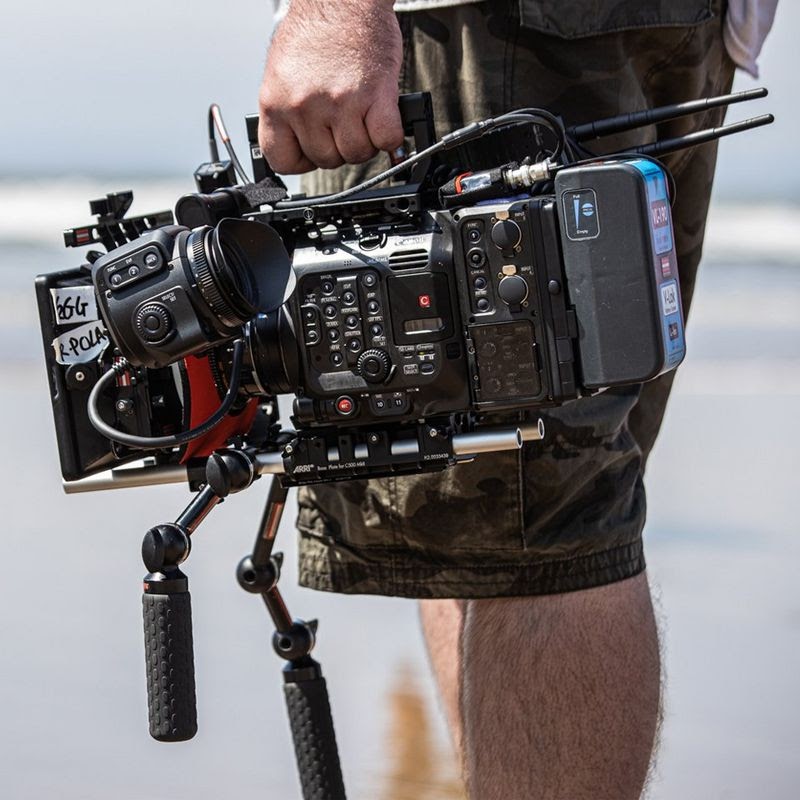 Patrick’s work can quite often involve using the camera on moving vehicles, something that can prove impossible with less adaptable camera systems, “I love to mount cameras to vehicles, and with the C500 II I can strip it right down. It has lots of different mounting points, which lets me triangulate the mounting position perfectly. The fact that the camera is small enough and light enough to be able to do that when stripped down is something that I simply cannot do with other cameras.”

Adaptability is one thing, but if the camera cannot produce the goods when it comes to images all bets are off. Patrick has found that using the C500 Mark II has boosted his creativity, “One of the things that drew me to the C500 II was the full-frame sensor. It means that the pictures I shoot and compose just look lovely. If you like the pictures that you make, it makes you happier and enjoy what you’re doing, and actually makes you better at what you do.”

“When I first got the camera I was amazed to see what you could do in terms of codecs. You can use XF-AVC, and that gives me a very efficient 4K image. It doesn’t take up much storage space and it’s 10-bit. Frankly it’s really, really good, and it’s what I use for 90% of what I do. But it also has a raw mode. You’re aware that by using that you are getting the most incredible quality… I always like to film into the light, and by having the confidence that the camera is seeing what I am seeing, I can be confident that I will be capturing a beautiful picture.”

The freedom to select the lens mount that he wanted to use was incredibly important to Patrick, especially in today’s production environment where you could be asked to use everything from cinema primes and anamorphic glass to lightweight stills lenses.

Patrick says that this is an important factor that he finds invaluable. “I like the fact I can change the lens mounts. That’s a big advantage. I’m regularly changing mounts on set because although my regular mount is EF I am also often working with PL. There’s a very strong trend right now for anamorphics. So I’ve spent the last year using different anamorphic lenses. But sometimes I’ll be asked to get an extreme closeup or macro shot and I can simply change the mount back to EF and put my 100mm macro lens on and get all the benefits of stabilisation. To be able to do that is hugely useful.” 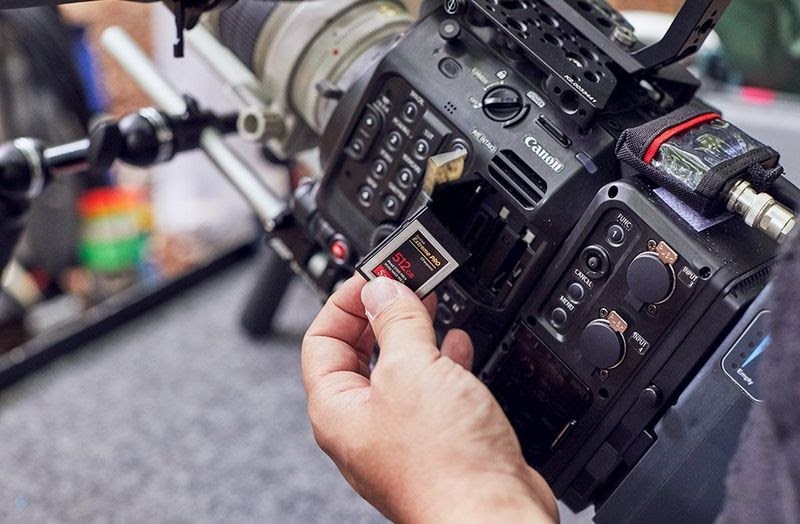 At one time, automatic functionality was looked down upon as something that only amateurs used. These days assistive technologies such as stabilisation and autofocus have become an essential tool for production. Higher resolutions have meant that critical focus is more important than ever before, and the technology that powers such automatic functions has become incredibly reliable.

Patrick told us “Much of what I do involves two cameras, and when you need to use a two camera setup and you are shooting an interview on your own, having one of those cameras intelligently looking after crucial aspects of the focus is incredibly useful. The face tracking available now is absolutely amazing.”

“For documentary work, stabilisation is amazing. To keep the image alive with movement is a good thing… When you turn the stabilisation on it doesn’t get rid of that movement, but instead it takes out the high frequency movements that you don’t want, which I find very, very useful.”

We’ve established that the C500 Mark II is incredibly versatile, as well as producing wonderful imagery, but to bring the package together requires ease of use, too.

“The controls are wonderfully familiar and intuitive… From an ergonomic perspective it’s very customisable, and it’s up to you how you use it. Even straight out of the box it’s a very easy to use machine.”

But it’s Patrick’s conclusion that sums things up powerfully and concisely, “The C500 II is solid, and it’s reliable. I simply just trust it.”

You can’t argue with that.