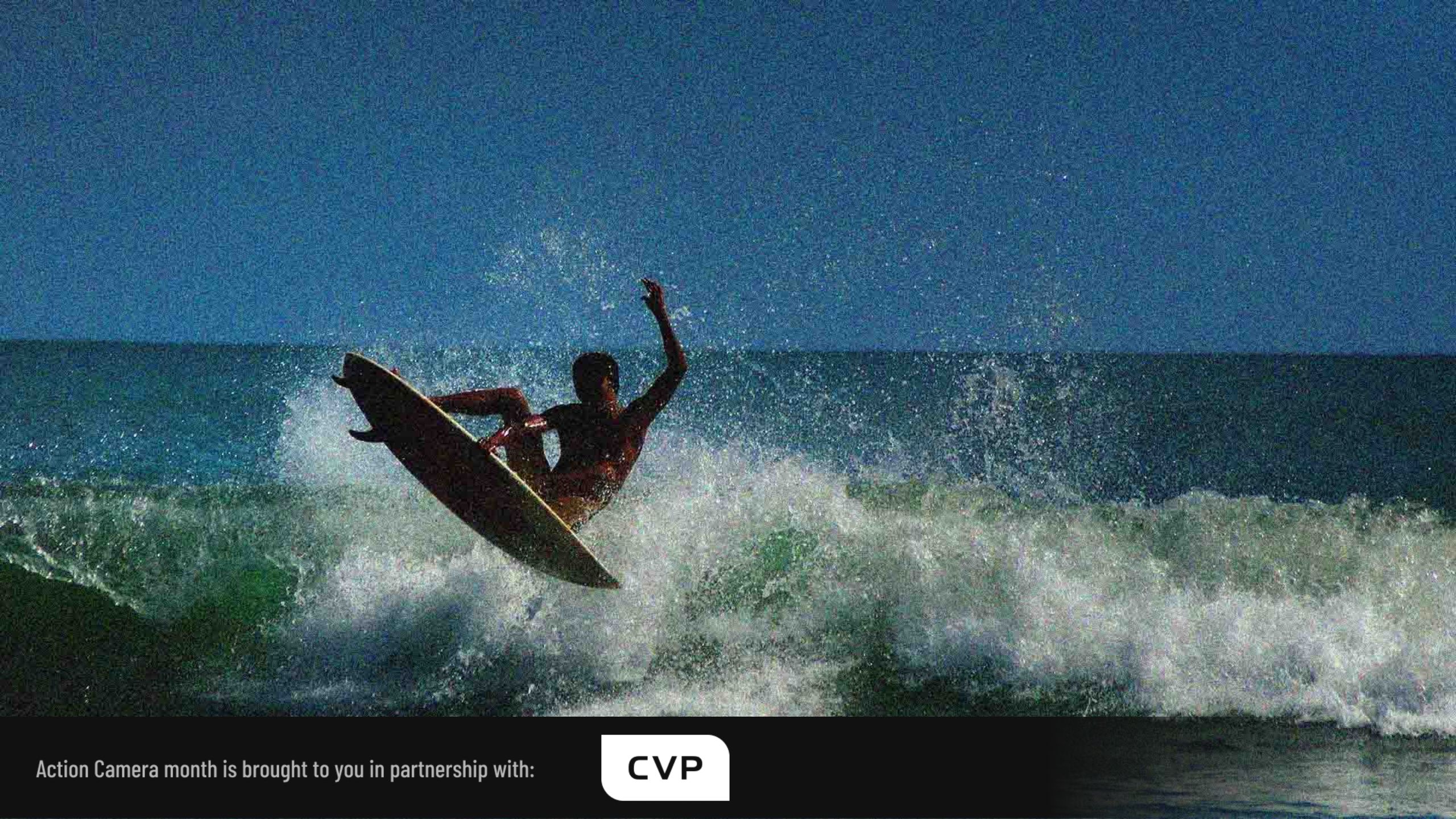 Small action cameras have a bad rep when it comes to low light. Is there any way to use them in such conditions and get a good result?

A question that comes up a lot whenever a new action cam is released is, how well does it perform in low light? In fact it's a question that comes up with most cameras, but devices with tiny sensors will always face an uphill struggle when it comes to low light levels, and it is compounded by the new electronic stabilisation systems found in the latest models. However, first we need to establish what low light is, and under what circumstances we would need to shoot in it.

My problem with the idea of low light shooting is that with any camera you should be aiming to shoot in the best light, and if you can't avoid it, use some form of lighting. But what if that isn't possible? Action camera use can take the device into all sorts of unexpected lighting situations, from dark forests whilst mountain biking, deep canyons shrouded in shadow while white water kayaking, and even using it as a dash cam in your car at nighttime. So, as you can see, there are situations, and that's by no means an exhaustive list, where low light usage cannot be avoided.

With that in mind, let's look at the limitations of an action camera and some traditional ways of overcoming low light issues. Then we can look at some of the special considerations that need to be made with a modern action camera.

A traditional way to make a camera work in low light is to bump up the ISO. With ,modern cinema cameras and mirrorless devices that feature dual base ISO, this is a viable way to shoot in low light. Modern, large sensor cameras can work in some incredibly low light conditions with minimal noise. Unfortunately this option isn't available to us on a tiny sensor action camera, and we want to avoid high ISO settings as much as possible.

I've delved into the benefits of low sharpness settings before, but in low light they become even more important. Keeping your sharpness settings high emphasises the noise and goes even harder on the compression system, so keep it set low. 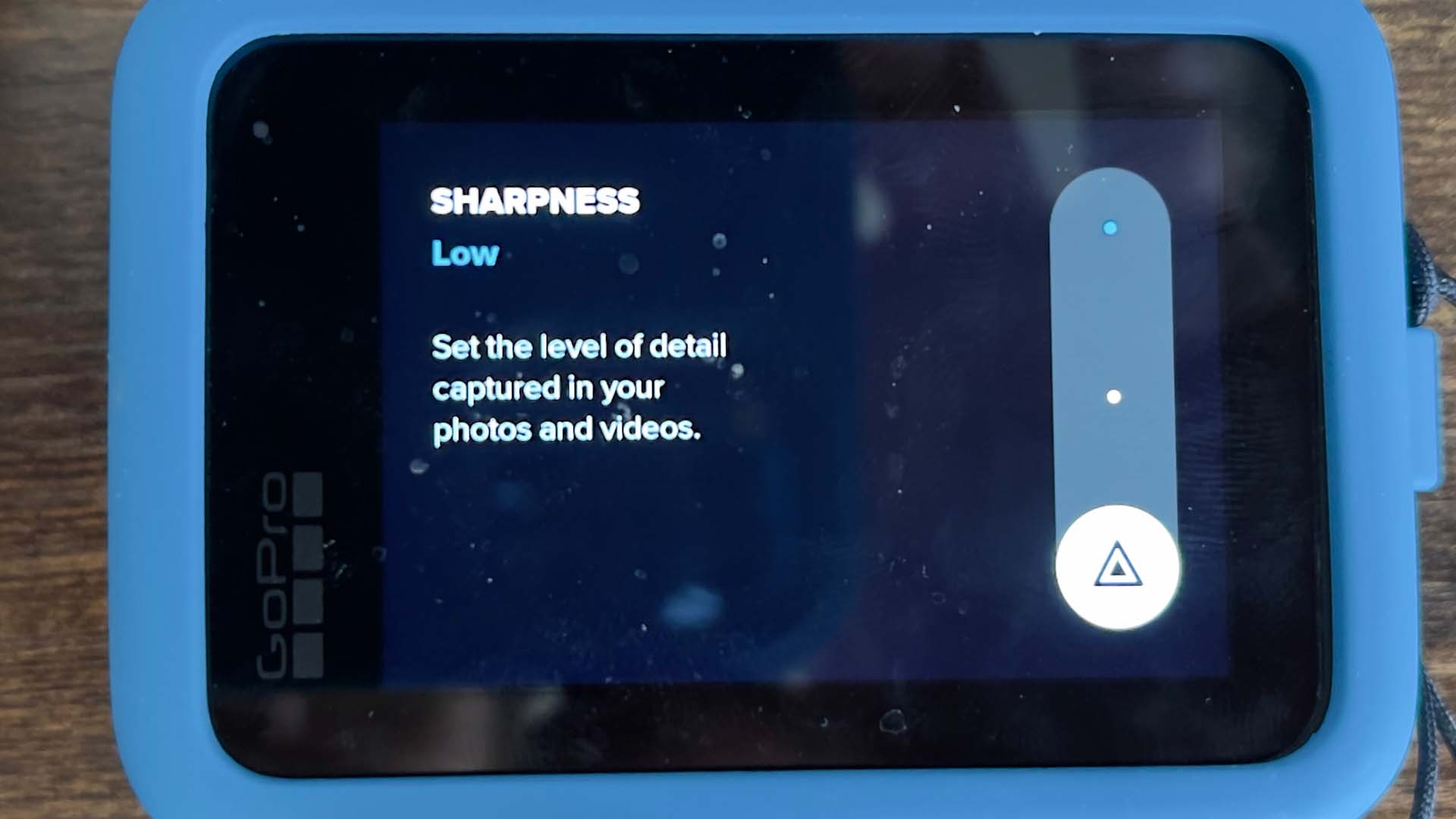 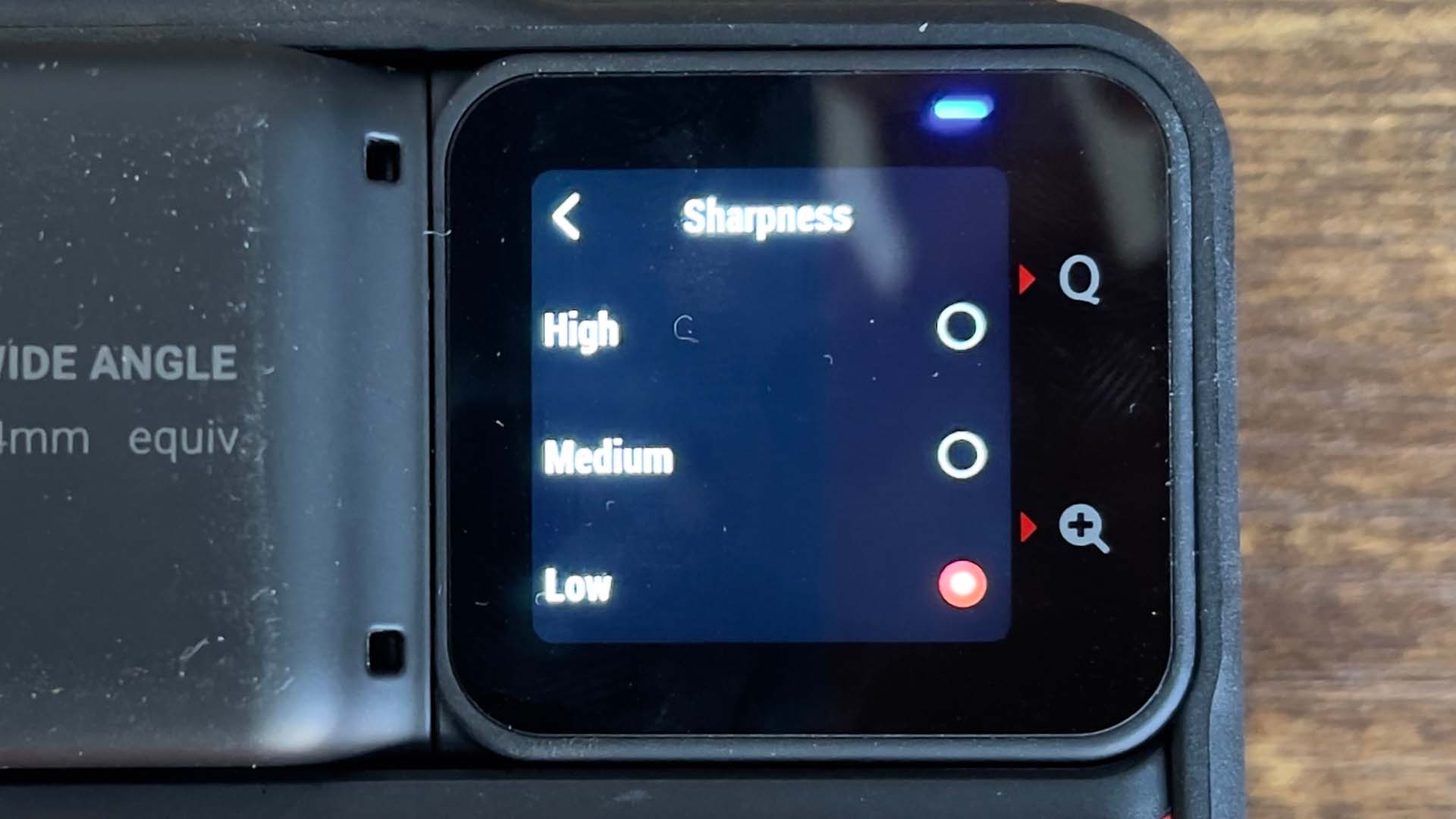 So, if we can't use high ISO or low shutter settings, what can we do, particularly if we want stabilisation as well?

A slightly bulky solution to the issue of low light filming and stabilisation is to manually lower the shutter speed and ISO as low as you can go while retaining good exposure, and mount the camera onto a compact gimbal. This is a highly effective way of achieving low light shooting with stabilisation, although it won't be for everyone.

With the Insta360 cameras, the company's desktop software does have some effective noise removal built into it that is tuned to its cameras. If you are forced to use a high ISO with any of the Insta360 models, this is one way to reduce the noise. Furthermore, software such as DaVinci Resolve Studio also have extremely effective noise removal systems.

If you own a GoPro HERO10, you have a few more options available to you. Firstly, the HERO10 has a new 3D noise reduction system, but in order to use it the camera needs to be in the right mode. 3DNR only works in 4K 30/24/25p modes and 1080p modes. It doesn't work in 5.3K modes or 4K/60+ modes. 3DNR doesn't totally eliminate noise, but it does a much better job of reducing it than the standard method. If you are going to be shooting in low light, make sure you are in one of the modes above as a first port of call. 3DNR isn't a magic bullet, but it does improve things noticeably.

Another thing to understand about the GoPro is that in auto modes it will boost the ISO levels before it reduces the shutter speed. This means that the image will become noisier before the shutter speed is reduced because the camera wants to keep the HyperSmooth stabilisation system working as well as possible.

If you are on a mountain bike and will be going between light and dark areas where things change constantly, a very quick solution to this is to set your EV compensation to -1.5. The camera will then prioritise having a faster shutter speed and a lower ISO setting. This isn't guaranteed to get rid of HyperSmooth shake in all conditions, but for general biking it can work pretty well, and the under exposure isn't drastic enough to make the image unusable.

Different users will have a different opinion on what constitutes too much noise in an image, but the latest GoPros handle higher ISOs better than the older cameras. The HERO10 can handle ISO1600 quite well without the noise making the image objectionably unusable. On cameras prior to the HERO9, setting the maximum ISO to 800 was recommended, but on subsequent cameras a maximum of ISO1600 should be very workable for most.

If your camera is going to be static, and doesn't require stabilisation then you have more options, just as you would with a gimbal. You can lower the shutter speed and balance the ISO such that it is as low as possible.

Bear in mind that everything I have said also applies to post production stabilisation. Once your shutter speed goes below a certain setting and movement blur is introduced, even post stabilisation won't save the shot.