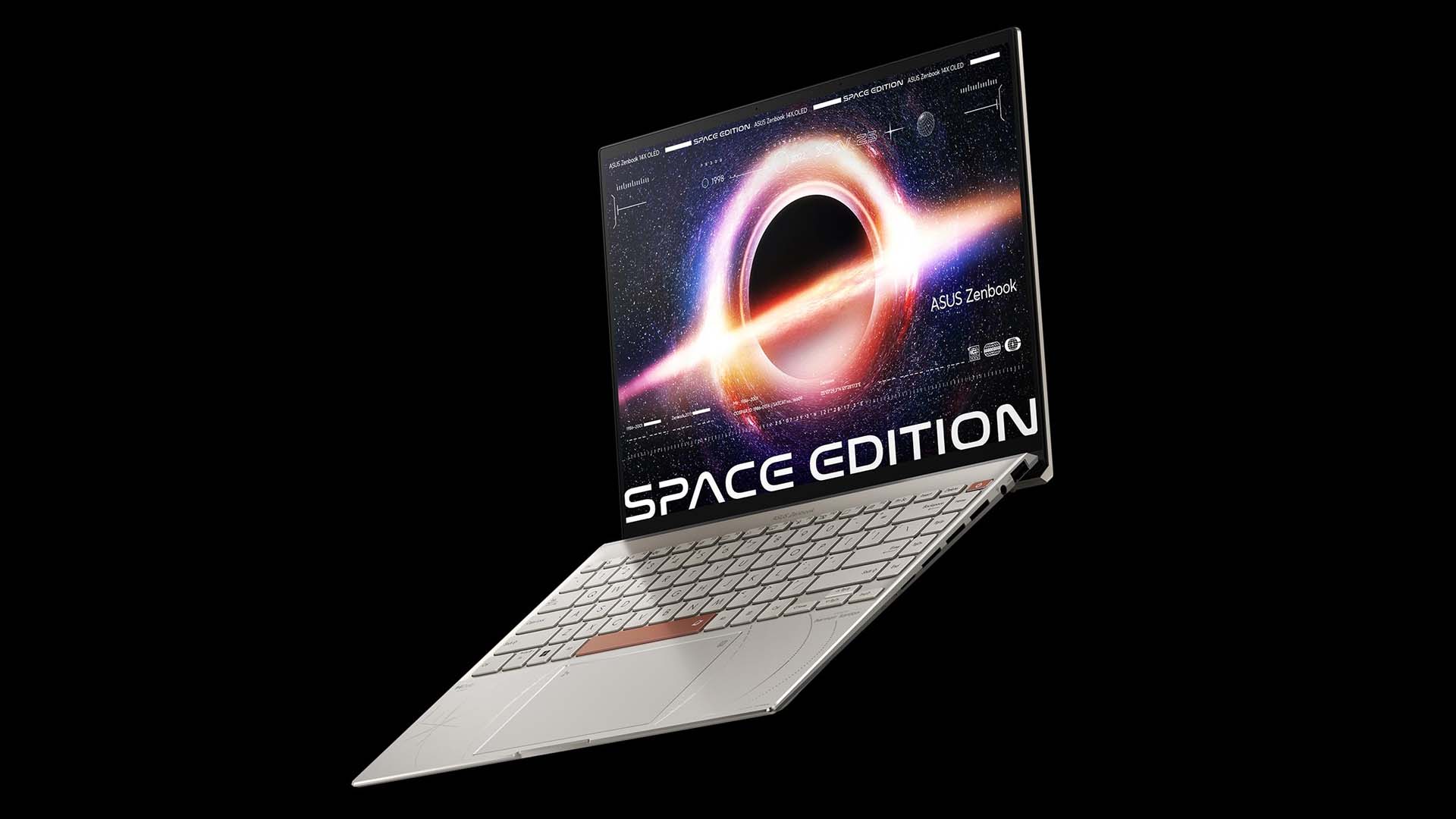 After all the cancelled events, we finally saw CES 2022 go ahead. Even though some companies are attending remotely, there are plenty of new products being announced.

Since both Intel and AMD are releasing their new chips, 2022 is looking interesting for laptops. With more power and design opportunities, we wanted to share some of the most interesting new laptops worth having a look at.

To celebrate the 25th anniversary of the first ASUS P6300 laptop sent into space aboard the Mir Space Station, the company has announced a special edition of its Zenbook 14X laptop. Whilst at first appearing a bit of an oddity, this is a laptop with some real power credentials. The new Zenbook 14X OLED Space Edition is packed with a brand new 12th Gen Intel Core i9 H-Series processor. The 14-inch OLED display has 16:10 aspect ratio with a 2880 x 1800 resolution, a peak brightness of 550 nits, and has been Pantone validated. It also features a cool looking "ZenVision" notifications display on the lid, and it is finished in a space style titanium colouring.  It comes with USB-C Charge and high-speed Thunderbolt 4 whilst Wi-Fi 6E and Bluetooth 5.0 perform wireless duties. The system is topped off with a Harmon Kardon certified speaker system. 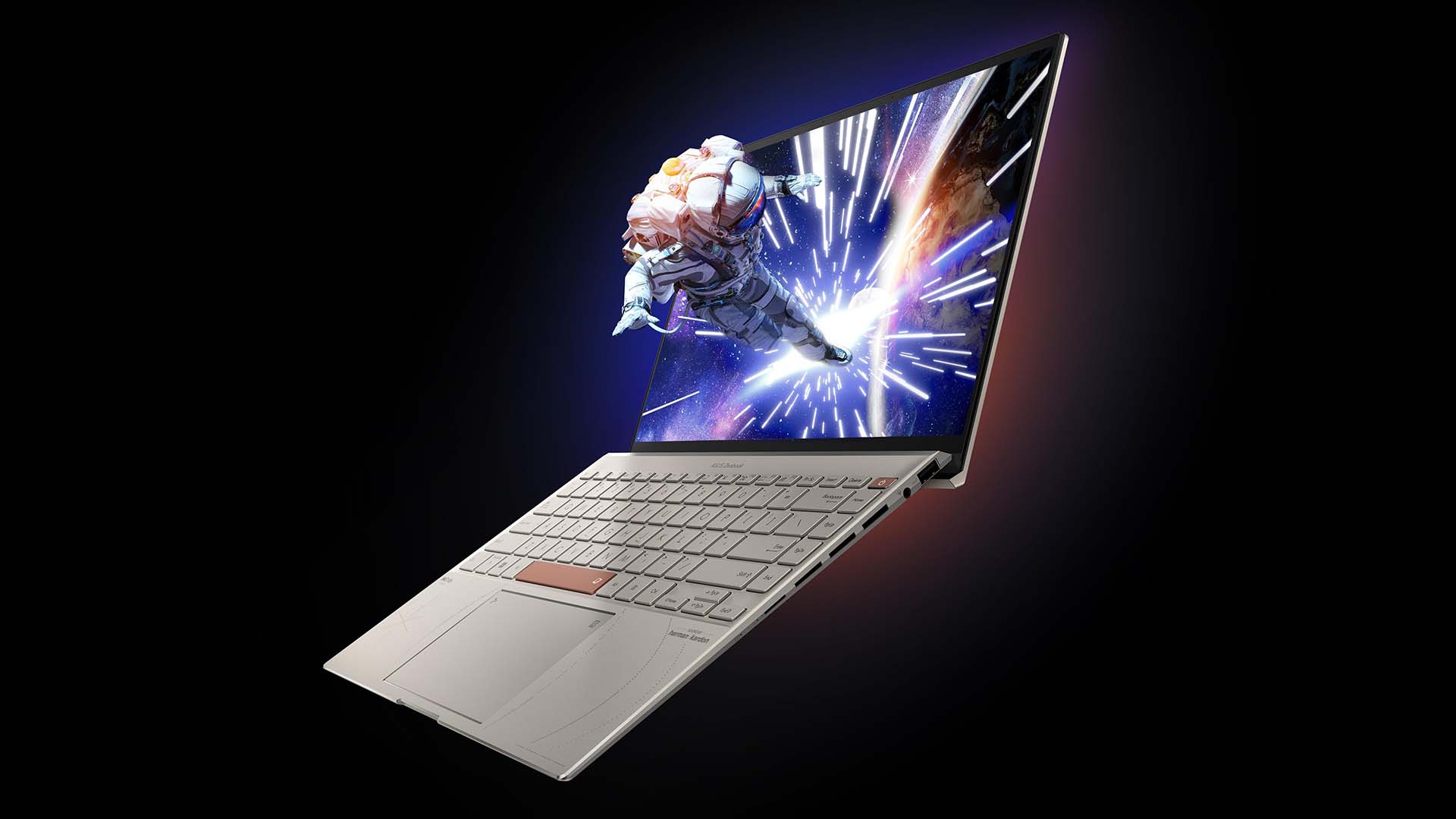 The packaging has even been designed to act as a laptop stand, propping the computer up at a precise angle for typing, instead of you throwing it away. Additionally the machine has been tested to meet the US Department of Defense’s MIL-STD 810H durability standards for temperature, vibration, and drop tests.

With additional features such as GlideX, an ergonomic full size keyboard, fingerprint security, and support for PD (Power Delivery) chargers and power packs, the 14X OLED Space Edition looks to be more than just a gimmick. It appears to be a genuinely powerful machine.

The unique display on the lid of the ASUS Zenbook 14X OLED Space Edition. Image: ASUS.

For Chromebooks ASUS is bringing its new 16-inch Chromebook Flip CX5 to the market. With a 360° ErgoLift hinge you can use this 16-inch Flip CX5 in tablet mode, laptop mode, tent mode or standing mode. Powered by up a 12th Generation Intel Core i7 processor with Intel Iris Xe graphics, 16GB of memory and WiFi 6E, you have the power to connect for work and leisure time. The port selection includes two USB-C/Thunderbolt 4 ports, HDMI 2.0, a USB 3.2 Gen2 Type-A, an audio combo jack, and a microSD slot. Put it together with a claimed 10hr battery life and military grade toughness, this should be one to look out for. 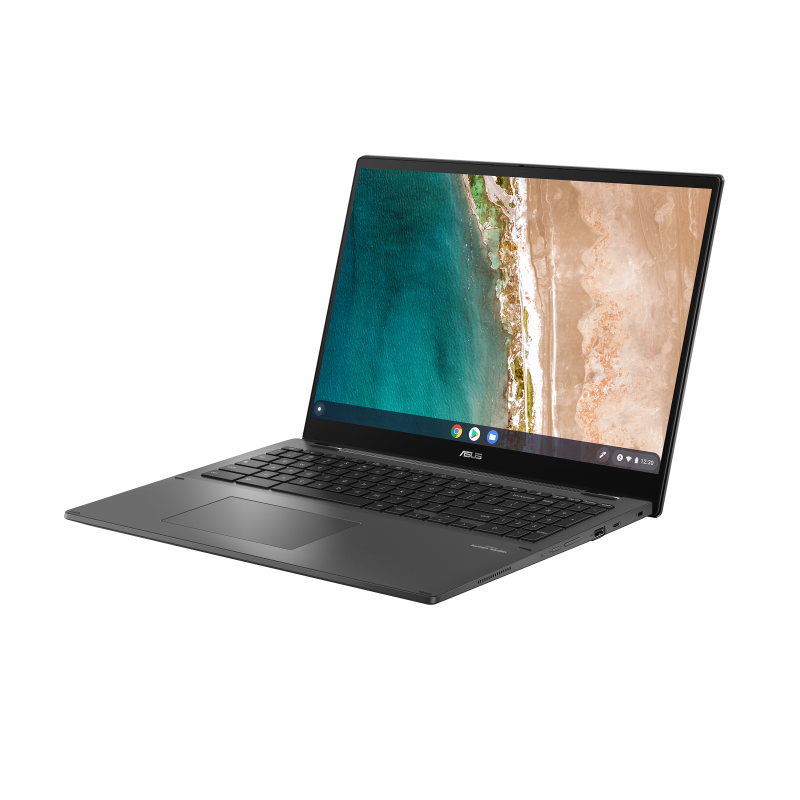 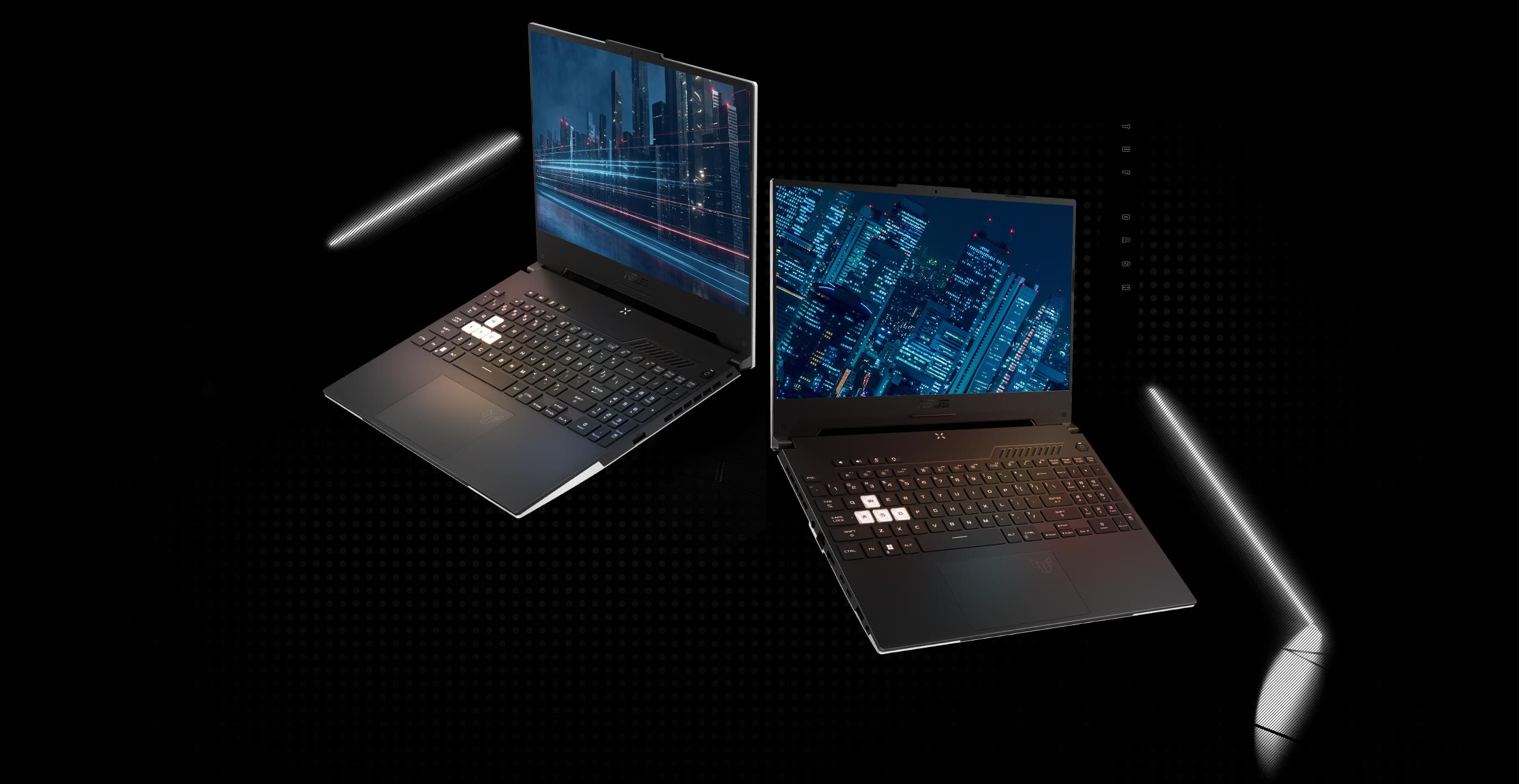 Acer has put its focus on gaming laptops with its new Acer Predator Helios 300. This laptop holds a 12th Gen Intel CPU and Nvidia GeForce RTX 30 series GPUs. This model comes both in 17-inch and 15-inch, which are configurable with IPS displays of up to QHD (2,560 x 1,440 pixels) resolution with up to a 165Hz refresh rate and 3ms response rate. Connectivity options include an HDMI 2.1 port, a Thunderbolt 4 Type-C port, Mini DisplayPort, and two USB 3.2 Gen 2 ports. PredatorSense button enables users to control the fan speed via four preset operating modes. 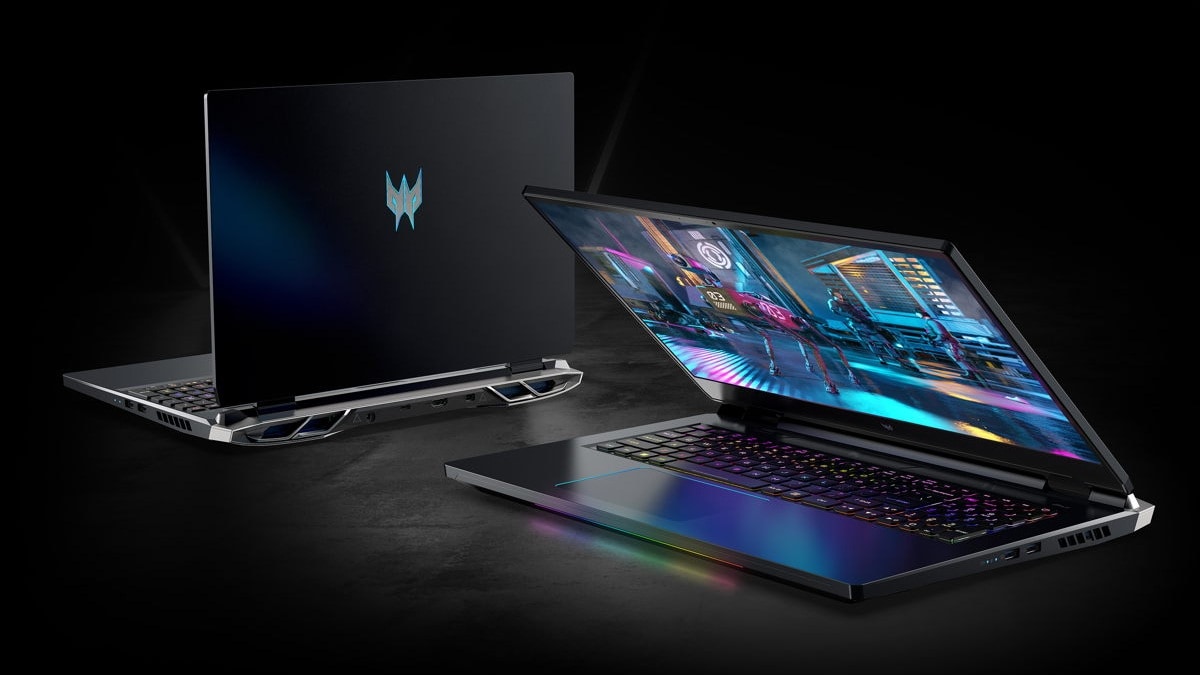 As a special edition from Acer is their monster new Predator Triton 500 SE, which is designed for gaming and work. Triton 500 SE comes with up to a 12th gen Intel Core i9 processor, an Nvidia GeForce RTX 3080 Ti laptop GPU and 32GB of RAM. The 16-inch 16:10 (2,560 x 1,660 pixels) display achieves whopping 240Hz refresh rate with a 3 ms response time and 500 nits of brightness. To keep this powerful laptop cool, it comes with a triple-fan system and Acer’s Vortex Flow technology that redirects the airflow to the components in need. Thunderbolt 4 features, whilst an HDMI 2.1 port will allow users to connect to an external display with up to 120Hz refresh rate. 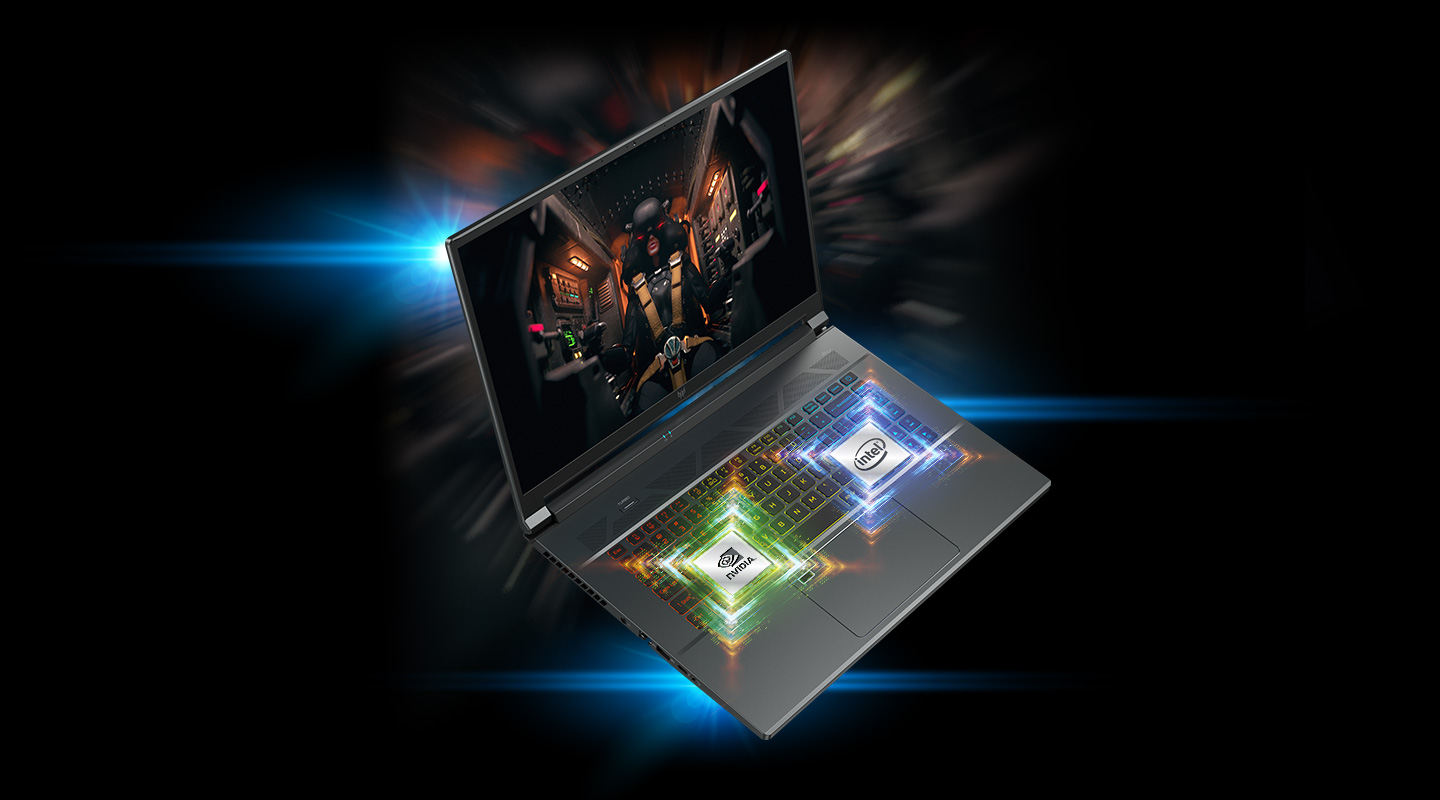 Packed with more power than the standard XPS 13, Dell announced its new upgraded machine, the XPS 13 Plus. Apart from the screen, all the design elements of the device have been updated. The design is certainly taking things to a minimum. The traditional touchpad has been removed and replaced with a borderless feedback trackpad, which basically means it cannot be seen. The previous function row has been replaced with capacitive touch buttons. On the side you can only find two USB-C ports and wireless connectivity, which means no headphone jack on the XPS 13 Plus or a microSD card slot. It's beautifully minimalist, but has there been too much of a tradeoff with connectivity? What do you think? 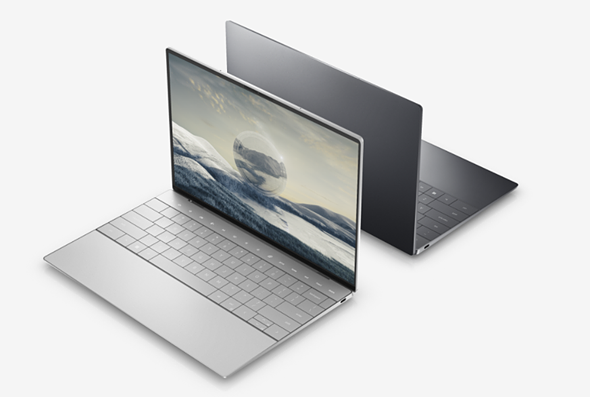 Changing from gaming laptops to work laptops, HP’s new Elite Dragonfly G3 is perfect for today's hybrid work. This light and portable laptop is packed with a 12th Gen Intel Core processor and Windows 11. It comes with 5-megapixel webcam, quad speakers, Gorilla Glass haptic trackpad, a 512GB SSD and up to 2256 x 1504 resolution and 32GB of RAM. Every video conference can now run smoothly with AI-based noise reduction, low-light correction and HP Auto Frame feature that automatically centers your face. Lastly, the laptops adjust to your work routines and recognises when you're away or asleep (on the keyboard?) and will enter a low power mode to save power consumption for a longer battery life. 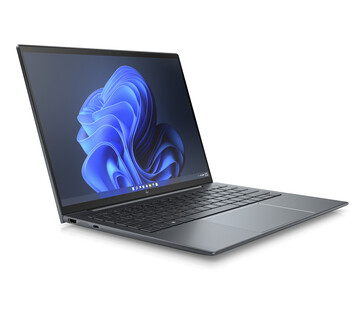 Lenovo has announced yet another, the Z-series. The Lenovo ThinkPad Z13 stands out from the rest of ThinkPad’s line with it’s eco-friendly packaging and sleek design. Its slim 13.3-inch bezel and optional bright OLED display comes with an interesting design feature - an optional black vegan leather trim. Despite the unique design features, this laptop line is foremostly a business laptop. It is powered by an AMD Ryzen 7 Pro CPU with up to 32GB of RAM and 1TB of storage. The laptop hosts a 1080p camera with a larger sensor, an electronic e-Shutter for privacy and dual-array microphones. If you need more power, Lenovo also has a larger 16-inch ThinkPad Z16 that is configurable with AMD CPUs and an optional Radeon GPU for gaming. 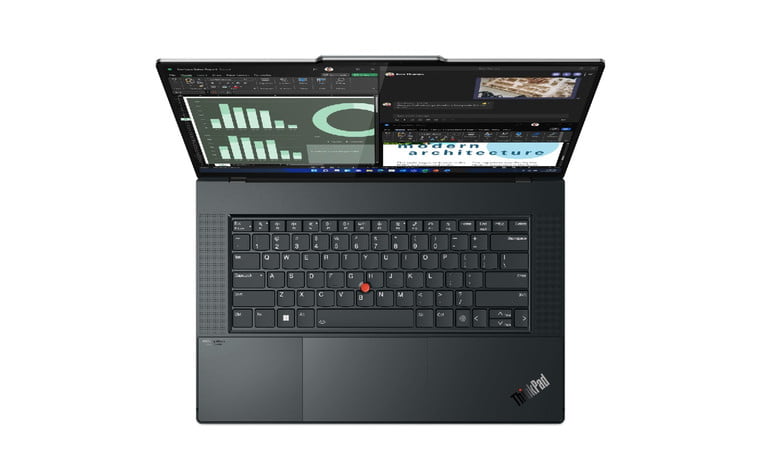 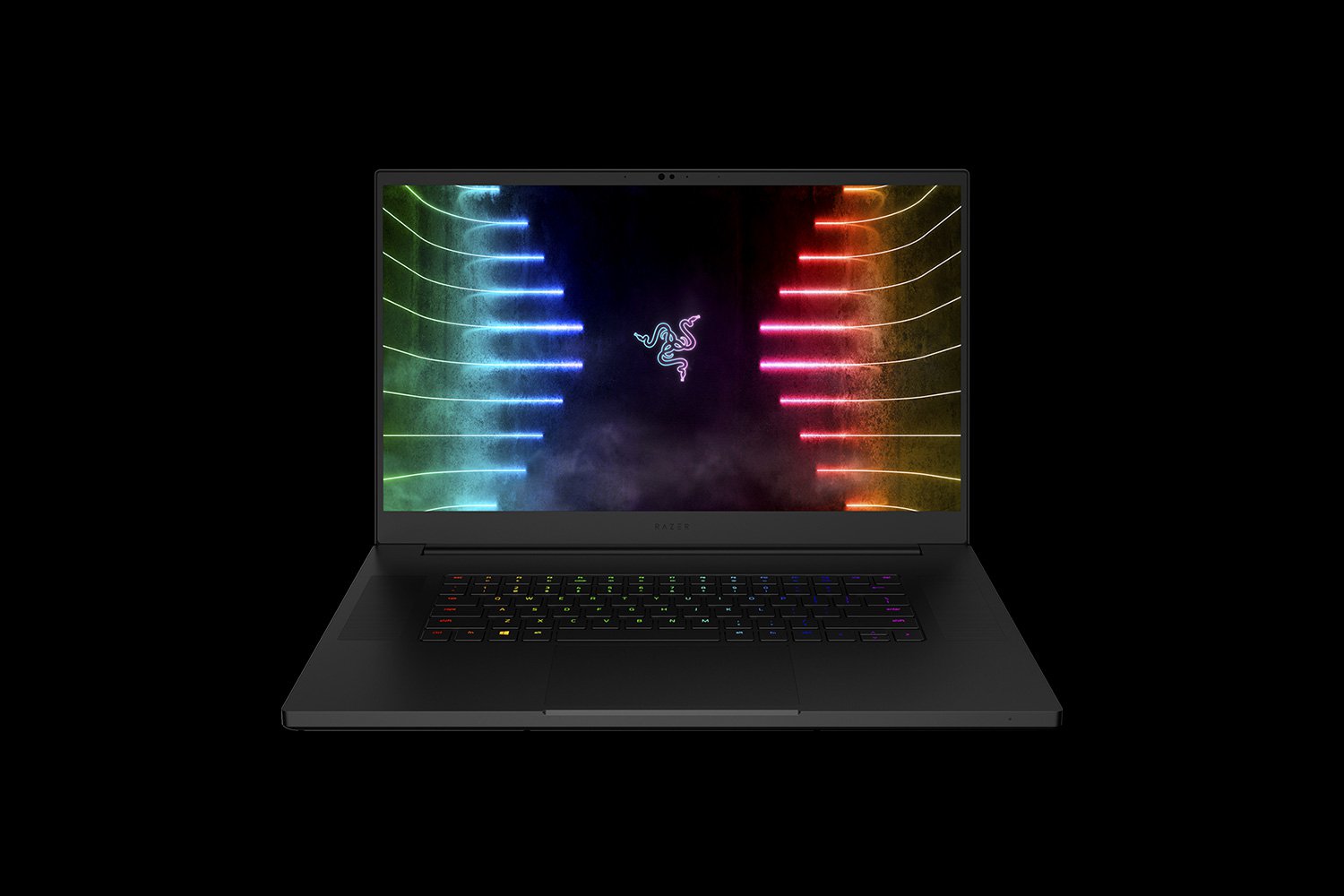