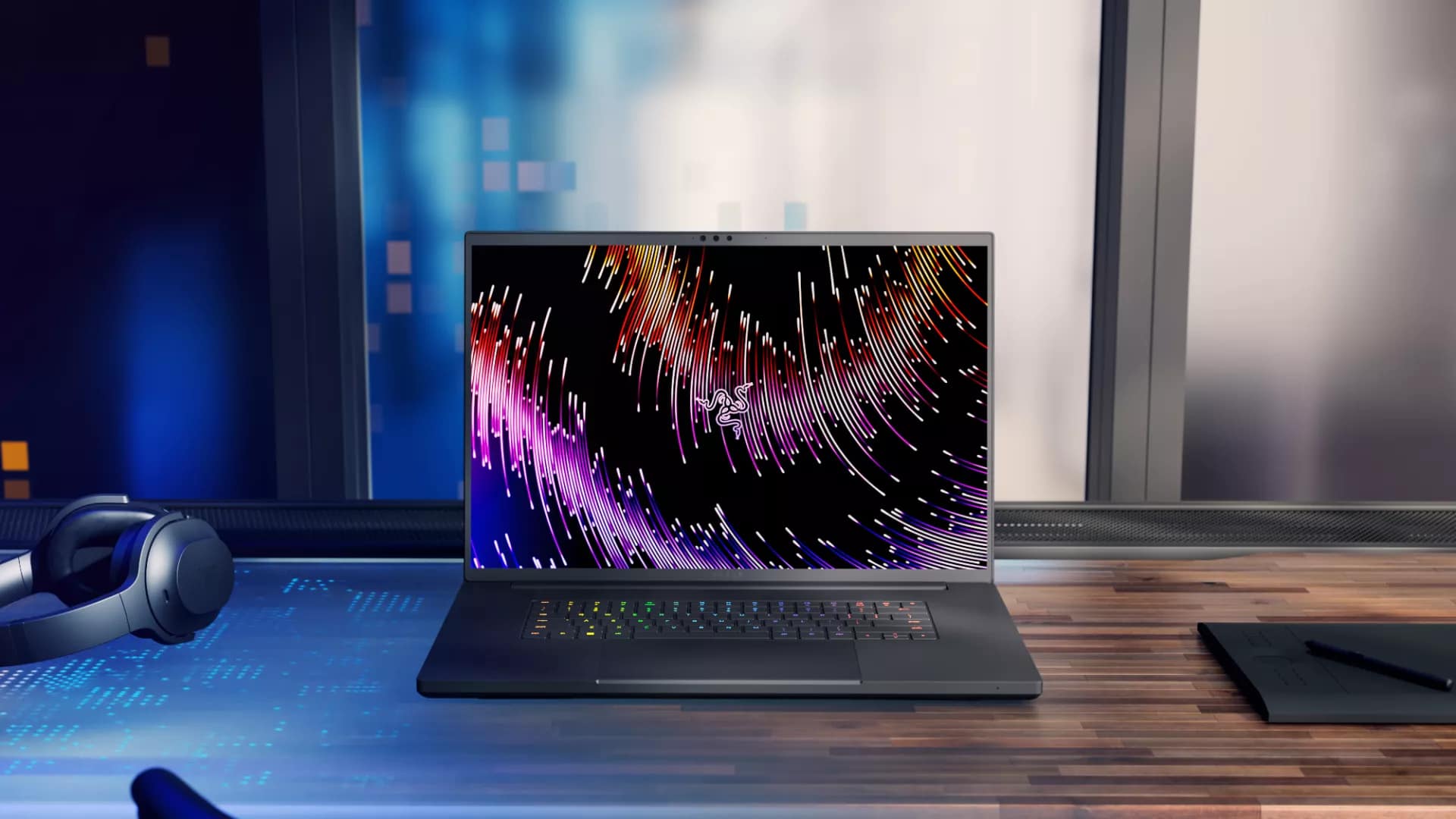 3 minute read
Sweet and divine, razor of mine. The new Razer Blade 18

There were oodles (technical term) of new laptops at CES. Here are some of the highlights.

We’ve already written about the 170 or so new laptops that will be hitting the market equipped with NVIDIA RTX 40-series GPUs, so lets turn our attention to the rest of the laptops that were stand outs from the show.

While NVIDIA was making huge noise about the rapid expansion of the 14-inch market, one of the new Razer Blade RTX 40 gaming machines on display had a massive 18-inch screen. Alongside its newly announced 16-inch counterpart, both feature IPS panels with a 2560 x 1600 resolution, a 240Hz refresh rate, 100% of the DCI-P3 colour spectrum, and 500 nits at peak brightness. 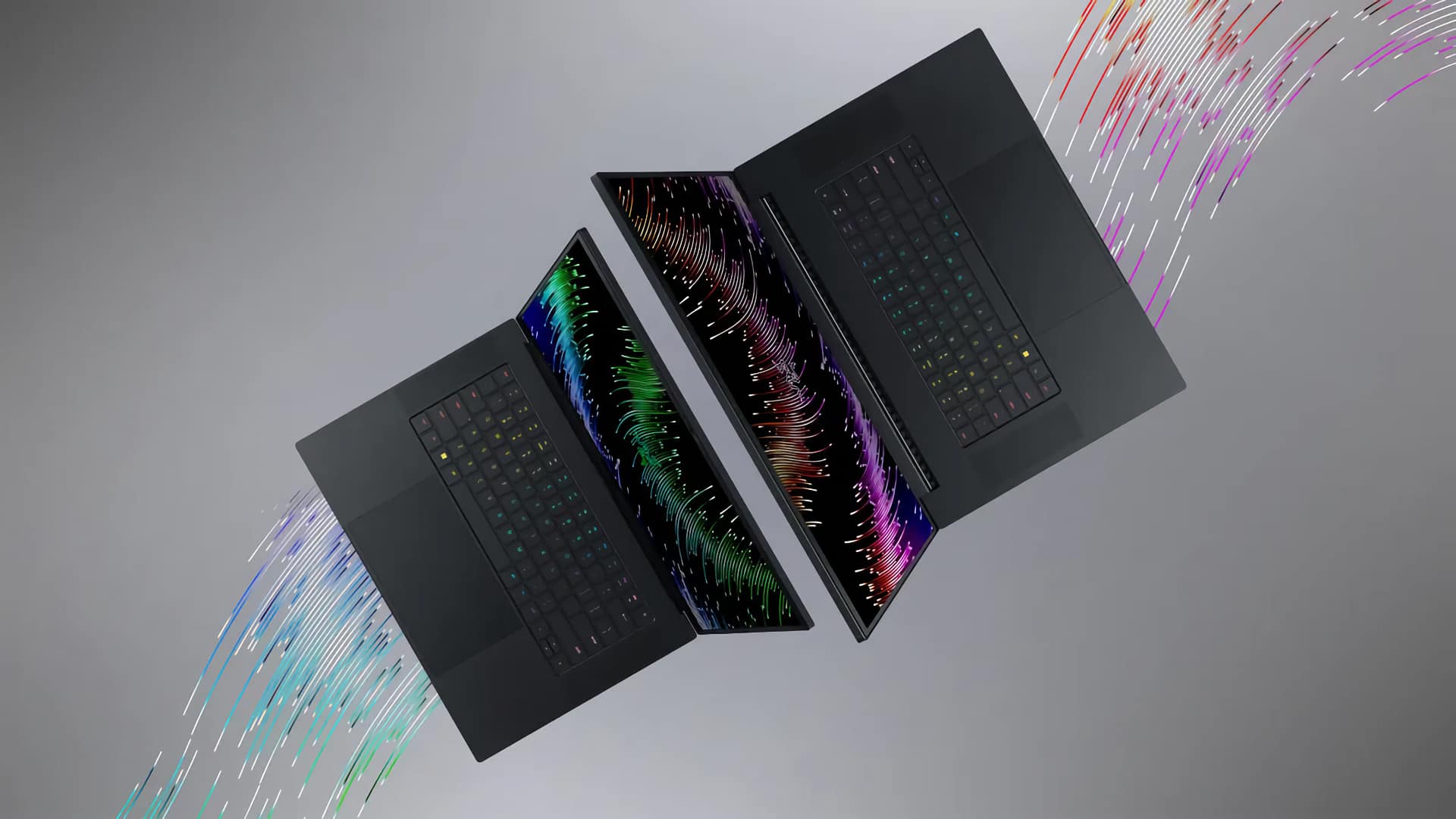 The new 16:10 Razers both feature the increasingly popular 16:10 aspect ratio

They’re also in an interesting and increasingly popular 16:10 aspect ratio, but they’re not just aiming at the games market with all that screen real estate. The top range 16-inch configuration features a Mini LED screen that can toggle between 4K and 1080p modes, Razer firmly targeting creators with the 4K which takes a hit on the refresh rate (down to 120Hz from the 1080p’s 240Hz), but can display HDR content at up to 1000nits.

The Blade 16 starts at $2699 (though the actual details of the Mini LED pricing are under wraps for the moment) while the Blade 18 starts at $2899. Both will release in Q1.

And that Mini LED pricing might be under wraps because it’s a definite thing this year, with several manufacturers debuting new machines, very few with price tags attached. It’s one of those ‘who moves first’ moments. The 16- and 18-inch sizes were also very popular, and seemingly at the expense of 15-and 17-inch models. 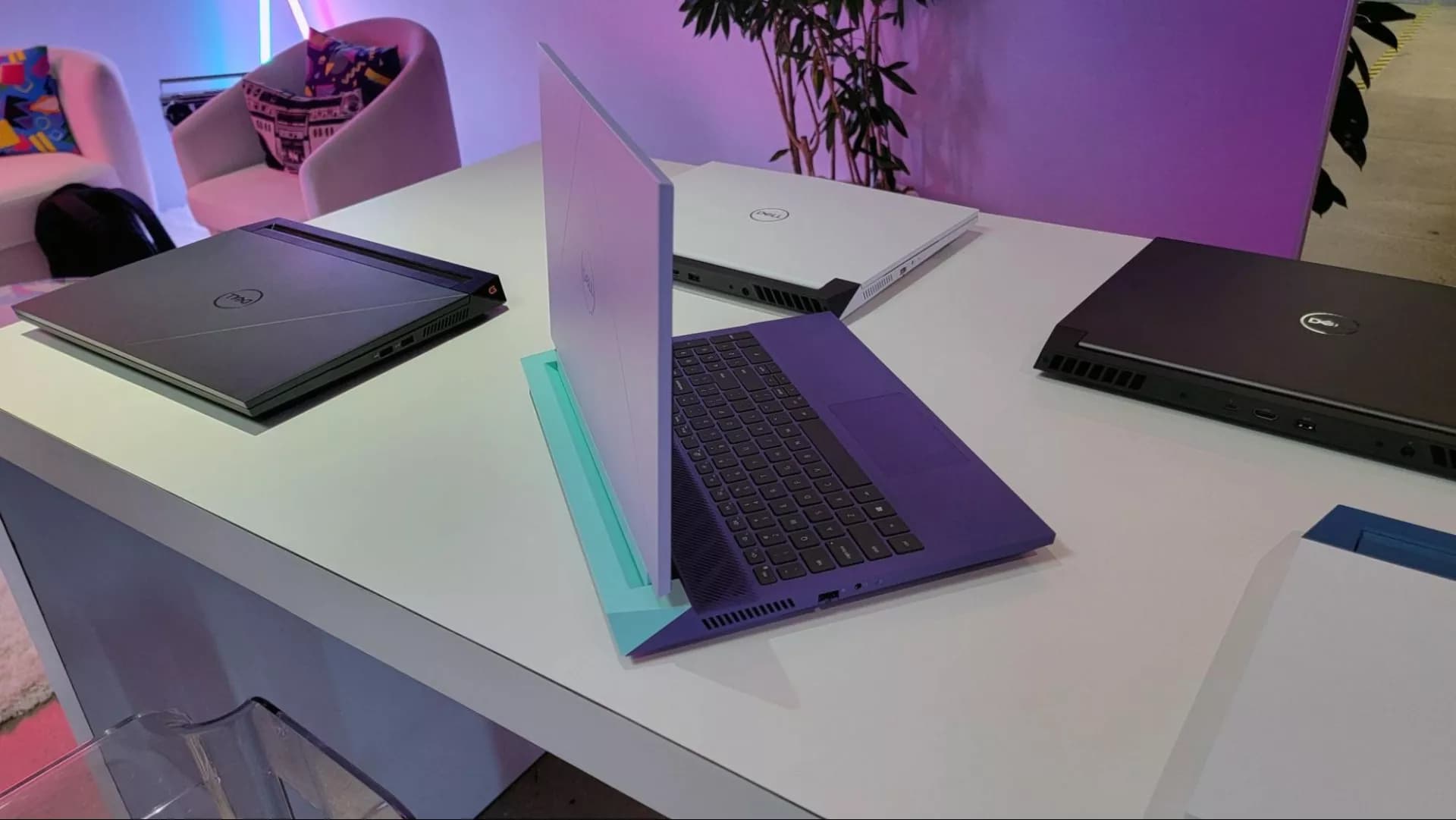 The Dell G15: Born to the purple

Alienware resurrected its M18 line up with an 18-inch screen and a RTX 4090 GPU, while Acer did the same with its new Predator Helios, which also featured a 250Hz Mini LED display option. Both companies also have 16-inch options. Dell also has a 16-inch gaming machine, the 16:10 G16 based on a 13th gen Core i9 and Nvidia 40-series graphics, but probably more eye catching was its G15 range featuring striking retro colours such as Pop Purple.

But, while there’s some agreement about the way high end gaming laptop design is going, what about the form factor of the laptop itself? That’s where Lenovo’s Yoga Book 9i comes in; a dual screen unit that forms a hybrid laptop/tablet machine that can be assembled in a variety of different combinations. Both screens are 2.8K 13.3-inch OLED touch panels and the keyboard is removable for added flexibility. It even ships with a pen for note-taking and drawing. Built around a 13th gen Intel Core i7-U15 processor, it’s going to be available in the summer with a starting price for various configurations of $2099. 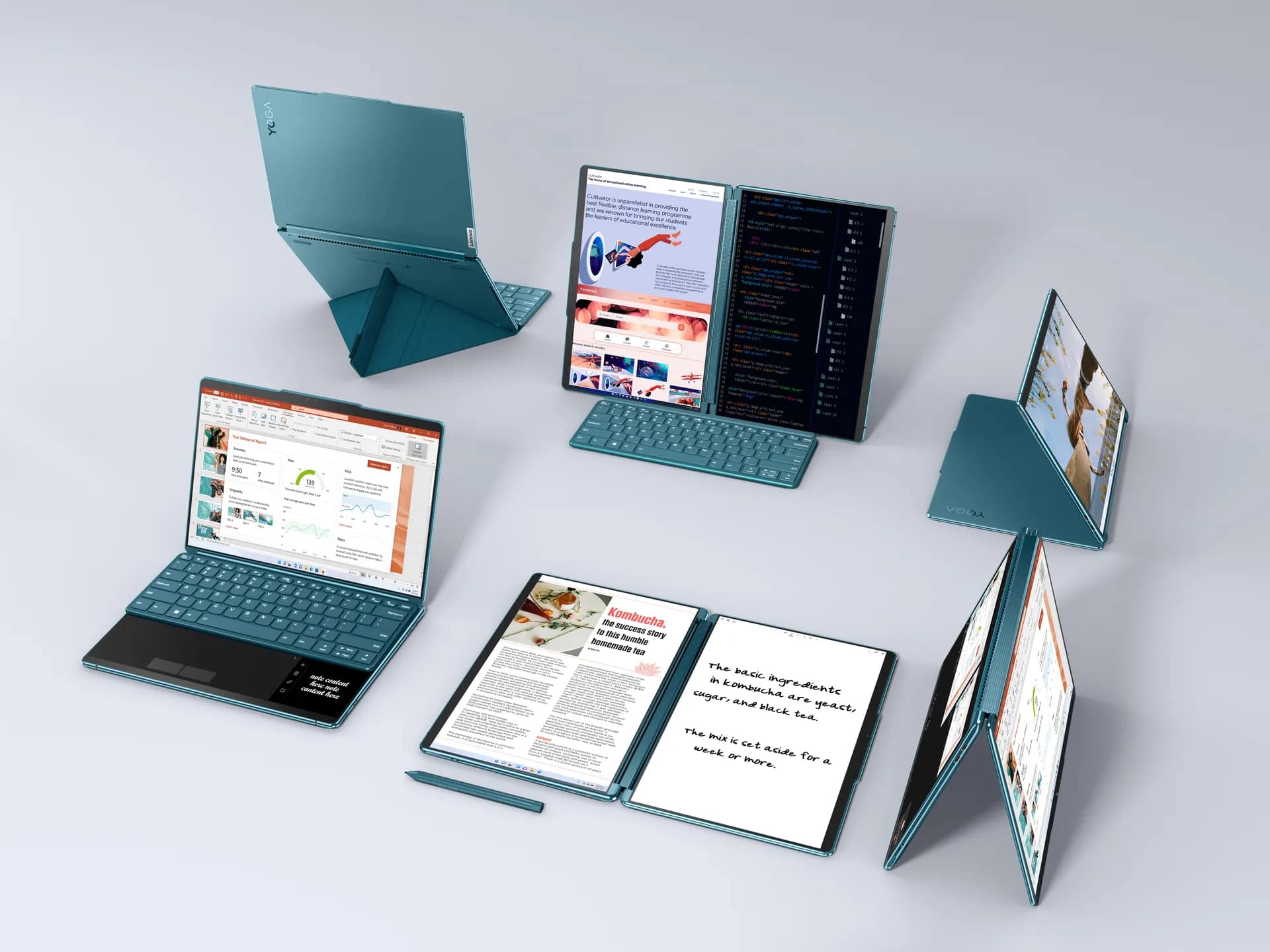 Away from gaming but well worth a mention are the new Asus ZenBook Pro 14 and 16X models. Like all of its range both feature OLED panels. The Zenbook Pro 14 OLED has a 14.5-inch 120Hz OLED screen that displays 100% of the DCI-P3 color gamut at 2.8K resolution. It’s based around an Intel Core i9-13900H and GeForce RTX 4070 GPU. The Zenbook Pro 16X OLED also looks good; a complete refresh of the previous model at that and built on a custom custom i9-13905H chip and an (increasingly ubiquitous already) RTX 4080 mobile chip.

It also has a new range of glasses-free 3D machines, the ProArt Studiobook 16 3D OLED and the Asus Vivobook Pro 16X 3D OLED, whose OLED screens can be switched from their normal 3.2K 120Hz mode into a "Spatial Vision" one and back again. It’s neat tech and uses a combination of a lenticular lens layer and advanced eye-tracking camera technology; separate images are rendered for each eye and the software follows the position of your head and eyes to adjust them accordingly. Does anybody want that? Who knows, especially on a laptop screen. But it’s interesting tech and it will be good to keep tabs on it and see if it move into the company’s dedicated monitor line up at some point.