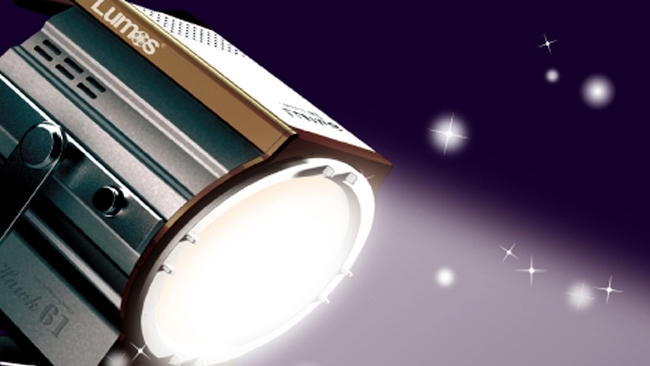 Barry Braverman takes a look at the Lumos 300MK, the world's most accurate LED

The 300MK’s extraordinary CRI of 98 is well above the industry average of 88 to 90, with no hint of the green curse typical of cheaper LED units. The Lumos’ high CRI (under tungsten conditions) makes the array eminently suitable for color sensitive applications, like chromakey.

Moreover, the Lumos output is bright enough to support a built-in diffusion panel, which eliminates, or at least suppresses the scourge of multiple shadows - which has been a principal drawback of LED array lighting for years.

The Lumos 300MK, with rugged, beefy controls, has a few notable shortcomings. The LED indicators on back for color and dimmer level are useful and practical, but the red/green color scheme is illogical. How is green somehow associated with a tungsten or warmer source? How is red associated with daylight? How does red or green connote beam intensity?

Just as maddening is the 3-pin XLR power plug, a configuration most professionals associate with audio. I, for one, experience heart palpitations when plugging power into a 3-pin XLR jack, where a 4-pin XLR jack is normally expected for 12V power. 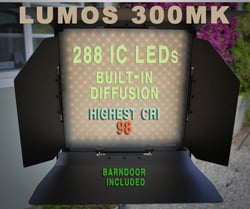 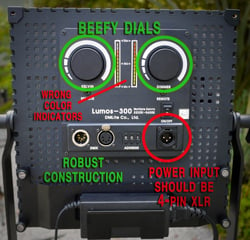