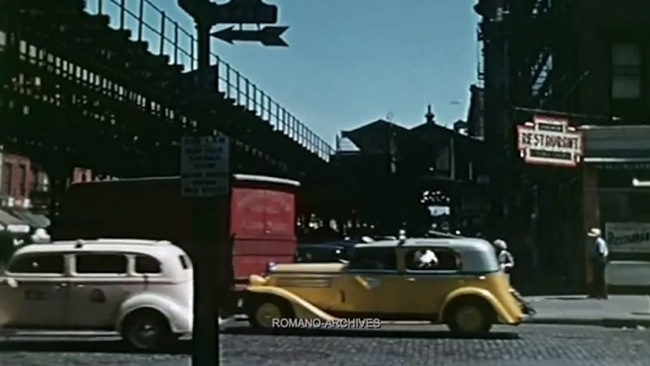 Film is probably the most powerful way to record history. And when you see colour film from an era that you've previously only seen in black and white it's a revelation.  Even the most mundane things become objects of fascination

But there isn't much that's mundane in New York, in any generation. So this 16mm film, scanned in HD, is quite amazing. For a start - look at the cars: it's quite a shock to see bright yellow vehicles driving past.

Thanks to PetaPixel for bringing this to our attention. According to them, the clips are  from the Romano Archives, and were shot by French tourist Jean Vivier on 16mm Kodacrhome, which surprisingly, was first made available in 16 and 8mm cine formats rather than for still photography.

Sit back and enjoy this unique piece of history.