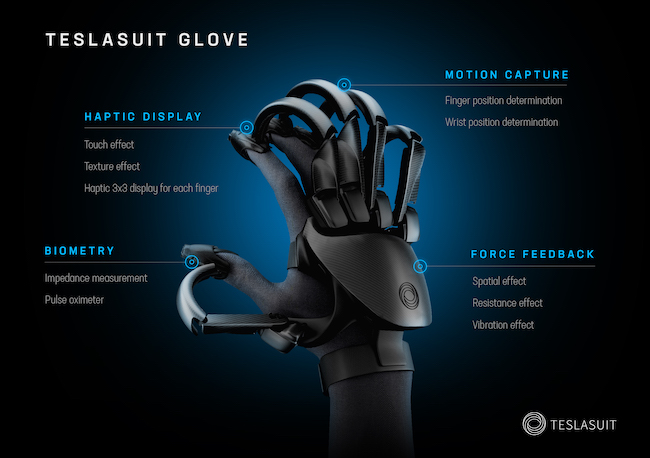 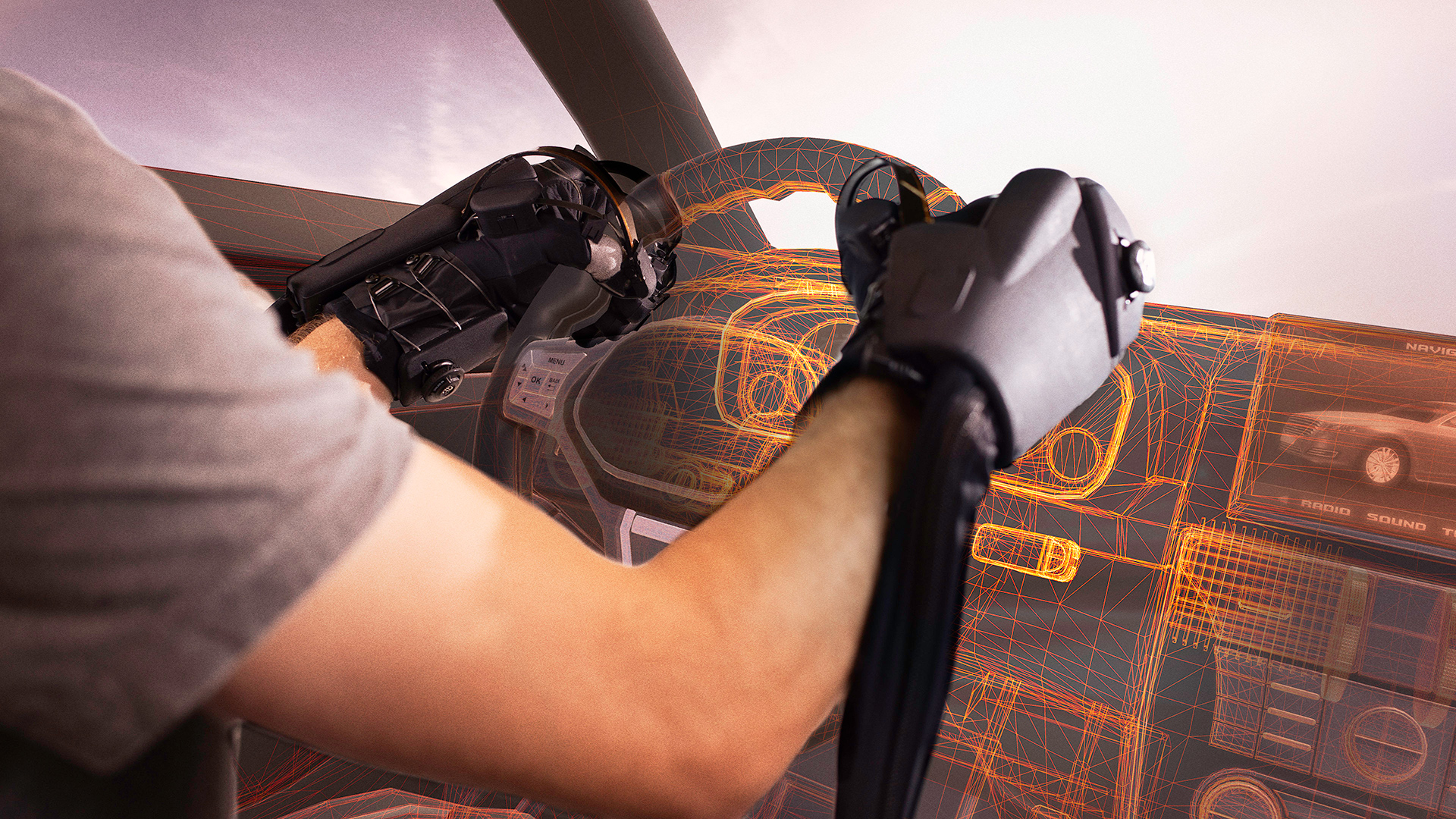 If there’s one piece of tech that could enhance all our lives right now it is the ability to touch someone while being miles even continents apart. Imagine reaching out and high-fiving someone during a virtual Quiz night among friends on Houseparty? Or giving your parents a hug on Skype while in enforced quarantine?

Other applications of the technology include use helping treat illness, by allowing surgeons to virtually touch and feel the affected areas of a patient - for example a tumour - before operating. That would come in super-useful now to protect medical staff, if the tech was actually workable.

Tactile feedback is deemed essential for any future holographic entertainment or communications systems and a field that has been explored for many years.

So, is it time to being this to the fore?

Researchers in Japan have led the way. Five years ago, haptics researchers at the University of Tokyo's Department of Complexity Science and Engineering (DCSE). They invented the ‘Haptoclone’ claimed as the first 'touchable' hologram.

The Haptoclone consists of two boxes, one containing an object and the other displaying a hologram of it. When a human hand comes into ‘contact’ with the 3D image in the second box, the hologram emits ultrasonic radiation pressure, giving the user the illusion of actually touching it. Meanwhile, special aerial imaging panels act like a kind of mirror, making a hologram of the hand appear visually in the other box, too, so it can ‘interact’ with the original object.

Since then, the Tokyo team has investigated how airborne ultrasound can produce pressure and temperature distribution on a skin. They are calling such non-contact stimulation ‘Midair Haptics.’

Its prototype Airborne Ultrasound tactile Display does not require users to wear any devices. Ultrasound transducers arrayed on the display surface generate a ultrasound focus at an arbitrary position in the air. At the focal point with high energy density, static pressure is produced which can push the skin surface. Research began in 2008 and continues today with many universities and companies in the world moving forward with development, says the University of Tokyo.

Using the same technology, the University has also developed a way of controlling real objects without touch. They created a game of table tennis in which participants could alter the trajectory of the ping-pong ball using a computationally controlled force.

As a basic technology of controlling a moving object, Hopping-Pong can be applied for removing defective samples in food production lines and modifying the trajectory of an object thrown by a human, the researchers says.

The DSCE is by no means the only place investigating touchable holograms. As early as 2014, computer scientists at Bristol University called their discovery UltraHaptics, and involves a device that can pick up ultrasound waves present in the air, condensing them to create a pressure difference that gives the illusion of a touchable 3D object floating in thin air.

French R&D firm Immersion, experimented with combining Ultrahaptics with Microsoft HoloLens in 2016. Press coverage at the time questioned whether we touching a loved one's hand from the other side of the world would seem awesome or would creep you out? What we might give to try this now.

Work is continuing as evidenced at CES in January this year. VR Electronics, based in the UK with subsidiaries in the USA and R&D in Belarus, launched a VR glove that integrates haptics, motion capture, biometry (emotional state, stress level, and heart rate detection), and force feedback through sensors on each finger to make the user feel that the experience was real. 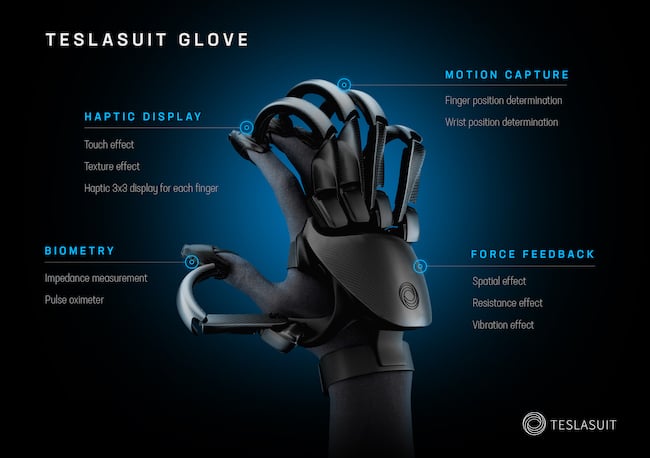 Branded TeslaSuit, the glove detects the movements of wearer’s hands and uses this information to boost movement accuracy, give precise feedback, and even fine-tune the user’s motor skills. VR Electronics believe this will be used in robotic tele-control systems to medical rehabilitation and enterprise training. It was due for launch in the second half of 2020 costing U$5000.

Another haptic glove was shown by Seattle-based HaptX. Its glove feature 130 tactile actuators or ‘haptic pixels’) that provide feedback by pushing against the user’s skin, displacing it the same way a real object would when touched and motion tracking with claimed sub-millimeter precision. An SDK supports Unity and Unreal Engine 4 for creating content experiences for HaptX Gloves.

In addition, a lightweight force-feedback exoskeleton is able to apply up to four pounds.

Also, at CES2020, South Korea’s TEGway showed ThermoReal, a temperature feedback haptic device claimed to create realistic sensations of hot and cold in VR. At the core of its tech is a thermoelectric generator based on the Seebeck effect which creates a temperature differential based on electric current. The product was chosen as a CES 2020 Innovation Award Honoree and there were plans to launch a development kit this spring.