Here are our picks of the best tech at CES 2020 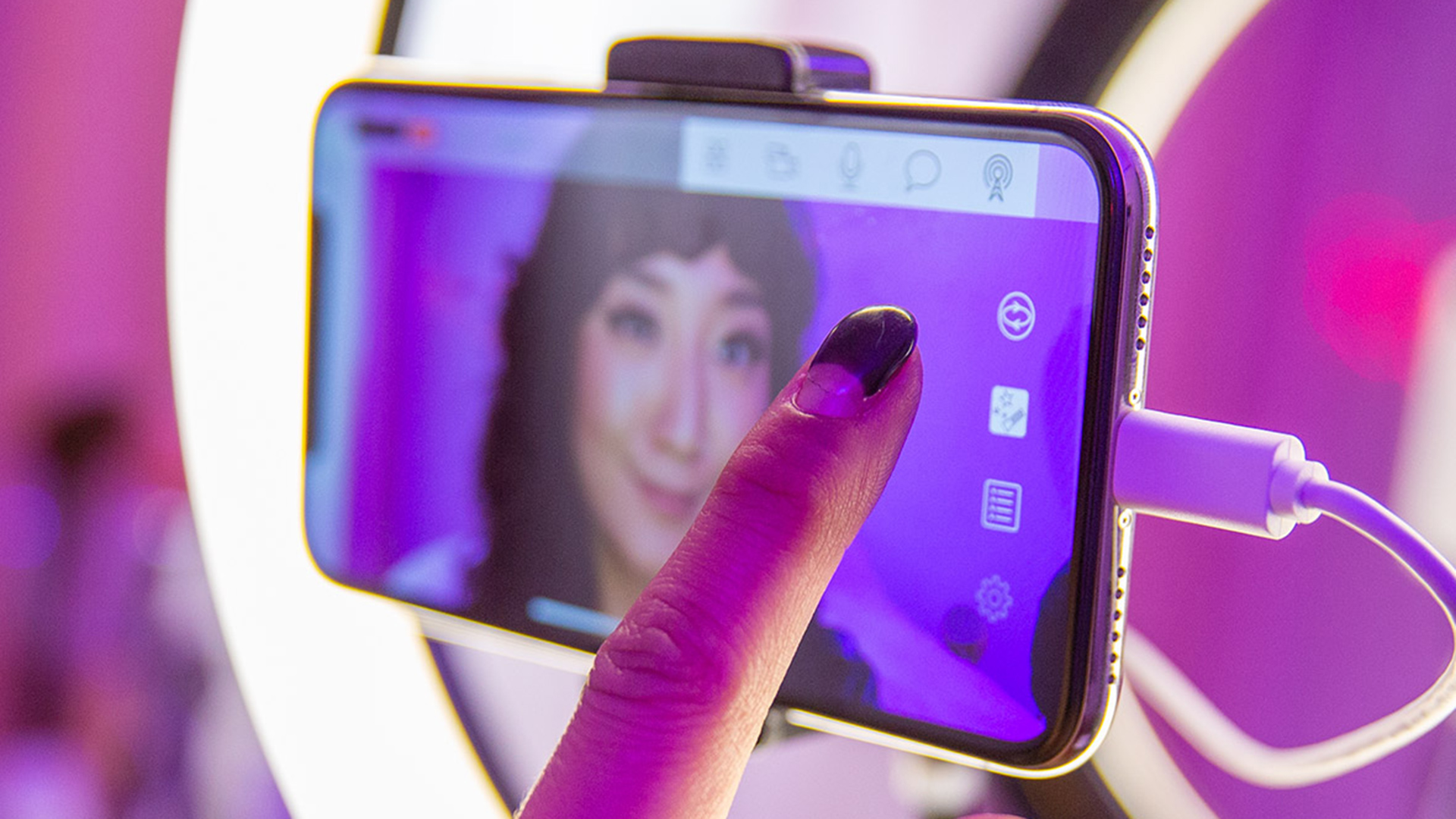 This week in Las Vegas, the Consumer Electronics Show hosted 170,000 punters and 4,400 exhibitors many of which – like Samsung – have stands the size of an airline hanger. Impossible then to sort the wheat from the chaff, but RedShark has had a go and offers up six of the best from the world’s gadget extravaganza.

A built-in mic comes complete with onboard reverb if you like to sing. Plug in a professional mic via the XLR input—there’s also a stereo line input for adding a guitar preamp, synth or mixer. 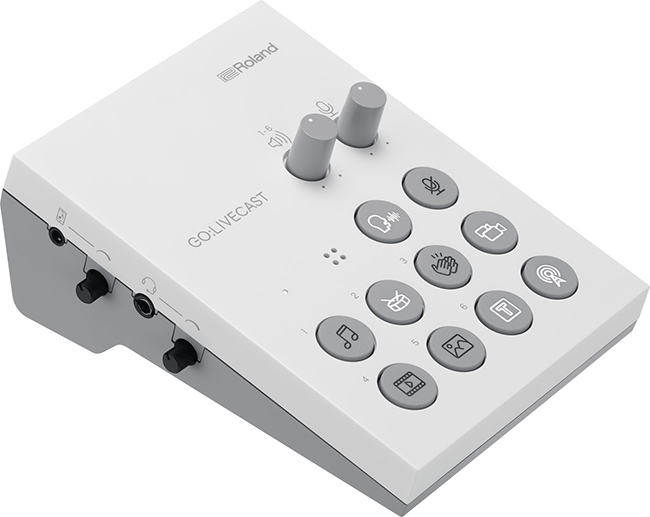 But it’s not just for budding Lewis Capaldis. The product includes tools for creating sound effects, photos and custom titles (or use the pre-installed options) which can be stored, queued up and ready to go live with a webcast to Twitch, Facebook Live or YouTube. Portrait or landscape mode is automatically set by your phone’s positioning, while in-camera mirroring displays the proper left/right perspective to your audience. It’s even possible to connect a second smartphone camera over wi-fi, with support for split-screen view. Priced around £200, the Go:Livecast is available in a couple of weeks.

8TB SSD too good to be true

Boasting a whopping 8TB, the world's highest capacity, pocket-sized SSD has arrived – well nearly. At CES, SanDisk showed a concept only drive that would seem to fit alongside its Extreme Portable External SSD models and targeting an eye-catching transfer rate of 20Gbps – but gave no clues as to availability or price. If anyone is going to be first to market with a storage device of this size and capacity you might it to be SanDisk so this is one marked watch this space. The company did debut a 1TB thumb drive with both USB-A and USB-C connectivity and a cloud-connected photo backup device for the home.

This will blow your mind (but we hope not)

Get ready for a new acronym. BCI - for Brain Control Interface - is now a very real thing having been fantasised about for decades. The goal is to reach real-time interaction by using just the brain directly. Among the latest to try their luck is French company NextMind, which is unleashing a brain-sensing wearable for real-time device control, mainly aimed at gaming. While there are some (take a bow Elon Musk) who believe we will all be implanted with chips someday soon, NextMind aims to take BGC mainstream with a non-invasive procedure.

NextMind’s BCI is a lightweight thin band worn around the head which taps the neural network – specifically the visual cortex. It can also clip onto the back of an Oculus VR headset. To some it’s a souped up electroencephalogram, or EEG, but to company founder Sid Kouider – a former professor of neuroscience - this will evolve from performing simple tasks, like calling up an image from your photo library, to controlling any connected device you like simply by thinking it.

The company won two awards at CES 2020: ‘Best of Innovation in VR/AR’ and ‘Honoree in wearable technologies.’ Development kits will ship from the Spring for $399.

Another startup, CTRL-Labs, released a developer kit last year for a similar noninvasive neural interface via an armband rather than the skull. Facebook snapped it up for about $1 billion in September.

Cinema on the ceiling

We’ve had wrap around sound with Dolby Atmos, and here comes full immersion cinema. Korea’s CJ 4DPLEX, the company behind the ScreenX 270-degree multi-projection cinema format and 4DX multi-sensory experiences, is extending projection to ceilings as well as three sides of a cinema.

Claimed as a first for cinema, the side walls of the auditorium are curved to a trapezoidal shape, “diminishing image distortion” to provide a “seamless panoramic viewing experience”. On top of this structure is the ceiling screen that covers the remaining unused space of the auditorium.

The other elements of the 4DX concept adds motion seats (now with “up to 10 times wider range of motion” than before!) water, wind, snow, lightning, scents and other special effects to the visuals. Also announced by the company at CES is an indoor AR platform that can bring mobile games to public spaces such as cinemas, shopping centres, and theme parks. The ‘4DX AR’ platform introduces an indoor navigation system claimed superior to conventional AR game tech.

Until now, the characters in conventional AR games could not differentiate between objects in the real physical space and virtual 3D objects, resulting in overlap of the two. Games using the ‘4DX AR’ platform will recognise even subtle differences between the real physical space and virtual objects, allowing characters to go through or even hide behind real spaces such as walls.

TV makers are savvy enough to realise that pushing screens with ultra-high resolution alone aren’t going to excite a public savvy enough to know there’s next to no actual 8K shows to watch. Now that the Consumer Technology Association (which runs CES) has benchmarked 8K Ultra HD certification, big brands are unboxing their latest flagships.

LG claims its eight new 8K TVs surpass the basic CTA specs. Its range is headlined by an 88-inch OLED model and contains its most advanced AI processor to haul poor old HD pictures into the appearance of full 8K UHD in realtime.

Samsung unveiled a range of 8K tellies in its version of OLED called QLED including an 85-inch model (Q950TS) which has a less than 2mm bezel making the image seem to float. Samsung says the set is 99% picture compared to 95% for most TVs. In addition, the Q950 is only 15mm in width so you can lay it flush against the wall. It’s got the smarts to replicate your wallpaper or ambient lighting too. 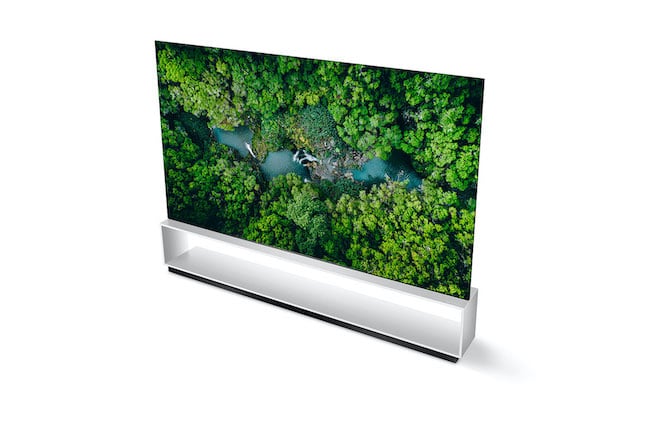 Both the LG and Samsung ranges are compatible with YouTube and the AV1 codec which theoretically means the displays can stream native 8K at 60 frames per second, so long as there’s an internet connection fast enough to fuel it.

Samsung also showcased its latest ‘designer’ TVs including the Sero – a unit which automatically rotates on its stand into horizontal or vertical positions – intended to sate the millions of us frustrated at being unable to stream video from our mobile phones. Also on show, are ‘Frame TVs’ ranging in size from 32-inch to 75-inch which will not only fit to your wall with ‘invisible’ connections, they come with Art Store 3.0, a library of 1000+ paintings that you can choose as ‘screen savers’.

Finally, in Brexit month, let’s have a Best of British entry. VividQ is a start-up from the brains of Oxford, Cambridge and St Andrews universities intent on making a holographic display for mass consumption. Its secret sauce is a core algorithm (patent pending) enabling real-time hologram generation with applications targeting holographic display in AR/VR headsets, smartglasses, and in-car head-up displays. It has a manufacturing deal with Taiwan’s Himax Technologies. “This is the evolution from flat ware to spatial ware,” VividQ proclaim. “This means highly realistic 3D displays wherever you look… projecting a desktop anywhere, removing the need to carry mobile devices with you.”