Has the Holy Grail of long term storage finally been discovered? 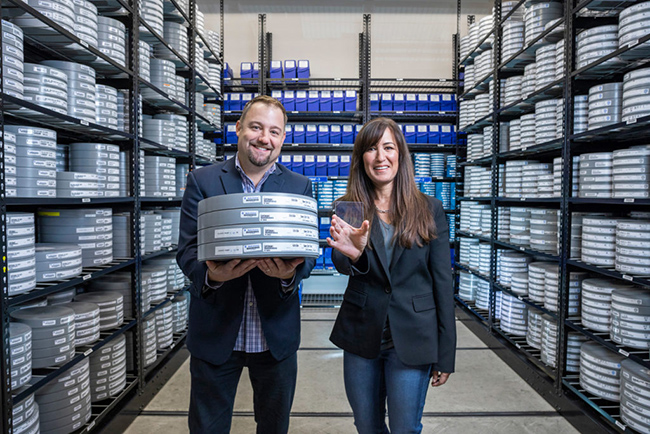 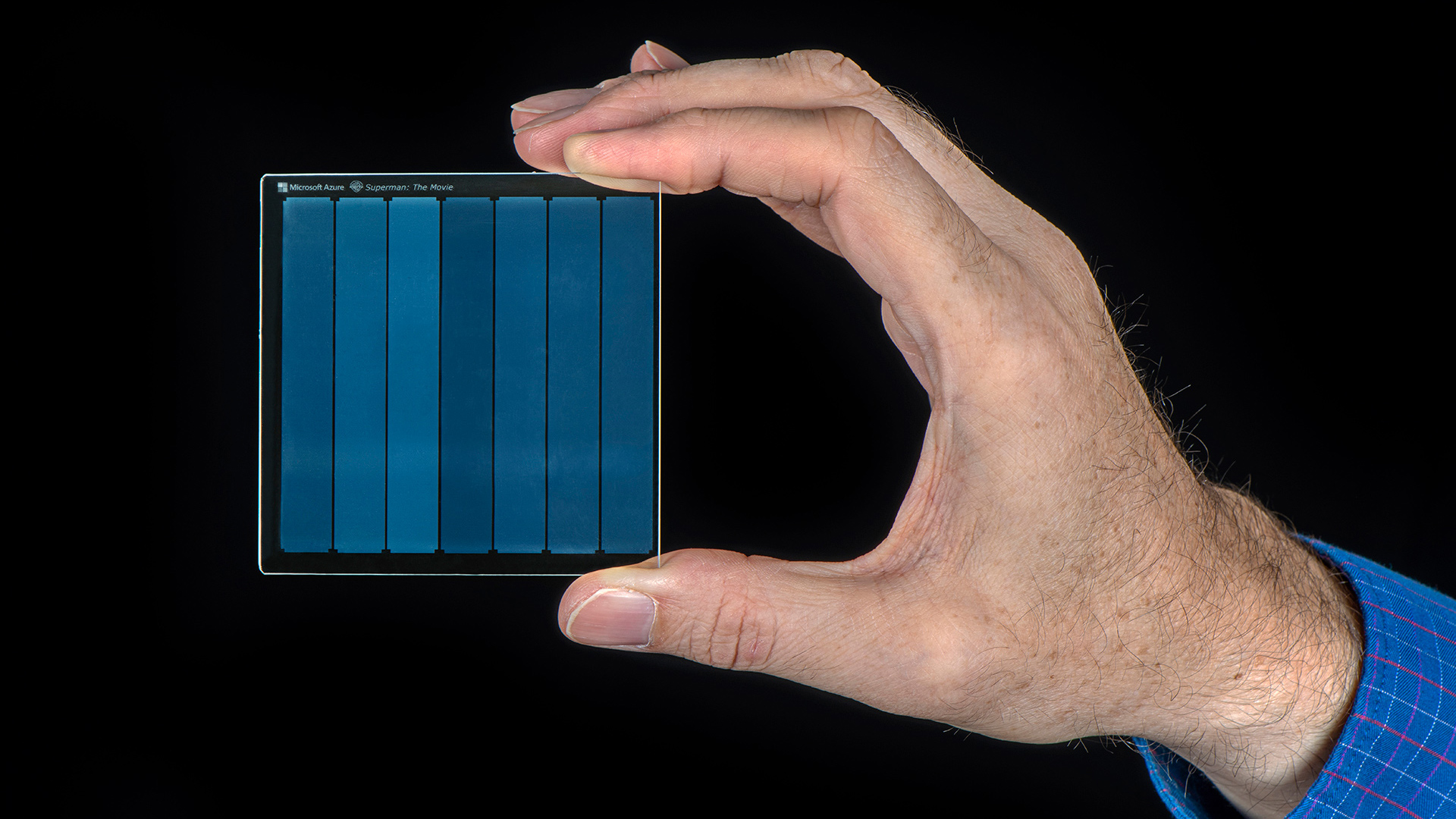 Stone, papyrus, paper... the history of recorded information suggests that a physical medium has the best chance of long term survival. It’s a problem that Hollywood studios have long grappled with by retaining archival film prints of movies in the knowledge that, contrary to many digital, optical or cloud-based formats, it will safely last a century.

While LTO tape could feasibly last several decades, work is afoot to find a longer lasting format which doesn’t require manual migration every few years or run the risk of read/write obsolescence and data decay.

A new proof of concept seemingly made of Krytonite could provide a lasting solution.

Microsoft and Warner Bros. have collaborated to store and retrieve the entire 1978 Christopher Reeve Superman movie on piece of glass roughly the size of a drink coaster, 75 x 75 by 2 mm thick.

It was the first public test for Project Silica, a Microsoft Research project led out of Microsoft’s Cambridge, UK lab in conjunction with a team researching optoelectronics at Southampton University.

According to Microsoft, the process works by laser encoding data within quartz glass. This creates ‘voxels’ or layers of three-dimensional gratings and deformations at various depths and angles. Machine learning algorithms read the data back by decoding images and patterns that are created as polarized light shines through the glass. It’s somewhat like creating upside down icebergs at a nanoscale level, with different depths and sizes and grooves that make them unique. A 2-mm-thick piece of glass can contain more than 100 layers of voxels.

Here’s the Krytonite bit. You can boil it, bake it, microwave it, flood and scour it, even demagnetise it but this is one tough glass. Data intact.

Calling it a major milestone but also a work in progress, Mark Russinovich, Azure’s chief technology officer, said the question wasn’t ‘Can we do it?’ but one of refinement and experimentation.

Important to note that this is not going be something that pops-up in a consumer device for playing back movies. This is about building storage that operates at the cloud scale to archive what’s known as ‘cold’ data —stuff that doesn’t need to be frequently accessed.

That includes a film studio’s master copies for example. Warner Bros. says Project Silica could create a permanent physical asset to store digital content and provide durable backup copies. Right now, for theatrical releases that are shot digitally, the company creates an archival third copy by converting it back to analogue film. It splits the final footage into three colour components —cyan, magenta and yellow — and transfers each onto black-and-white film neg that won’t fade like colour film.

Those negatives are put into temperature and humidity controlled vaults and if Warner needs the film back, they must reverse the entire process. With one eye on the dwindling supply of film labs in the world and another on the cost, studios need a way out.

“When we shoot something digitally and print that to an analogue medium, you destroy the original pixel values,” says Brad Collar, Warner Bros’ SVP of global archives and media engineering. “And, sure, it looks pretty good, but it’s not reversible.”

Glass storage has the potential to become a lower-cost option because you only write the data onto the glass once. Femtosecond lasers — ones that emit ultrashort optical pulses and that are commonly used in eye surgery — permanently change the structure of the glass, so the data can be preserved for centuries. 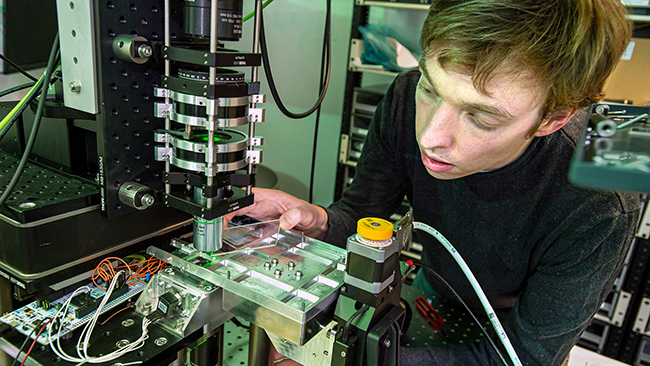 There are alternatives. DOTS (Digital Optical Technology System) stores digital data onto metal alloy tape and can be kept at room temperature. Microfiche-scale human readable text at the beginning of each tape contains instructions on how the data is encoded and on how to actually construct a reader so as long as cameras and imaging devices are available, the information will always be recoverable.

Originated by Kodak, US-firm Group 47 has developed the technology since 2008. “No other storage medium is stable for 100+ years under conditions of benign neglect,” it states.

A rival preservation system from Norwegian developer Piql is claimed to store digital files on high resolution micrographic film for up to 500 years. The polyester-based media is more chemically stable than nitrate.

Like DOTS, the source code for the decoder is stored on the film at the beginning of the reel in both human readable and digital form so only a light source, a camera/scanner and a computer would be needed to restore the information in event of disaster.

Microsoft itself has a parallel project to Silica using DNA molecules to develop archival storage. Using DNA to archive data is attractive because it is extremely dense (up to about 1 exabyte per cubic millimeter) and durable (half-life of over 500 years).

Of course, what is not known for any of these technologies is just how long their shelf life actually is. Come back in 500 years and we’ll have an update for you.