Dell's pint sized workstation is more powerful than you might think 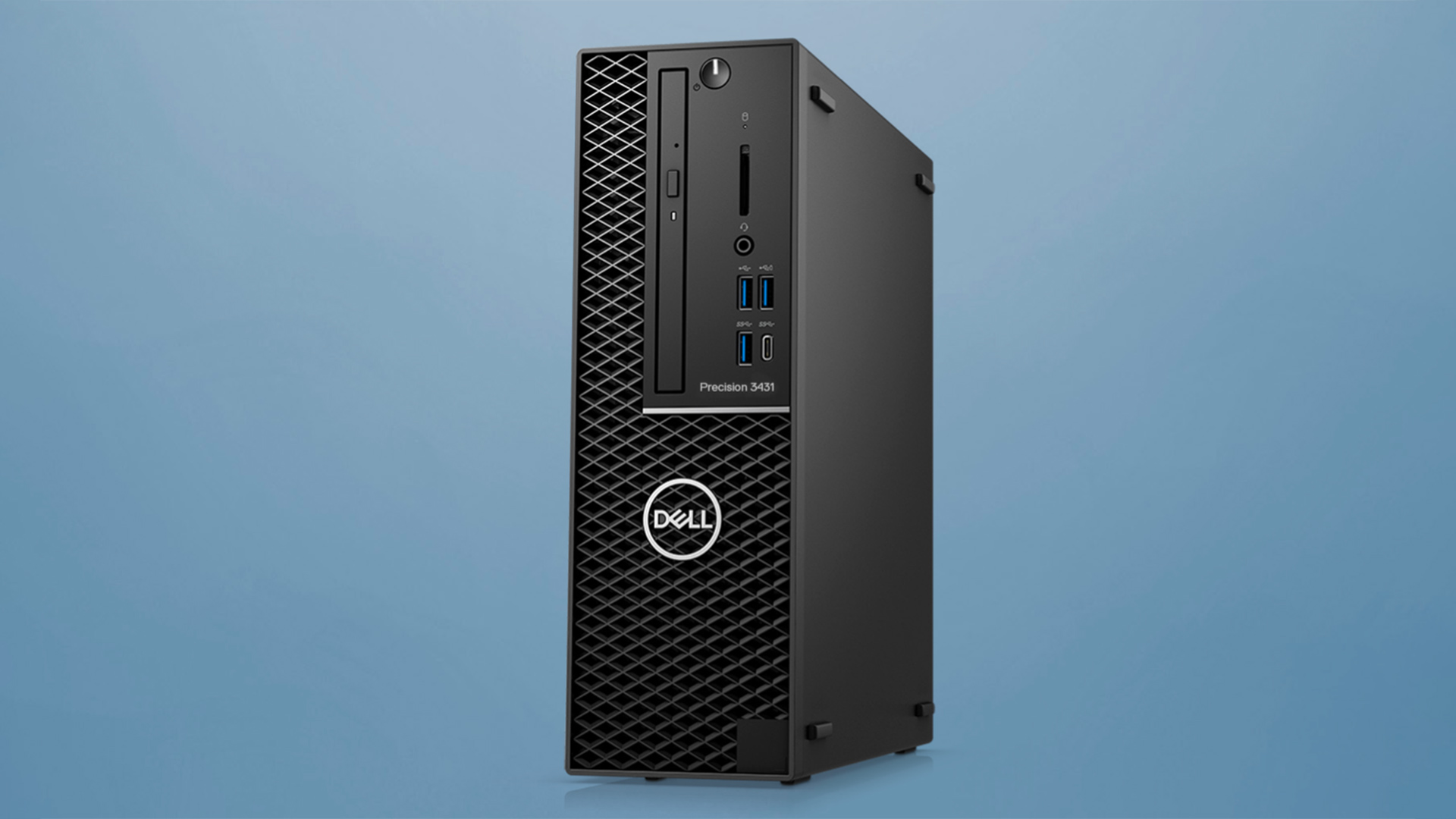 Review: Small is beautiful. We can say that about many things in life. Dell looks to put the beauty of a Precision workstation into an eight-litre chassis.

When space is at a premium, but workstation performance and reliability is demanded, you might turn to a Dell Precision 3431. Its small form-factor is appealing, but can it handle your creative work? Well, it depends. 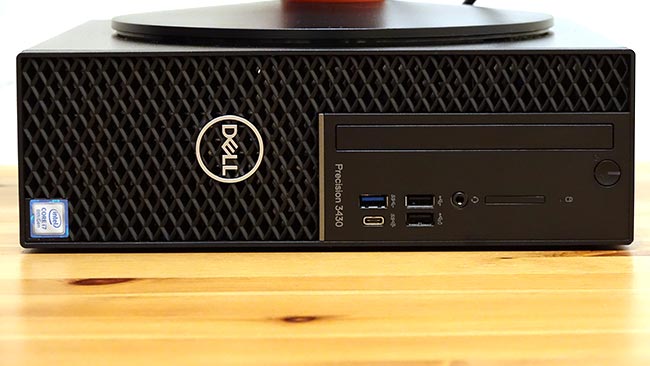 The Precision 3430 won’t steal desk-space from you

If it is possible to build a powerful desktop replacement in a mobile workstation, then how important, and where, are the trade-offs in a small form-factor workstation? The easy answer is “sometimes they are huge, and sometimes not”, but let’s qualify that one issue at a time.

The level of processor performance is trimmed-back. The Precision 3431 takes up to an eight-core CPU with a max Turbo frequency of 5.0 GHz. If your applications include 3D modelling, interactive visualization, or many video applications, then a speedy 8-core CPU is fine for you. If your workflow includes applications that truly utilize parallel processing, for example rendering, then this CPU won’t be the best choice.

Total RAM is limited to 64 GB. For a power user, that can be a hard limit. On the other hand, many interactive workflows can live happily within a 64 GB RAM limit. If your work is focused on interactive modelling, basic video editing, 2D graphics, then the chances are relatively good that 64 GB of RAM is sufficient.

The maximum storage is limited as well. The specification supports up to 2 TB of SSD storage and 12 TB of HDD storage. A single SSD at 2TB may be a limitation for some users.

Due to its size, the Precision 3431 only supports half-length graphics cards. This limits the GPU power to a Quadro P1000 GPU and below. I think this is the most severe limitation.

The workstation could be destined for creative graphics, modelling and animation, or uncomplicated video editing. Adobe After Effects leans more heavily on the CPU than the GPU. AE also runs better on a lower-core-count CPU with faster clock speeds. If you need a workstation destined for these workloads, then this space-saving Precision 3431 could be a good fit.

What is in the test system? 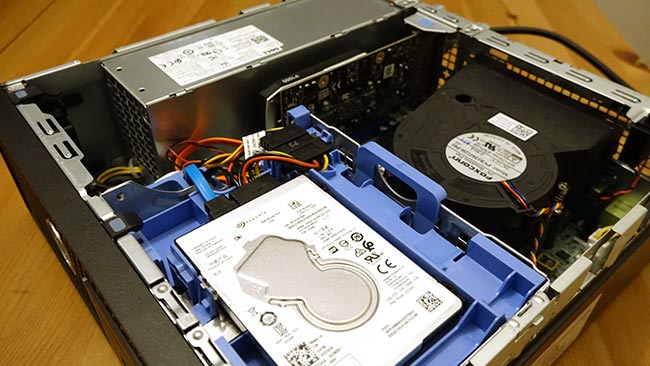 Small on the outside and compact on the inside

It is possible to increase the speed by switching to a Core i9-9900. If you need the extra CPU performance, this is as fast as the Precision 3431 can take you.

The Precision 3431 supports 64 GB of RAM running at 2666 MHz. It supports both ECC and non-ECC RAM. It also supports Intel Optane with up to 32 GB as a cache between RAM and storage. As for storage, the Precision 3431 can be configured with 2 TB of fast M.2 PCIe SSD storage. It is possible to add two more storage devices. These can be SATA SSD drives or magnetic drives. Absolute maximum storage capacity changes whenever new drive options are qualified. The interesting constraint, therefore, is the 2 TB limit for fast, M.2 PCIe SSD storage. 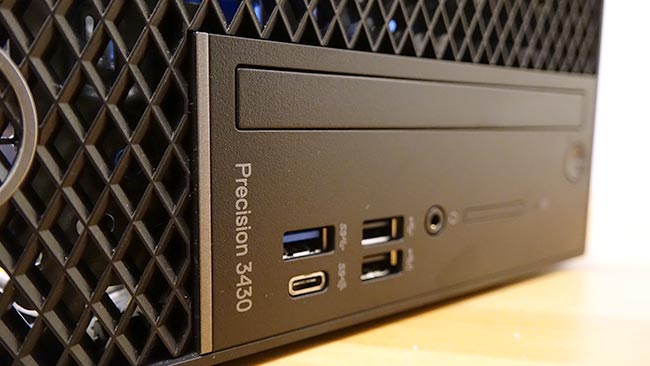 How does it perform?

The Core i7 with a max Turbo frequency of 4.6 GHz and the Quadro P1000 provide reasonably balanced system performance for such a small workstation. The 16 GB of RAM suffices for testing and benchmarking. For daily work, it is hard to imagine a workstation with less than 32 GB. Frankly, for my work, I would probably upgrade to a full 64 GB.

The system ran the Premiere Pro tests reasonably well with several test rendering faster than real-time. In the 4K video encoding with color correction test, the workstation rendered in 55% of real-time.

In other words, if the clip were 100 seconds long, the workstation would need only 55 seconds to render the clip. The ability to achieve this performance is due to a balance between the Core i7 CPU and the Quadro P1000 GPU. The 12 threads on the Core i7 are all running well over 50% capacity and feeding the Quadro P1000 fast enough to keep the GPU pegged at 100%.

It is clear that a faster GPU would perform better on the video tests. If your work involves running Premiere Pro or Davinci Resolve on a daily basis, or even on a weekly basis, then take a look at the 3431’s big brother, the Precision 3630.

Premiere Pro could take advantage of a faster GPU. And DaVinci Resolve leverages GPUs better than Premiere Pro. Resolve can also deliver speed improvements with dual GPU configurations. Your benefit in moving up one model is that the Precision 3630 supports a single GPU up to the Quadro RTX 5000 and it also supports dual a Quadro RTX 4000 configuration.

Dell delivers a tool that helps you understand which configuration you need for your work. It’s the Dell Precision Optimizer (DPO). It comes in a free version as well as a paid AI-enabled version.

The primary purpose of the DPO is to tweak your hardware to increase performance. The DPO can also run an analysis while you work. The DPO can show you the utilization of your workstation.

Given its size, Dell packs a lot into this 8-litre workstation. While the limitations imposed through its size are significant, the Precision 3431 is a tiny, … very tiny desktop workstation.

If your work demands more than the core technology of the Precision 3431 can deliver, especially if you need a fatter graphics card for video or VR, then take a look at a Precision 3630. For anyone looking for a workstation with a small footprint and decent performance for 3D modeling, graphics, and basic video editing, the Precision 3431 fits perfectly. 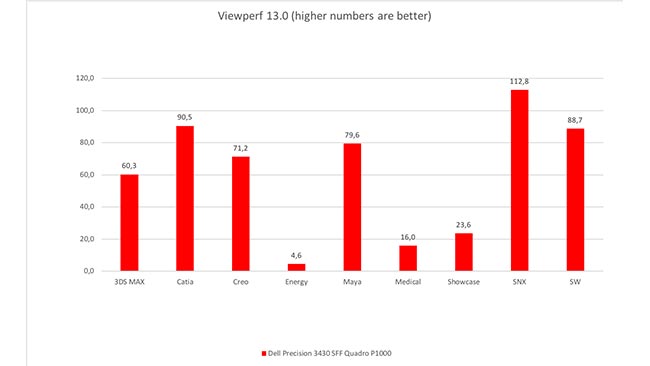 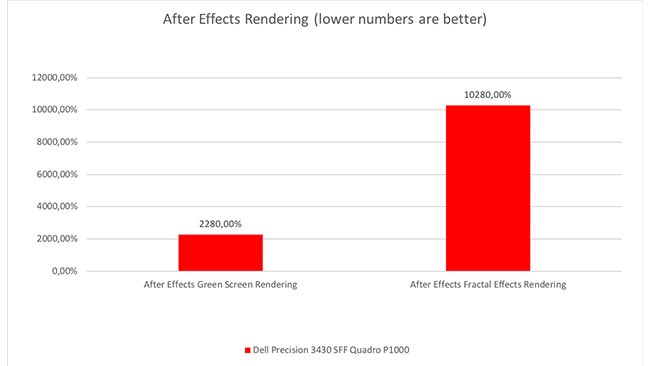 No surprises to be found in the Cinebench results 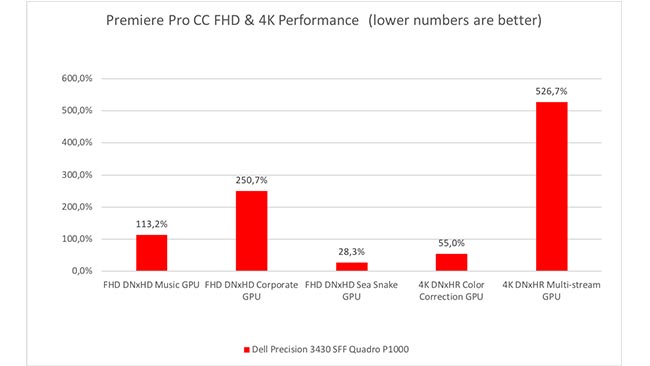 The Premiere Pro results are OK. The GPU is the limiting factor