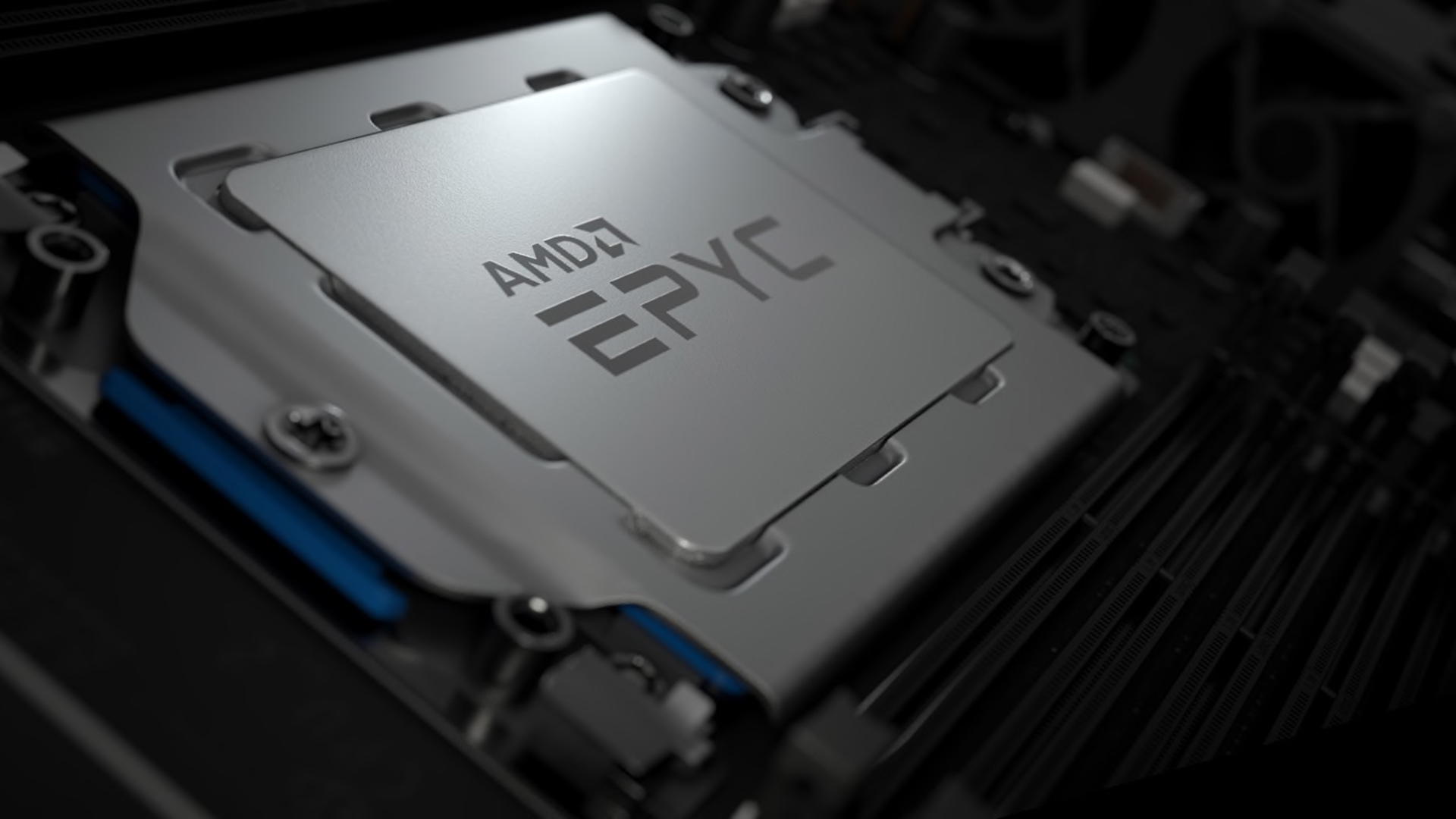 Impressively, AMD has announced that the Zen 3 is design complete. That means that it’s going into sampling, with a target launch in the first half of 2020. What’s new architecturally isn’t clear, but it’s going to be gaining in efficiency and transistor budget, as much as 10 and 20% respectively, by moving to TSMC’s 7nm+ process node. AMD’s Mark Papermaster (CTO) is conservative about this transition; we shouldn’t be expecting much by way of clock speed boosts from the new process, so most of the gains will be from efficiency.

Intel’s competition presently is its newly launched Ice Lake and Cooper Lake processors, on 10nm and 14nm++ nodes respectively. If Intel’s Core-X really does achieve the 2x performance improvement that Intel claims, then 2020 will be an interesting year for CPUs indeed.

The EPYC model is codenamed Milan, and Cray will be using it in its upcoming Perlmutter supercomputer -- AMD is doing well in this prestige market, which also helps to raise its bottom line and support AMD’s continued R&D.

The Milan is thought to include a 64-core processor, but that’s unconfirmed; AMD has not released details on Milan yet, but if AMD continues firing on all cylinders, it’s going to be interesting, to say the least.

The Zen 4 design is in progress and slated for a 2021 release using TSMC’s upcoming 7nm EUV (Extreme UltraViolet) process.

Meanwhile, the Radeon Technologies Group is working on the RDNA2 successor to the Navi. AMD hasn’t revealed much about this yet either, but it’s very likely going to include hardware ray tracing, since AMD has already confirmed that for the next generation PlayStation GPU.

For people looking for high-end desktop (HEDT) processors right now, the new ThreadRipper 3000, code named “Castle Peak,” is sure to be exciting. These will split into two lines, one for enthusiasts and dubbed TRX4 and the other for workstations and dubbed WRX8.

The TRX4 will have quad-channel memory. With support for two UDIMMs per channel and 128 GB per UDIMM, that’s an impressive max of 1 TB. For I/O it will support 64 PCIe 4.0 lanes, of which 16 can be switched to SATA.

Both versions have a TDP (Thermal Design Power) of 280W, and the TRX4 will be able to overclock. Whether or not there will be a version of the TRX series with eight memory channels is uncertain. I’d guess it to be unlikely, because most people who would have an interest in memory capacities over a terabyte will probably also favor the additional PCIe and/or SATA lanes as well as the additional cores.

Intel is still almost completely dominant in the high end laptop market. Even now AMD is still relegated mainly to budget systems, like the $1100 Asus ROG Zephyrus. Since the market’s been shifting toward mobile systems, that’s a larger market than desktops, so it’s almost certain that AMD is working to break into that market. It’s in a strong position to be able to take Intel on in both the high end performance bracket and in the ultrabook bracket. The Zen3 ticks all the required boxes to make for an excellent gaming system processor, and the dominant GPU in the ultrabook space is Intel’s Iris line, which isn’t competitive with even AMD’s entry level discrete GPUs.

The challenge here goes beyond technical. Laptop processors don’t sell directly to consumers, so to break into that market AMD needs to convince laptop manufacturers to design laptops around its processors.

Since AMD’s current mobile lineup is based on Zen rather than Zen2, Intel retains the edge in performance in this niche as well.

There are however rumors that Microsoft is using AMD processors in an upcoming Surface refresh. The launch event is on October 2nd, so there’s not much waiting to find out whether that rumor is accurate. Getting a prestigious design win like that might be the foot in the door that AMD needs.
AMD has poked not one but two giants. It’s going toe to toe with both Intel and nVidia, and so far it’s winning. In the CPU world it’s dominating the high end, and the GPU world it’s eating up the mid range market, and working on moving up.

AMD has done an impeccable job of gearing up for the holiday season, getting strong 3rd party support building enthusiast and HEDT motherboards and following up a series of stellar launches with yet another one just in time for the biggest shopping season of the year.