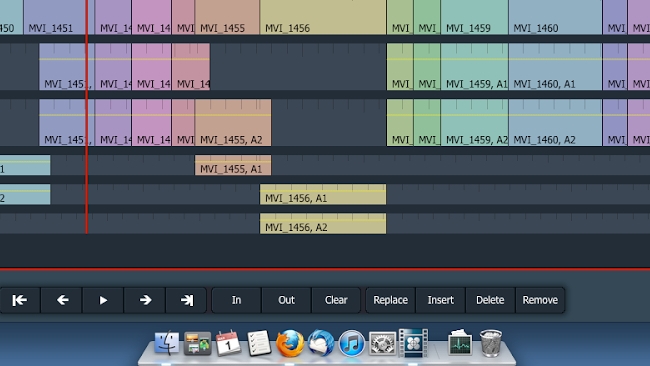 For the first time at NAB 2013, end users were able to try Lightworks for OS X. This eagerly-awaited version completes the trio of platforms that this famous NLE software uniquely runs on

Although still officially in a "Pre-Alpha" stage, the software had more of a Beta feel to it, and proved to be remarkably stable. As long as any known issues were avoided, Lightworks for Mac looked very solid and was shown working with third-party I/O, including some from Blackmagic.

According to Lightworks Sales Manager Robbie Fleming, Lightworks for OS X will  enter a closed Alpha test period at the end of April, with the aim of starting a public Beta test in the summer.

“Our aim is to push for final release - or to have release candidates - by IBC in September if all goes well in testing. However we have a  long way to go” said Fleming.

Not done till it's done

The clear message here is that while progress is good, it’s not done until it’s done. So despite the optimism of the Lightworks team, it would be a good idea to track progress closely before pinning the success of an important project on the timing of the Mac version.

Either way, before very long there will be another heavyweight ("Hollywood Strength") NLE on the Apple platform, which is a big deal in anyone's terms.

One of the biggest advantages of Lightworks is that it is the same - in fact it is virtually identical - across all three platforms it now supports, with absolutely no cross-training needed.

The Lightworks team hasn't issued a full demo of the Mac version yet, but here's the Linux demo. You'd be hard pushed to spot any differences.