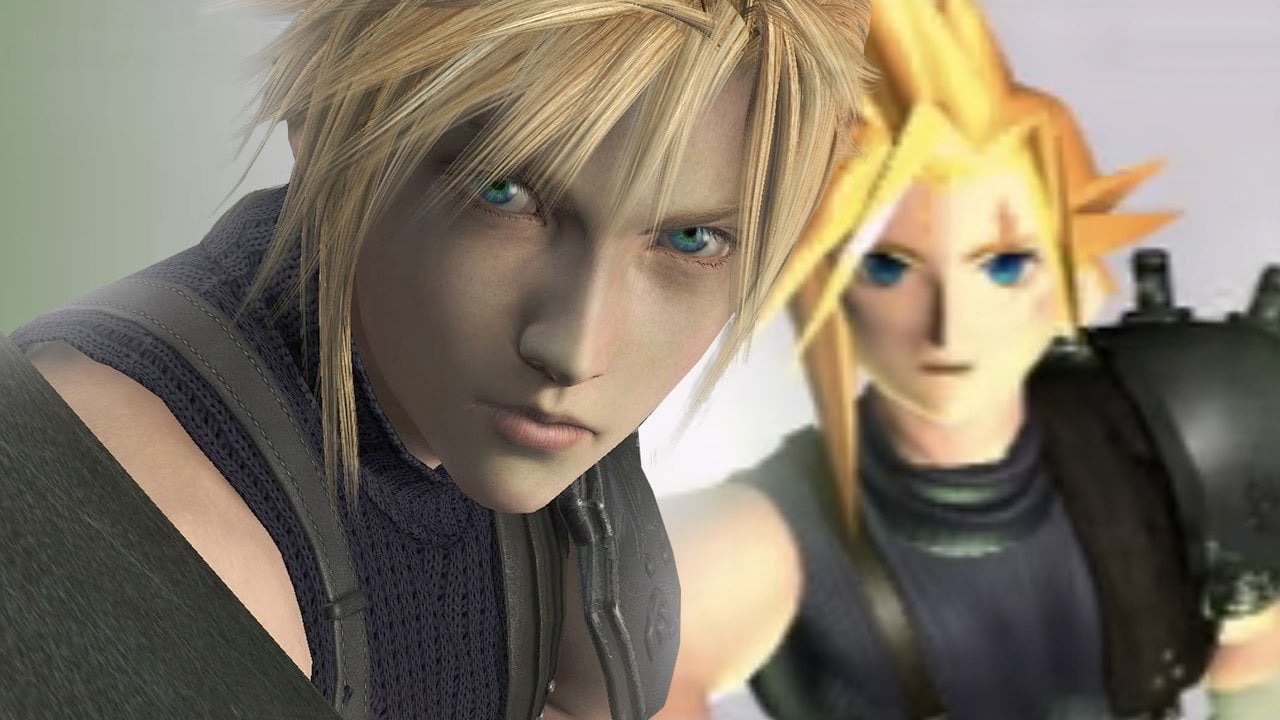 FFVII’s main protagonist Cloud. And the ‘new’ version of him in this shot is actually early dev footage and nigh on three years old already. Things have only moved on since…

One of the big announcements from the recent E3 was that Square Enix’s long mooted remake of the classic Final Fantasy VII video game will be released next year. And the differences to the original are jaw-dropping.

Its difficult to remember quite how ground-breaking the original Final Fantasy VII was when it was released in 1997 on the original Sony PlayStation. While anyone who played it has a great deal of fondness for the title and its narrative, the years have not been kind to it. To be fair, they’ve not been kind to any titles from that period, but anyone who loaded up FFVII as part of the PlayStation Mini offering last Christmas will have been largely baffled what all the fuss was about.

Admittedly it was a bad emulation, but blobby low-poly models working through a seemingly endless and depressingly linear script featuring extremely limited interaction with the landscape and the objects around them, was not quite the nostalgia fest many of us had in mind. Which is probably why the announcement that developer Square Enix is remaking it for the PlayStation 4 with a release date of next March set the recent E3 games show on fire to quite the extent it did. In a way they’re giving us the game the way it always played out in our heads, but this time Midgar will be onscreen in all its dystopian glory.

What was especially cool about the material shown in the demo reel at E3 too was that it was all so familiar. While this is no mere HD retread of existing code, the rebooted game has the same narrative so that some of the opening scenes you see in the new game are the same as the old one. This lets you really understand the difference the last 23 years have made. It’s different to think of an analogue to the film world as progress has been so swift, but add 100 years onto that number and you’re probably in the right ballpark.

Have a look at the video put together by the GameXplain team to see what we mean.

Perhaps the most astonishing thing about this though is that it is all being put together with current technology. The game will come out on the PS4, a machine which in console terms is verging on the geriatric, and was created using the Unreal Engine 4, which is also a very known quantity in modern CG. Square is just managing to wring out every ounce of optimisation from the technology. And it’s not just the pre-rendered scenes either: the gameplay footage we’ve seen so far is nigh on seamless.

Where all this goes next with the yet-to-be-announced PS5, which persistent rumour has turning up at the end of 2020, is unknown: possibly yet further into the Uncanny Valley and into even larger and more immersive open worlds. Certainly the specs of the next gen Xbox, codenamed Project Scarlett, due out next year suggest we will see another leap in onscreen quality, seeing as it features a custom-designed CPU based on AMD’s Zen 2 and Radeon RDNA architecture delivering 8K gaming and up to 120fps, ray tracing, variable refresh rate support and more.

Now it has to be said that photorealism isn’t the be all and end all of computer games. Nintendo proved that once and for all with Zelda: Breath of the Wild, which creates a stylised open world universe for players to lose themselves in and is widely considered one of the best games ever made (arguably the E3 news that the next in that series is in development for the Nintendo Switch overshadowed even the FFVII announcement).

But the graphics advancements are only part of it too. The original FFVII saw characters interact fitfully with sporadic in-game objects against pre-rendered backdrops; the new open world Midgar will be built from objects. The gameplay has been overhauled, and everything is bigger; the original game came on three CD-ROM discs; the remake will come on two Blu-rays but, and here’s the rub, those two discs only represent the first part of the remake and cover the adventures in Midgar alone. The Overworld and the other 80% or so of the game will be contained in future instalments. These Midgar adventures in turn will be expanded to fill the game time that is expected from premium titles nowadays.

And given the development cycles attached to premium titles nowadays that means that future instalments of the game will take place on the PS5 as well. The Final Fantasy VII remake won’t just let us compare far flung generations of machines; it will let us analyse the differences between the ones we can buy in the here and now.