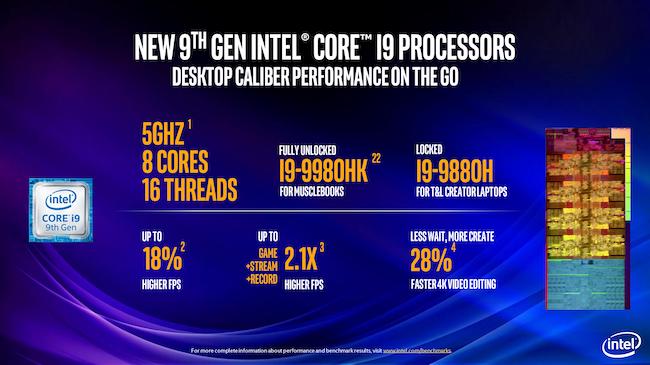 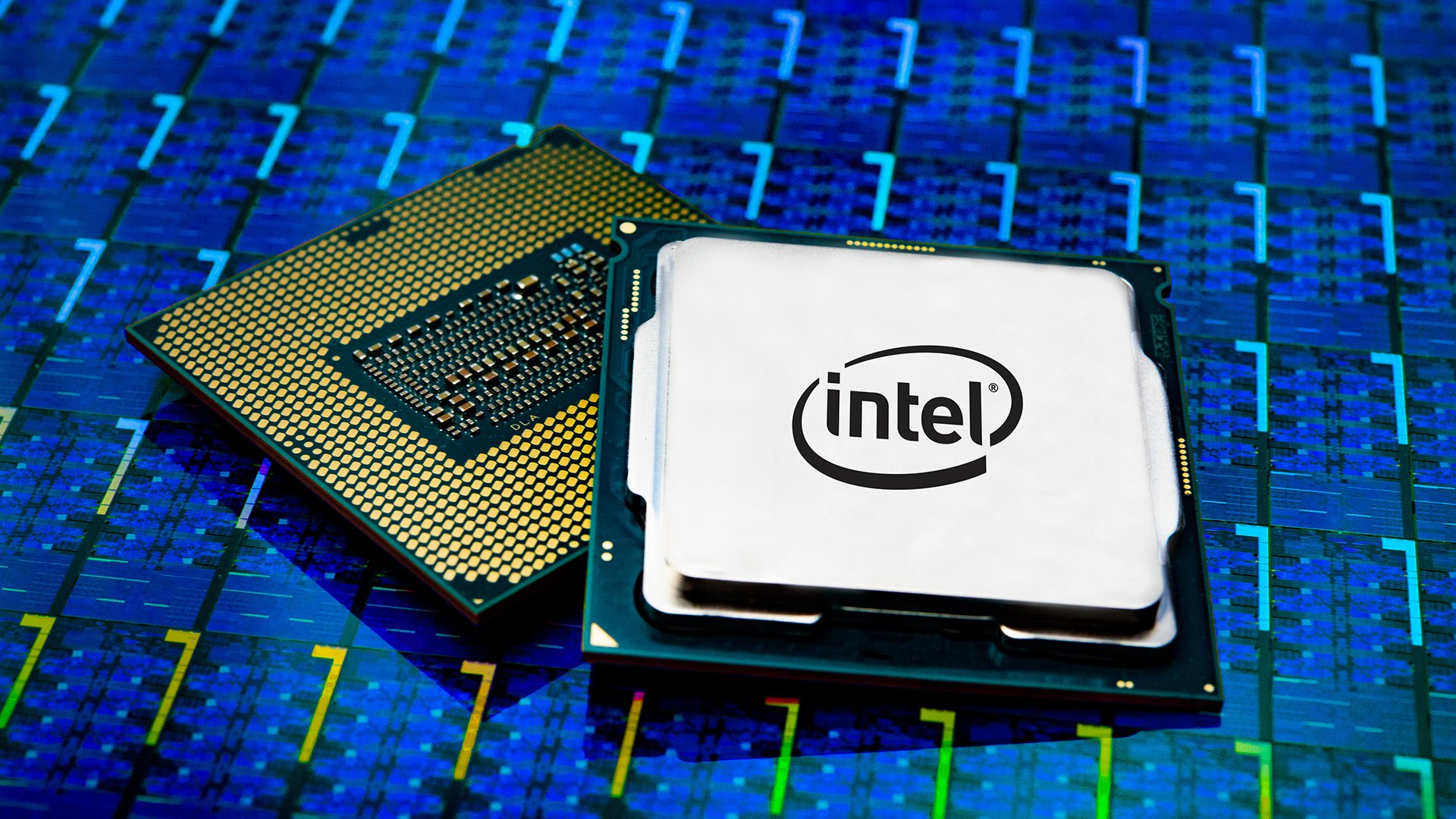 Intel launches 45W 9th Gen laptop CPUs, and they are so powerful that Intel is dubbing machines that use them 'Musclebooks'.

When Intel launched their 9th Gen. Desktop CPUs at the end of 2018 we knew full well the Mobile versions for laptops would arrive during Q2 2019. When you consider the headline Desktop Core i9-9900K with eight cores and 16 threads has a nominal 95W TDP but draws more like 125W in regular use, we simply had to wonder just how much 9th Gen Intel could bring to the world of gaming and performance laptops.

The answer, apparently is ‘Quite a lot.’ Intel has launched six 45W parts (two each of Core i5, i7 and i9) where Core i5 has four cores/eight threads, Core i7 has six cores and 12 threads and Core i9 mimics the i9-9900K and brings eight cores and 16 threads to the world of laptops.

Intel considers these Desktop Replacement parts to be so significant it has coined the name Musclebook to describe these mighty new laptops.

The most surprising part of the specification list is that each CPU has a base clock of 2.3GHz-2.6GHz however the Maximum Turbo speeds on a single core start at 4.1GHz/4.3GHz for Core i5, are increased to 4.5GHz/4.6GHz for Core i7 and top out at 4.8GHz/5.0GHz for Core i9. 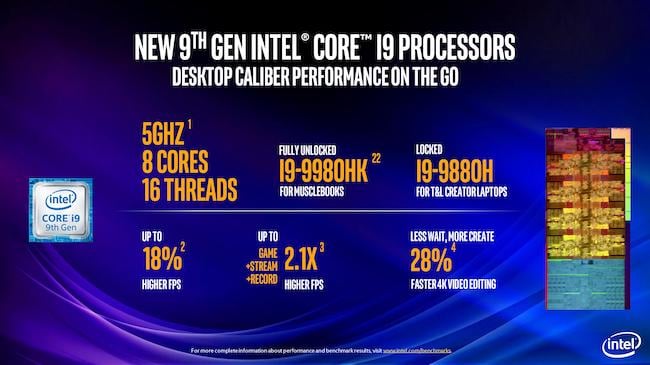 The obvious question is exactly how fast all those cores will run when you play a game or render a video with Adobe Premiere. Your reviewer can state from experience that a desktop i9-9900K locked to 95W will run at 3.7GHz on all cores so quite what will happen with 45W inside a laptop is a complete unknown. Balanced against that most people will run workloads that typically use two or three cores which gives you considerably more headroom for increased clock speeds.

You can be quite sure the Turbo Boost feature will be working overtime with 9th Gen as the algorithm balances workload against CPU temperature.

Other features talked about during the launch centre around tweaks to the 300 series chipset. For example you get support for up to 128GB DDR4 memory and also for Optane H10 which combines Optane memory and an SSD in a single M.2 package. We were more taken by support for Wi-Fi 6 AX200 as faster Wi-Fi is always pleasing to see.