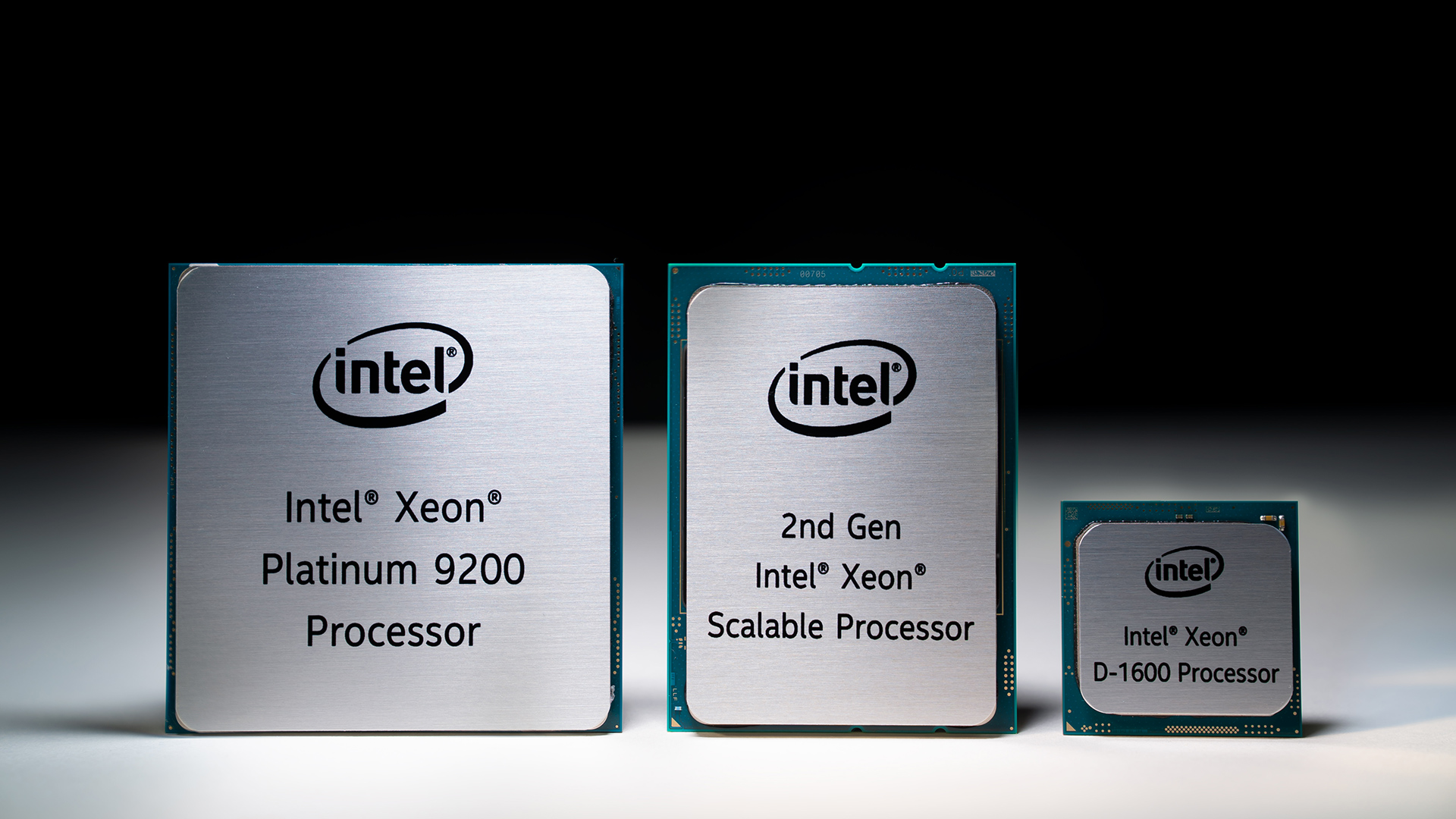 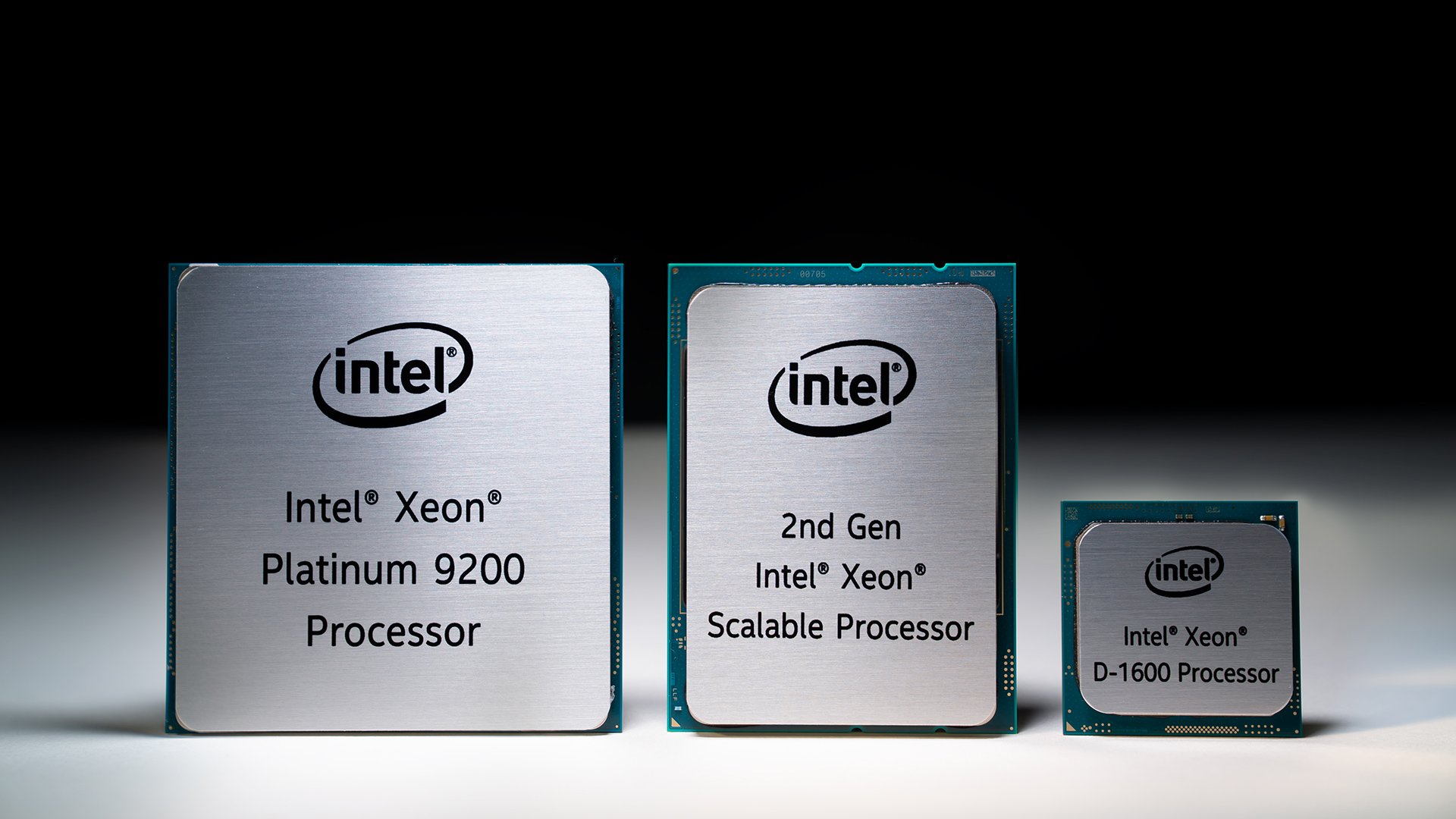 Now that Intel's 10nm production is finally starting to ramp up, it's starting to bring its new products to market.

First up, new processors. Intel just announced Cascade Lake, a new line of Xeon processors. The main improvements here are more cores and more memory channels. The expected new upper limit was 48 multithreaded cores and 12 DDR4 2933 memory channels, but instead Intel added an even higher spec model with 56 cores and 112 threads. Add a huge 77 MB of L3 cache and a 40 PCIe lanes plus a top clock speed of 3.8 GHz and it's easy to see why it's rated at 400 watts.

Intel did not include pricing information, but since these will only be available through integrators, don't expect them to be cheap, especially since the next down, the SP line, start at $10,009. Of the whopping 60 models announced, the top tier has 28 cores and 56 threads, 38.5 MB of L3 cache, and a 4.0 GHz turboe clock speed and consume 205 watts. The three entries of that version support 1.5TB, 2TB, and 4TB of memory respectively.

Given that these begin at $10,000, the new Advanced Performance line will likely carry stratospheric price tags.

Compared to the current lineup, the improvements added are more and higher memory capacity and Vector Neural Network Instructions” (VNNI) support, along with hardware fixes for Spectre and Meltdown attacks.

This announcement also finally brings Optane with it, Intel's 3D XPoint memory to the market, enabling large memory configurations by taking advantage of Optane DIMMs topping out at 512GB. Optane needs to coexist with DDR currently, basically using the DDR memory like a cache, almost as if the Optane DIMMs are just very fast physical storage devices. While it's still not the huge and superfast memory we've been hoping for, but it's a big step toward that.

Being a persistent memory technology, one of the main concerns for Optane is its longevity; to addres this Intel is providing a five year warranty on Optane DIMMs.

For now Optane is probably out of reach for most content creators, but as it matures hopefully it will trickle down to affordable levels, allowing post houses and small production companies to outfit their workstations with hundreds of GB of memory in the not too distant future.

The next processor announcement is also datacenter oriented, but definitely caught my attention: it's the new Agilex FPGA. For those not familiar with the term, a Field Programmable Gate Array is essentially a processor that can be reconfigured in the field, essentially converting it into a dedicated processor. These are common in cameras today, and are what make it possible for companies like Black Magic to add completely new codecs and features to them after launch.

The Agilex is interesting for a few reasons.

First is the 40 FTLOPs of computing power. To put that into perspective, remember that AMD's Radeon VII GPU peaks at 13.5 TFLOPS; clearly, the Agilex has computing power to burn. Also interesting is its plethora of options taking advantage of Intel's EMIB technology, like its 4 ARM Cortex A53 cores, choice of PCIe 4 or 5, support for DDR 4 or 5 and also Optane memory, oor High Bandwidth Memory (HBM) on chip. It can also have cache coherent interconnects to integrate with Xeon SP processors.

The new Xeons are a technology showcase, though it's going to be just as interesting to see how AMD responds to the SP line. The Agilex is the most intriguing of Intel's announcements, due to both its sheer power and because it can be programmed to do just about anything.

The catch of course is that the price tag isn't clear, but Intel has shown time and again that's very good at trickling very advanced technology down to affordable levels and huge volumes, so it's not out of the question that an Agilex based co-processor could function like a Red Rocket, implementing de-Bayering and image processing in a processor that's been customized for the task

For now it's likely quite far out of reach, but if AMD continues to execute then it might give Intel some incentive to use such a beast to regain a competitive advantage.