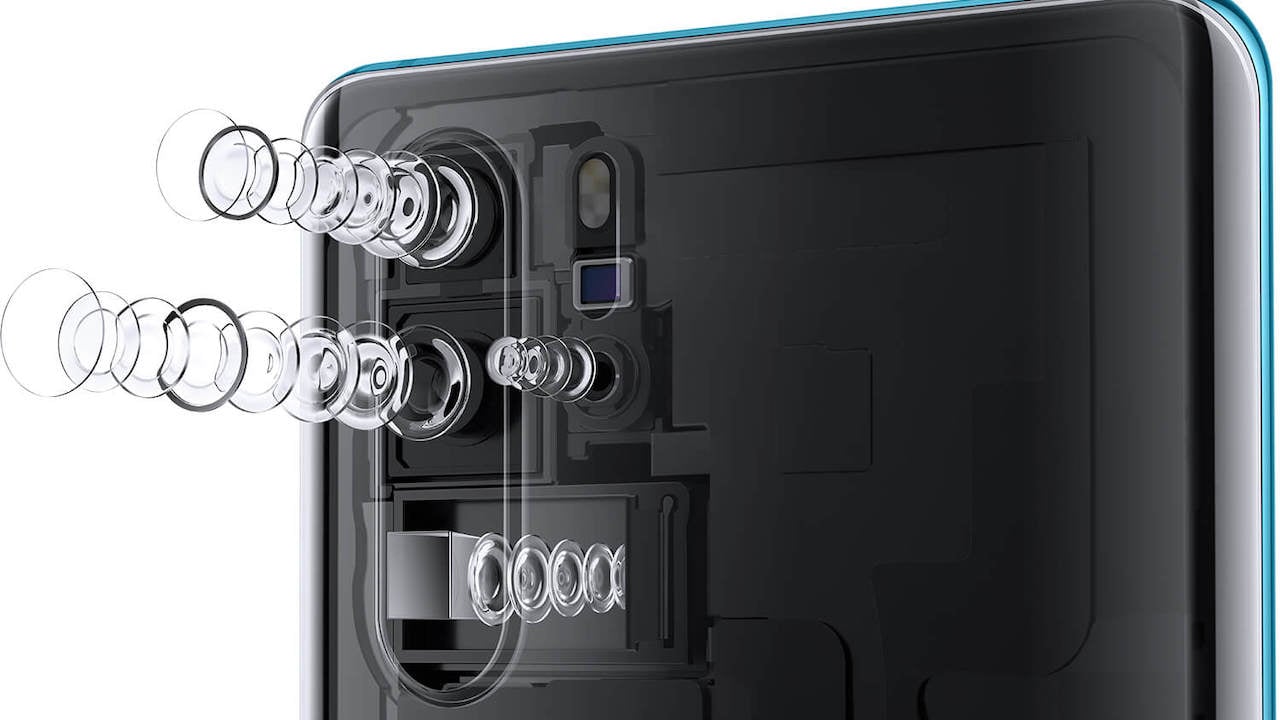 Having first gazumped Samsung with the best foldable prototype on display at MWC 2019 last month, Huawei has now raised the bar impressively when it comes to the smartphone camera with the new P30 Pro.

Huawei finds itself in a bit of an interesting position at the moment. On the one hand probably the most currently innovative of the smartphone manufacturers out there, it is also being regarded as a security threat by more than one Western government. As such, Google news stories about it and you find it described as a controversial company.

From a consumer point of view, though, the company is less about controversy and more about innovation, as the new P30 Pro, launched at a suitably glitzy event in Paris shows. Where the previous P20 Pro had three cameras on the back and a 3x optical zoom, the new P30 Pro adds a fourth camera and upgrades the periscope zoom to 5x.

All in all you get four rear cameras on the back of the P30 Pro, with a teardrop notch on the front hosting a 32MP selfie camera. Co-engineered with Leica, the three lenses housed in a small slab on the back from top to bottom are: an ultra wide angle: 20MP, 16mm, f/2.2; the main sensor: 40MP, 27mm, f/1.6, OIS, which now also features optical image stabilisation; and the periscope zoom telephoto: 8MP, 125mm, f/3.4, OIS. These are joined by a Huawei Time-of-flight (ToF) camera for depth detection, which early reviewers have been really rather impressed by, especially its ability to gradate simulated bokeh in portrait mode.

Huawei claims that combining image data from the main camera with the telephoto lens can produce a 10x lossless zoom. In a slightly similar manner, a future software update plans to add a Dual Video recording function, that will marry video shot via the main sensor with the telephoto one to produce a single widescreen video.

Elsewhere, it features a 6.47in OLED display with a 2340 x 1080 resolution, has an impressively large 4200mAh battery, has an optical fingerprint scanner rather than the 3D face recognition it rolled out on the Mate 20 Pro, and is 5G-capable right out of the box. Based around the 7nm Kirin 980 processor that Huawei designs itself, a move from RGB to RYB promises 40% increased light for low light performance that the company claims runs all the way up to ISO 409,600.

All in all it’s an impressive bit of kit that at least closes the gap to the current smartphone camera champion, Google’s Pixel 2 and, when the first reviews come in, might even overtake it.

The P30 Pro starts at €999 for a 128GB model and tops out at €1249 for the 512GB and is available right now. Unless, of course, you’re in the USA, where Huawei devices are currently embargoed. Though how long consumers are going to be happy with that situation if the company keeps making phones like this is open to question.