Is the end getting near for Blu-ray? 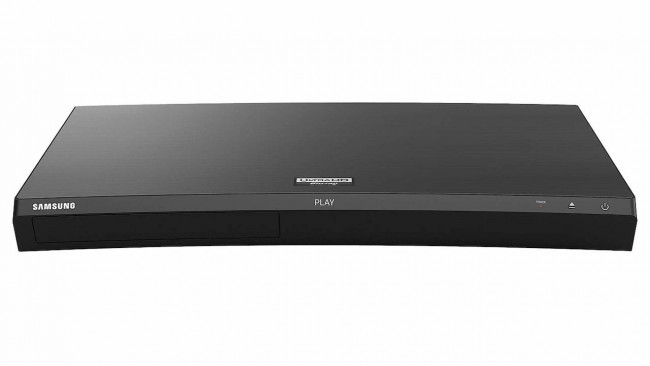 First and last and always: It looks like 2017's M9500 will be Samsung's last Blu-ray player

Does the news that Samsung is getting out of the US Blu-ray market mean that the format is now living on borrowed time?

That Samsung has been thinking of putting the brakes on its US Blu-ray program has been one of those pieces of information that has been hiding in plain view for several months now. There were no new 4K Blu-ray models at IFA last year or CES this year, it has been two years since the last new player, and while there were rumours of a forthcoming very high-end model, this first faded from the schedule and has now, according to Forbes, been officially cancelled.

What’s more, the company has also said it will stop producing new 1080p models as well.

This all comes on the back of flurry of news and updates that points to what observers could kindly call a weakness in the Blu-ray market. Several high profile recent movies such as The Favourite and Stan & Ollie are not getting a 4K Blu-ray release; Oppo announced it was to stop making new players last year despite rave reviews; and 4K Blu-ray Discs are outsold 10x by DVD in the US — yes *that* DVD — which still has 58% market share.

It’s a declining market share though as consumers are as a whole pivoting away from physical media. But Samsung’s woes have been a little more specific than that, with its failure to support Dolby Vision HDR making it a less attractive proposition to the high-end home cinema market than rival machines from the likes of Sony and Panasonic.

Both those companies have new models out, and, of course, Sony also has the PlayStation 4 which serves as a Blu-ray player in many a household (as does Microsoft’s Xbox One). But while one of the PlayStation’s previous incarnations, the PS 2, was widely regarded as being the stealth delivery mechanism that really helped DVD take off globally, it doesn’t look like its successor will be able to pull off the same trick.

4K Blu-ray had a brief window of opportunity, but Netflix, Amazon, Apple et al seem to have closed it. The picture quality of 4K Blu-ray, especially from the high-end players, might be fantastic. But, to paraphrase the usual adage, you can only choose two from the three attributes of convenience, cost, and quality, and it looks like the US consumers at least are making their choices known.