Samsung’s MicroLEDs let you build your screen to your rules 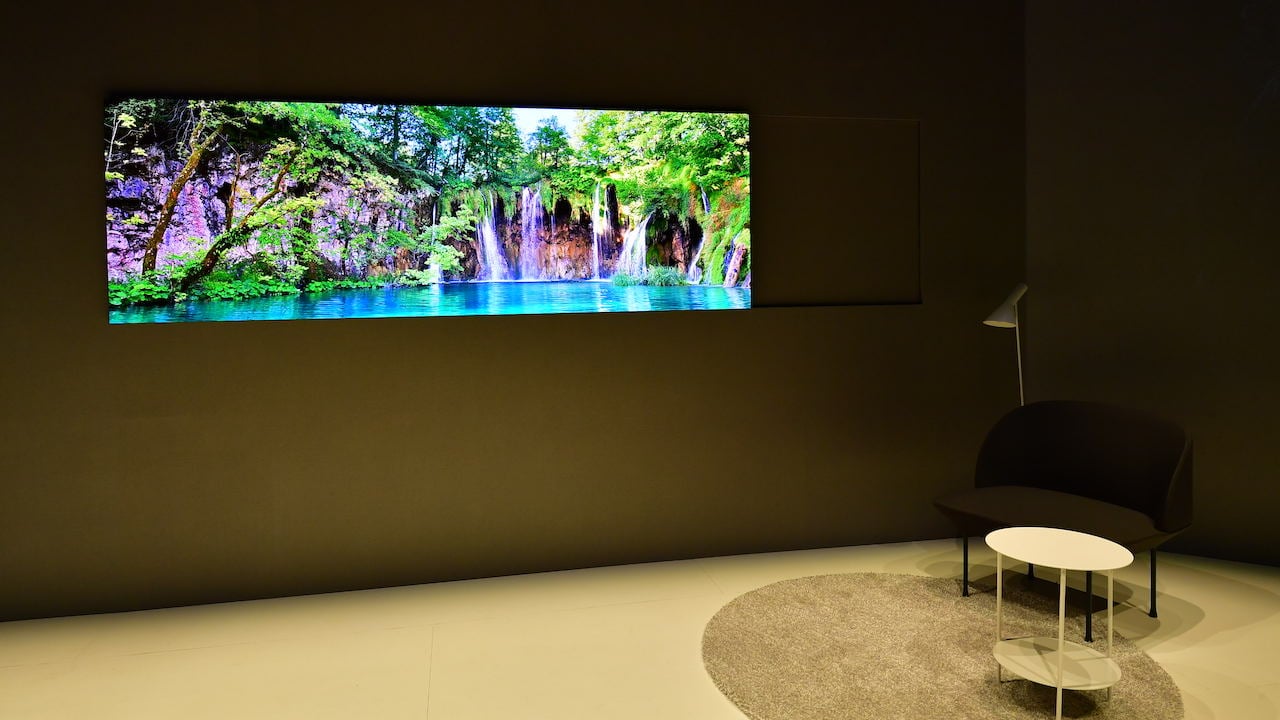 Having debuted in last year’s giant The Wall, Samsung is now using its MicroLEDs to build modular and impressively flexible displays.

MicroLED is an interesting technology that it seems only Samsung is publicly pursuing at the moment, but two sets it had on display at CES highlighted both its promise and its flexibility. One was a new, bigger version of The Wall that measured an extremely impressive 219 inches; the other was a slightly more practical and much more flexible 75in version aimed at the more typical domestic environment.

This is fabulously flexible. The individual, modular building blocks come in two sections: a back plate that easily hooks into other back plates, allowing customers to build sets in the aspect ratios that suit them (“Ratio Free” sees to be the tagline). Then the actual MicroLED tile simply pops on magnetically.

We don’t often share material made by other sites, but the GIF The Verge put together illustrating how it works is well worth a look to see how easily (and spectacularly) this works in real life.

Real life, but not real world. These are very much only prototypes at the moment. The reason that Samsung is slightly out on a limb here compared to the other big set manufacturers is that MicroLED screens are fearsomely difficult to mass produce. Last year the company itself said that consumer versions were at least two to three years out and the prices when they do arrive are likely to be up at the end of the spectrum labelled ‘oligarch’.

But MicroLEDs have a lot going for them: they’re longer lasting than OLED; they’re self-emitting so should deliver perfect blacks simply by the expedient of being switched off; are bright; have an extremely wide colour palette; have no burn in dangers; and can be ridiculously thin thanks to the lack of backlight.

Other manufacturers, including Apple, are apparently looking at MicroLEDs, but Samsung seems to be actively thinking about putting a fairly heavy bet on the technology. Having seen it in action — even in slightly ropey quality GIF form — you kind of hope it’ll succeed in its wager sooner rather than later.