If you thought data wrangling on earth was hard, spare a thought for NASA! 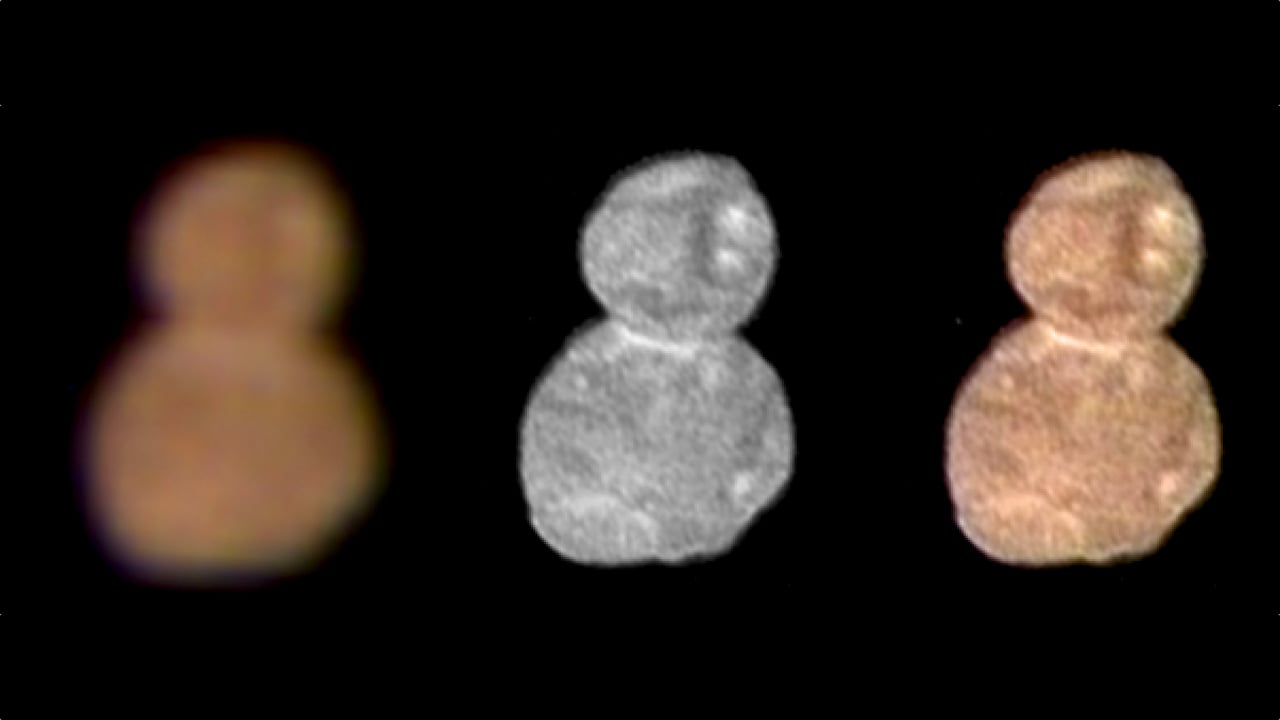 You thought arranging your last shoot was difficult: NASA’s first images of the Kuiper Belt Object, Ultima Thule, were taken 4 billion miles away at a speed of 31,500 mph. More detailed ones are to come as well.

It’s been quite a vintage few days for space exploration as long as it’s unmanned. A Chinese team has landed a robotic probe, Chang’e 4, on the far side of the Moon for the first time and, early on New Year’s Day, NASA succeeded in its daring flyby of Ultima Thule. This Kuiper Belt Object is now, by quite a long way, the most distant object humanity has ever explored.

At a data transfer rate of 1kbps and with the New Horizons probe six light hours distant from Earth, we’re not going to see any detailed images until February at the earliest, according to NASA. But what we have so far is intriguing enough.

We first wrote about New Horizons when it performed its astonishing flyby of Pluto in July 2015, and it’s worth a brief recap of its imaging systems. It’s got three main ones aboard: the Long-Range Reconnaissance Imager (LORRI), a long-focal-length imager with a 208.3mm (8.20in) aperture designed for high resolution in the visible spectrum in low light; the ultraviolet imaging spectrometer Alice; and Ralph, a science package comprised of both a Multispectral Visible Imaging Camera (MVIC) which works in the visible spectrum and the Lisa Hardaway Infrared Mapping Spectrometer (LEISA) which deals in the infrared.

Ultima Thule (or 2014 MU69 to give it its official title) was chosen as a target not long after the Pluto flyby and the first colour image on the left in the NASA composite above was taken 85,000 miles away by the MVIC. The centre image taken by LORRI was taken from a range of 18,000 miles. Resolution is as low as 153 yards per pixel. On the right the two are overlaid. Speculation is that the lighter colour of the ‘neck’ that joins the two spheres is because loose grains have collected there. The red hue of much of the surface, meanwhile, is thought to be due to the effects of radiation on exotic ices on the surface.

We’ll know more soon. With closest approach roughly the same order of magnitude between the two images above all over again, a mere 2200 miles, we’re going to see much more detailed images from New Horizons and LORRI, Alice, and Ralph in the coming months.

Meanwhile, China’s Chang'e 5 is slated to launch this year with plans to land in the Mons Rumker region of Oceanus Procellarum and return a 2kg sample of lunar rock, possibly from as deep as two meters down.

The rest of us might be stuck at the bottom of a gravity well, but our machines are out there. As Brian May sings in the specially commissioned song by NASA 'New Horizons (Ultima Thule Mix)', ‘The future is beckoning / Onward — and onward — we fly’.