AI's ability to fake video comes on in leaps and bounds 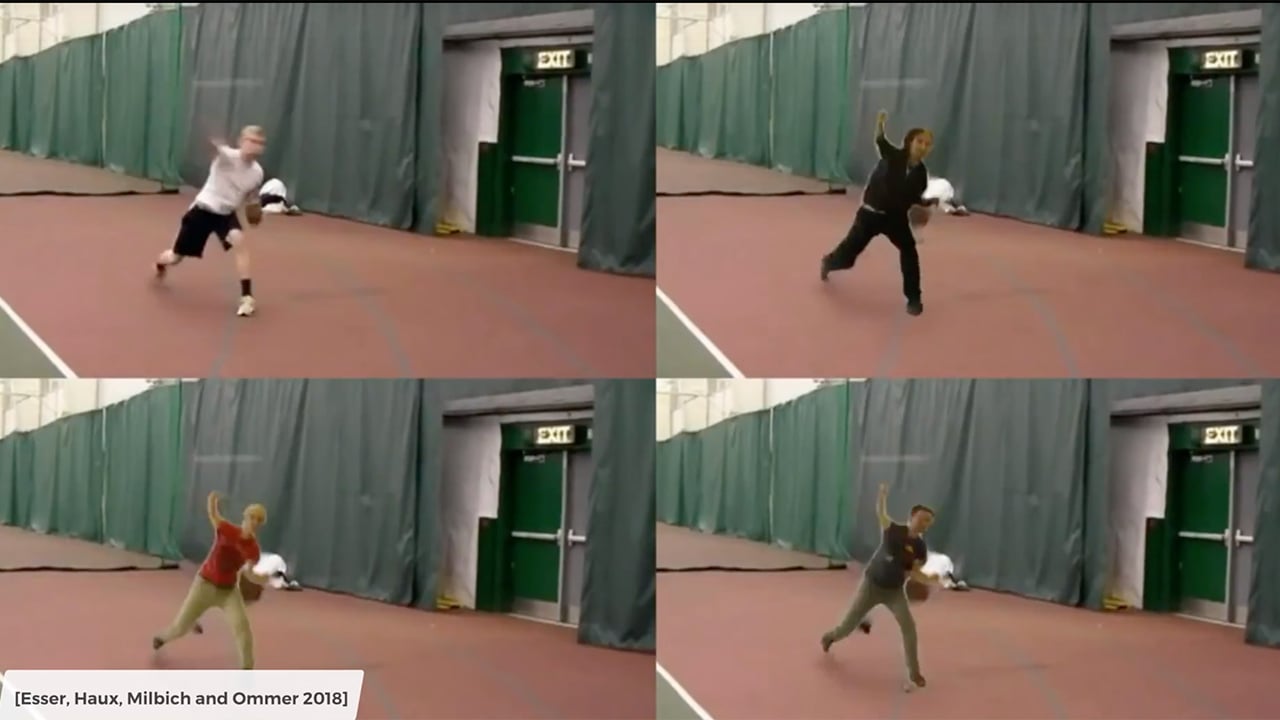 Inevitably, the technology has advanced such that it will soon be possible to translate not just faces but whole bodies onto the videoed movements of others.

Describing the advance in a two-minute YouTube video is Károly Zsolnai-Fehér a research scientist at the Institute of Computer Graphics and Algorithms, at the Vienna University of Technology.

Target videos of people playing tennis or performing chin-ups have been overlaid and effectively replaced by the body shape and faces of others. A machine learning generative adversarial network (GAN) can be used to create fake videos.

Remarkably the algorithm is able to synthesise angles of target subjects that it hasn’t seen before, for instance it was able to correctly guess and add-in details like a belt around the waist despite not being shown a directly corresponding image.

The resulting full body characters can also be put in a virtual environment and animated.

Zsolnai-Fehér admits that the work is raw and experimental with issues with movement, flickering and occlusion giving the trick away.

Anyone looking at this footage can tell in a second if it’s not real but the reason he is so excited is that it’s a big leap to making deepfakes a viable concept.

“It will provide fertile ground for new research to build on,” he says.

A bit down the line it will work in HD and look significantly better, he predicts, particularly when CGI lighting and illumination techniques are applied.