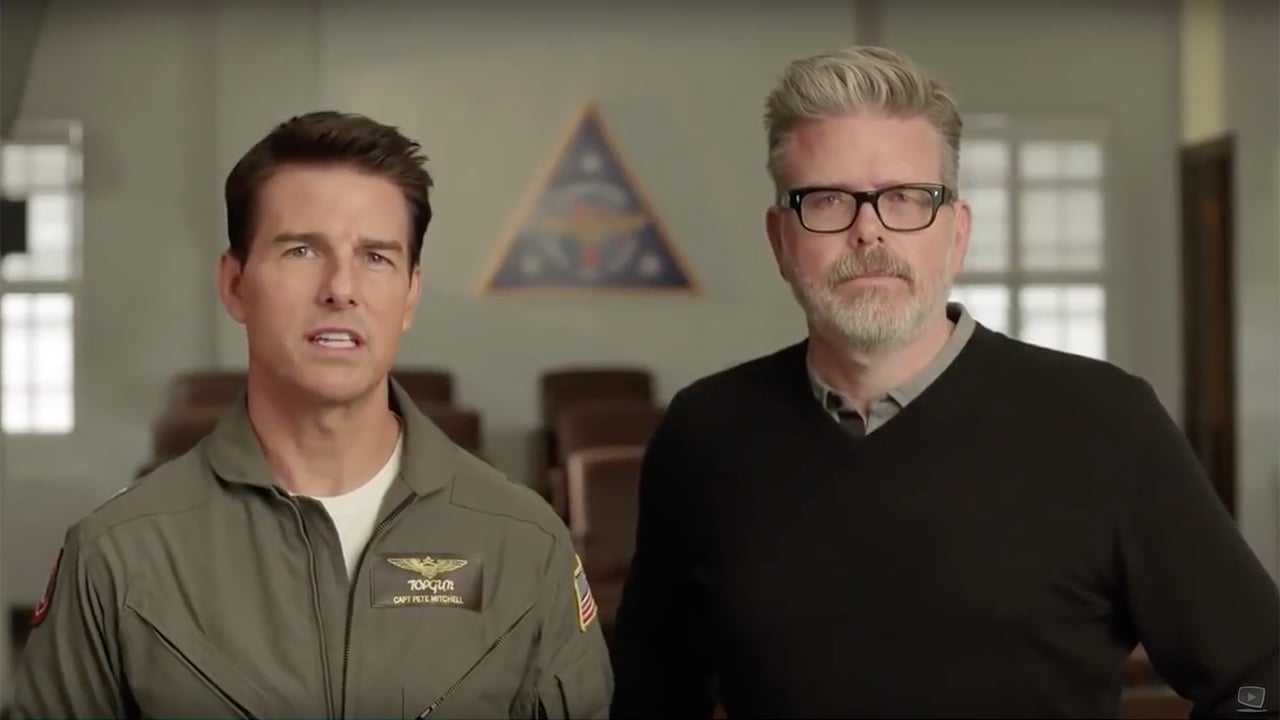 Tom Cruise takes on his most impossible mission yet, by trying to get people to turn off motion interpolation on their television sets. This message will self destruct in 5 seconds.

While we in the video and film world can have a great many disagreements over resolution, lenses, ergonomics etc, there is one thing that can surely unite us all. Our disdain for features such as motion interpololation on modern television sets.

Designed as a feature to overcome 'judder' from low framerate sources and to help with high speed action such as live sports, motion interpolation I think we can all agree, displays a version of a film that is completely distinct from the directors original vision and intention. Even if you like HFR material, motion interpolation is rarely perfect, with all sorts of motion artefacts becoming apparent when the system becomes confused over complex movement.

And now Hollywood has hit back, specifically in the form of Tom Cruise and director Christopher McQuarrie releasing a video telling people to just turn the silly function off. Cue lots of rejoicing since this really should have been said more loudly previously.

There is of course a slight problem when turning the function off, and it is something anyone can try. Watch a few minutes of footage at a high frame rate, then turn it off. 24p then immediately looks absolutely horrific for a good while afterwards until the brain settles down and persistance of vision takes over. The problem here is that for many people perhaps turning the interpolation off for the first time in a long while, if not ever, the shock of seeing the lower frame rate footage straight afterwards could in fact harden them into keeping that functionality switched on!

The two filmmakers say that work is being done with manufacturers to get things changed as to how the televisions implement the effect. Perhaps a flag could be sent over HDMI to tell the television to switch the function off for instance. However many TVs have the effect turned on by default already, and some people who are now used to the smooth motion may not be as open to turning it off as we might think. I personally know a couple of people who like it and refuse to switch it off, and explaining such things to lay people is not always easy!

Anyhow, take a look at the video below and let us know what you think in the comments below.