Should you move to an all-SSD workflow? [sponsored] 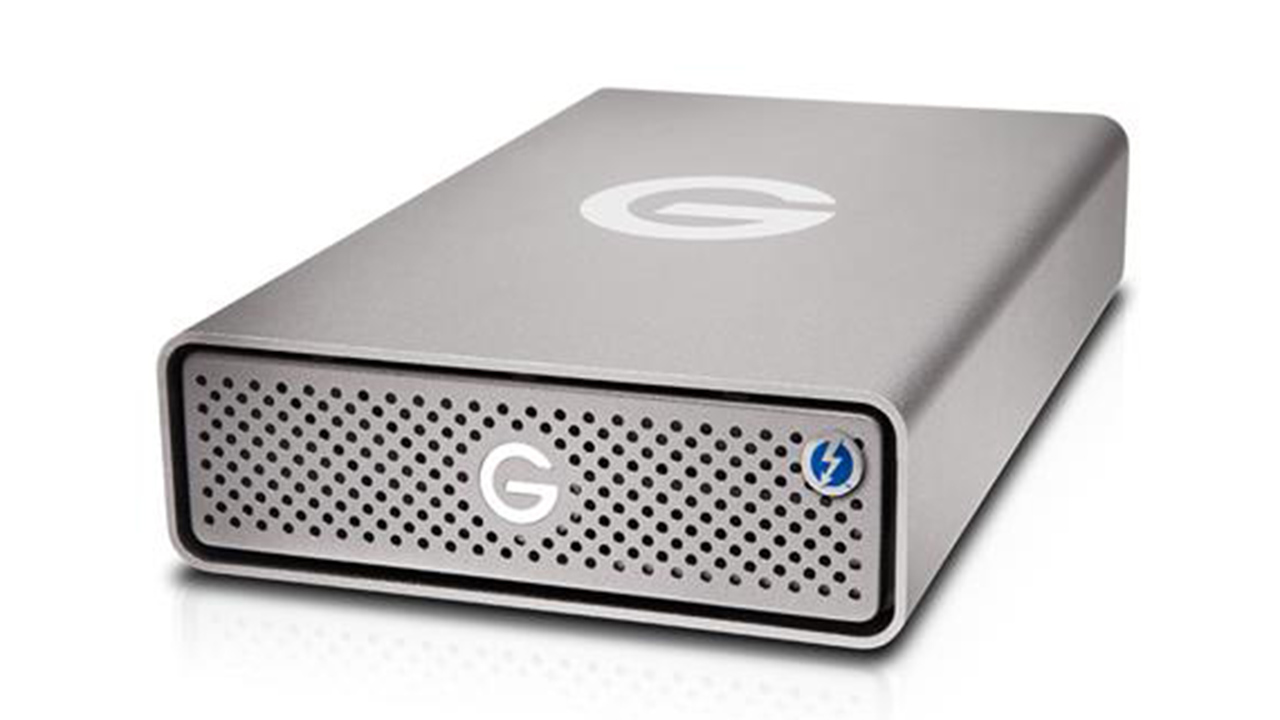 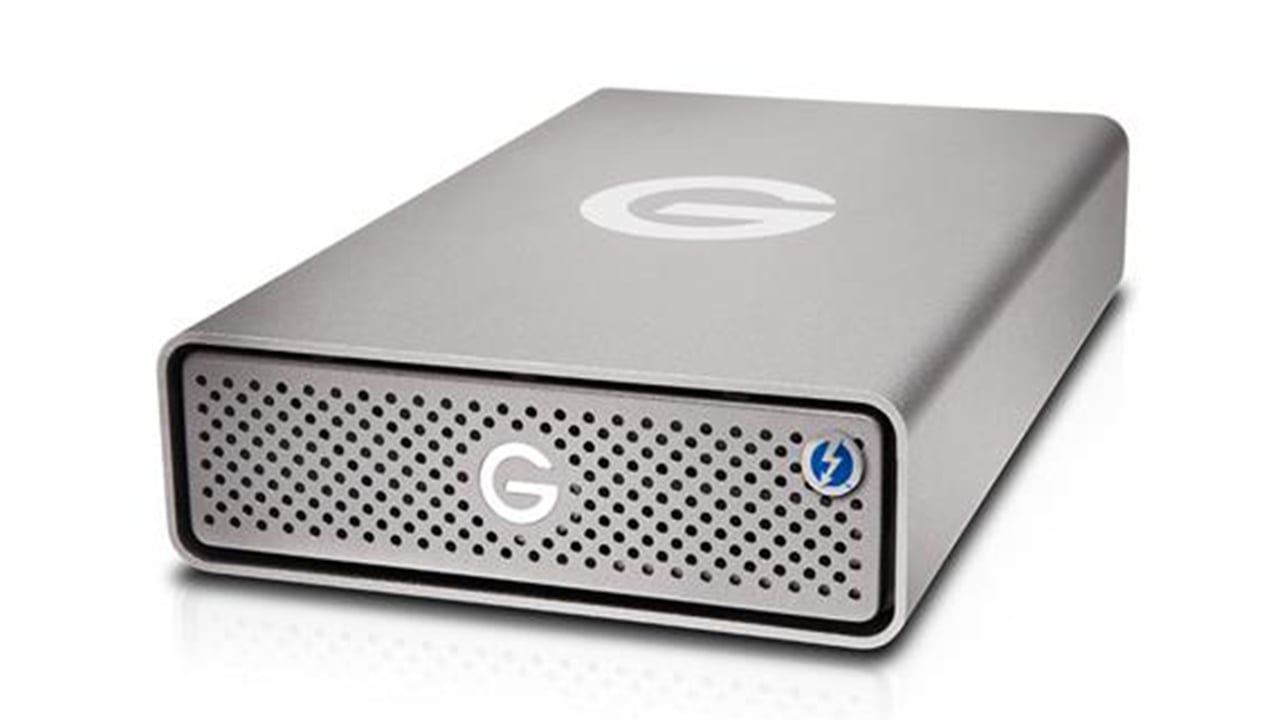 Should you use SSD (Solid State Drive) in your workflow, rather than HDD (Hard Disc Drive)? Let’s not mess around here. The answer is a resounding “yes”.

When you ponder the merits of upgrading your seat on a plane, or whether you should buy a better bottle of wine, the trade-off is pretty much about quality versus value for money. In an ideal world you always fly First Class and sip on Chateau d’Yquem with a dusting of Alba White Truffle on your evening pasta, and of course it helps if someone else is paying the bill. When it comes to SSDs you have no practical way of avoiding solid state storage, so the question is more about how many drives you buy, how much capacity you need, and what technology they use.

Let’s start at the beginning of your workflow when you record your video. Clearly you need to refer to the list of supported media for your camera, whether that be SDXC card, Cfast or Red Mini-Mag. If you are using an external recorder from the likes of Atomos or Video Devices, you will need a storage device, usually a 2.5-inch SATA SSD. It is important to refer to the manufacturer’s list of supported drives, however, this can be frustrating as the lists are typically incomplete and often lag behind the times. In fairness, the manufacturers are busy creating the camera kit, rather than testing dozens of SSDs, but you obviously need to avoid drives that have a big red X next to their name.

You can make an educated guess about which SSD should work in your recorder by noting the sustained read and write speeds of an approved drive and then selecting a drive that exceeds those figures. The major problem you need to avoid is that lesser drives with questionable firmware or that lack a cache chip may have superb bursty performance and then stutter every once in a while, as it gathers its thoughts. This isn’t such a problem for people writing a spreadsheet or shopping on Amazon but it can be fairly dramatic when you are recording video at 4K.

Once you have recorded your movie files you need to think about copying them off the camera. You might simply remove the SD card or SSD and plug in a fresh card but the alternative is to use a dedicated device such as WD My Passport Wireless SSD that is available with a data capacity of 250GB, 500GB, 1TB or 2TB. Lone documentary and news camera operators can carry the battery-powered My Passport in their backpack and transfer files from their camera over USB or Wi-Fi, or using the integrated card reader. Once the files have been copied they ought to be safe from harm and are ready to be copied to your workstation when you return to base.

Let’s do a bit of housekeeping before we get down to the good stuff. There is an outside chance that your PC or workstation is still booting off HDD in which case we quite strongly recommend you to upgrade to an SSD. The process varies from one machine to another so you need to investigate the specifics for your own set-up, however companies such as Crucial and Samsung will help you upgrade and migrate your software from the old drive to the new.

Booting off SSD means your computer will start up faster, work more quietly, crunch through security/virus checks more quickly and will be less prone to damage. This is especially true for laptops as an SSD is effectively proof against knocks and shocks while an HDD in a portable device is orders of magnitude less robust in use than an SSD.

You have three options for storing the video files you are about to edit. They can be held on a server to which you connect with a network. The second option is an external USB 3.0/Thunderbolt SSD and the third is internal SSD.

If you work for a video production company you probably work on videos that are stored on a server while the staff works with proxies to perform colour correction, edit and then add effects, transitions, and all that good stuff before the final render.

Those of us who buy and install our own storage have to deal with the nitty gritty ourselves instead of phoning the IT department. Before you can decide on the storage you first need to analyse your work to ensure the storage is fast enough and has sufficient capacity. The numbers for ‘enough’ vary hugely from people making 1080p videos for YouTube where a simple 2.5-inch SATA 500GB drive will work beautifully, all the way up to movies in 4K or 8K, potentially with the massive file sizes you get with RAW.

RAID 0 allows you to combine a number of SSDs as a single virtual drive with higher performance and capacity. For example, you might combine four 500GB drives as a single array with a capacity around 1.5TB using an external housing. Alternatively, you could combine four 2TB drives in a 6TB+ array that would otherwise cost much more if you bought it pre-built and pre-configured. RAID 0 has several potential points of failure so you would be well advised to use an array as a scratch disc rather than permanent storage.

For individual drives you can choose between 2.5-inch SATA, M.2 and PCI Express form factors. SATA is the most popular interface as the 2.5-inch form factor has plenty of physical capacity to accommodate NAND chips while the relatively slow SATA interface places an emphasis on capacity and price, rather than outright performance. A 1TB SATA drive is quite economic, 2TB is fairly reasonable, and 4TB is possible but very expensive.

The M.2 form factor is small and compact and depends on your motherboard having the necessary mounting slot, although many enthusiast motherboards have two or three M.2 slots, alongside six or eight SATA connectors. The downside is that an 80mm-long M.2 drive has very little space for NAND, such that 1TB is high capacity and 2TB is the current upper limit.

The third option is a PCI Express card that uses the same type of expansion slot as a graphics card or sound card. This technology has been overtaken by M.2 but has a certain appeal as the size of the card means there is plenty of room for a heatsink that should prevent overheating of the controller chip.

You can indeed use SSDs from end-to-end in your workflow, but will likely decide to stick with HDD for archiving, purely on economic grounds. You can buy a 14TB 3.5-inch HDD for £500 or get 10TB for just over £300 which is a fraction of the cost of SSD. At present it makes sense to mix your storage technology, although the situation will change as SSD capacity creeps upwards. We have heard claims that HDD can easily reach 20TB in a single drive so it may be a few more years before we ditch HDD entirely but the direction of travel seems crystal clear.