TITAN RTX "T-REX": Nvidia announces one of the most powerful GPUs ever released 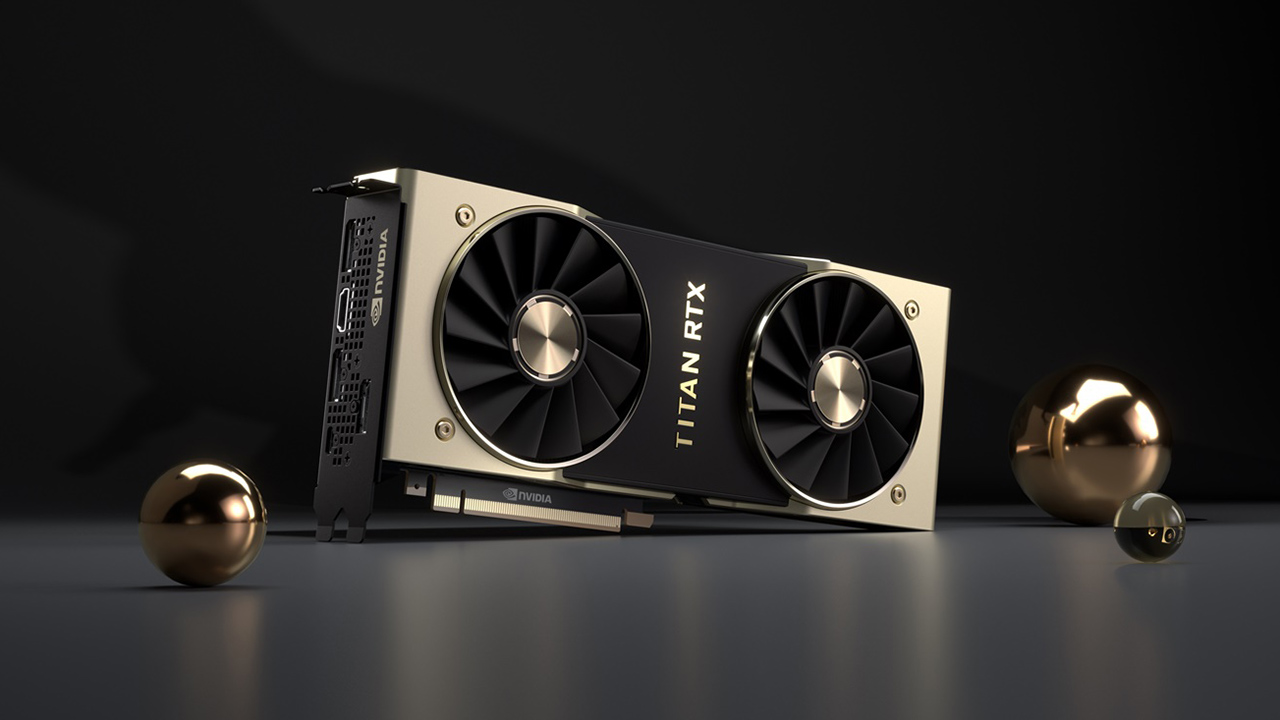 Nvidia's brand new Turing powered TITAN RTX "T-REX" GPU is capable of 130 teraflops and has been designed for the most demanding users.

The card also features 24GB of high-speed GDDR6 memory with 672GB/s of bandwidth, and using Nvidia's NVLink with 100GB/s bandwidth, two cards can be linked together for the ultimate in performance. Next generation VR headsets are also catered for with the VirtualLink port.

Nvidia claims that the card is well set for editing 8K in realtime, but the real advances are with what the card brings to the table with regards to machine learning. Data analytics are accellerated through the use of open source RAPIDS libraries, which integrate with the most popular data science workflows to help to speed up machine learning.

Needless to say that such a card will bring huge benefits to VFX heavy work, and with such power on tap now we really wonder where we'll be in two years time, let alone five!

The TITAN RX will retail for $2499 and will be available later this month. For more information read the official Nvidia press release.