The future of TV is very, very thin! 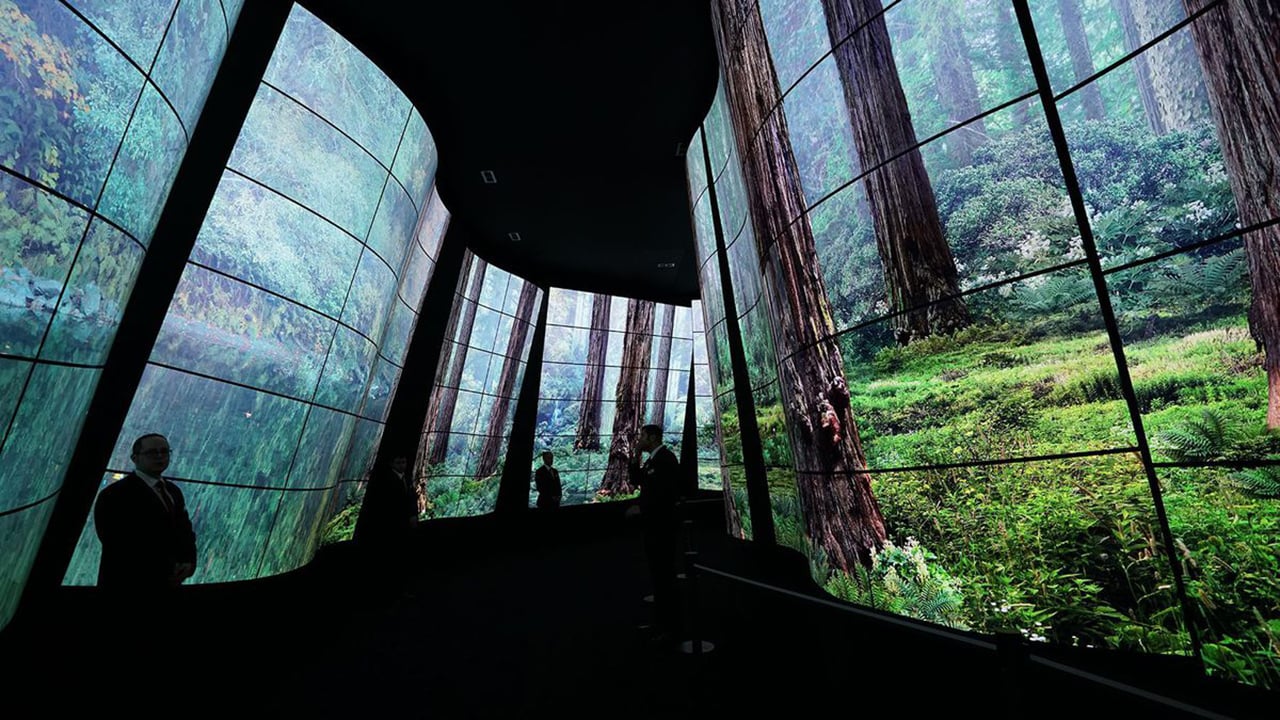 Forget the big black box in the corner of your living room. Television could be something that you roll up into a box at the end of the evening.

Go up and down the housing estates of this glorious land and you might think that TV set size is chosen in inverse proportion to that of the living room. TV displays tend to dominate any room given the way we arrange our sofas toward them but anything more than 40-inches in your average habitation seems to feel like excess, especially when the screen is switched off and you’re left with a gaping plastic black rectangle.

This is the market which display makers are angling towards with new technology that renders the TV wafer thin – and roll uppable.

LG have been one of the leaders in this space, revealing successive prototypes over the last few years and which will form a centrepiece of its presence at the Consumer Electronics Show in Vegas come January, if Engadget is to be believed.

There are no details on the internal documents the site claims to have seen but there are more than enough clues from what LG showed at CES last January.

This was a 65-inch 4K display that could be rolled up into a box the size of a soundbar. 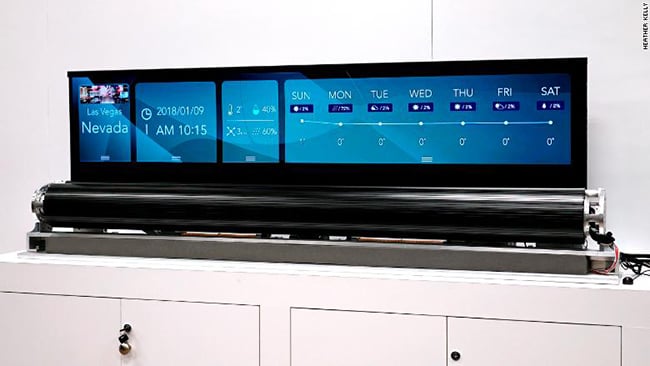 It’s OLED, of course – or ROLED – the organic bits removing the necessity of a rigid back panel providing light to the screen. The company claims that a ‘high molecular substance-based polyimide film’ on the rear of the screen is the key to its flexibility. This also provides the additional benefit of allowing thinner construction.

In 2014, LG exhibited an earlier version which was 18-inches and HD only but so flexible it can be rolled into a tight tube just 3cm in diameter - a size that makes it inherently portable and clearly another useful application for the technology. Instead of reading the Metro on the Tube into town why not unfurl CNN?

LG returned in 2017 with a 55-inch concept weighing just 1.9kg which could be mounted on a wall and held in place using magnets.

LG’s 2018 0.18mm thin ‘wallpaper’ OLED is also light enough to be carried although quite how this is possible when the power unit (and speakers?) are contained within the box is not clear.

A neat gimmick is that as the display is rolled away into its box it exhibits different aspect ratios with the display switching from 16:9 to 21:9. The 2018 demo showed the panel leaving a strip about a quarter the screen’s total size, to show time, news updates or whatever smart home information you set it for.

It seems such screens need to be rolled, not folded flat. Perhaps that’s obvious, being less damaging to the underlying pixel structure, although if this is to become a commercial product this glitch, may need ironing out (pun intended).

Folding it flat would permanently damage it, and therefore the screen doesn't represent a chance for something many have lusted over for a while, an interactive video newspaper that feels just like the paper product.

Ironically, a wafer-thin cylinder would also make carrying mammoth displays through the front door and into a living room more possible, though they could always be put away afterwards.

A short throw projector could do the same black plastic saving trick but would arguably come with a bigger hardware footprint (especially if you include the projection screen).

Bendable tech like this is not new, nor is it exclusive to the Korean manufacturer. Sony and Samsung for example have had curved OLEDs on sale for a while and there’s a veritable battle among mobile handset makers to bring out ultra-flexible cell phones.

L|G, Apple, Huawei, LG, Motorola all have foldable phones in the works with Samsung touting its 2019 Galaxy X as a device that transitions from a phone to a tablet by combining two 3.5-inch screens into a single 7-inch one.