Somehow, G-Technology has made an external drive that's as fast as a Macbook Pro's internal drive. And it's cheaper. 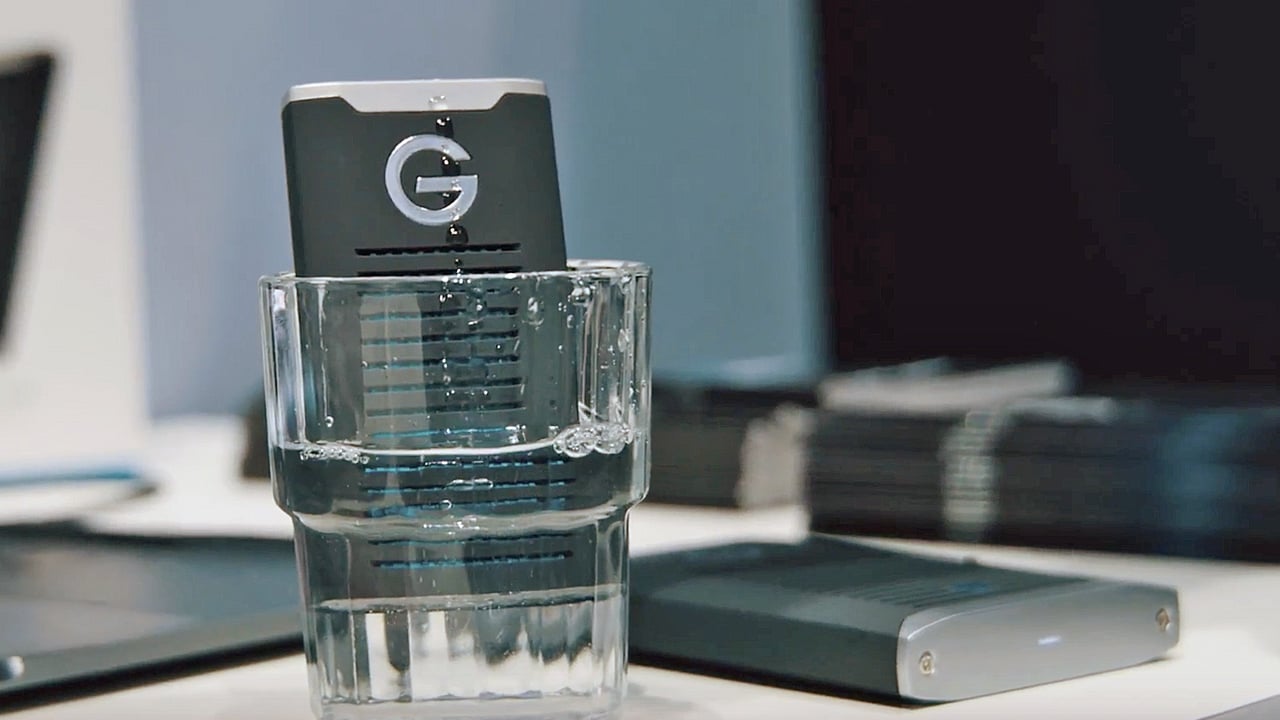 G-Technology drives are not only fast, they're rugged too

Bas Goossens reports from the IBC showfloor on the new G-Technology drives that are proving to be even faster than their illustrious predecessors.

When asked if G-Technology has managed to make its drives faster since last year’s IBC, the company’s Senior Product Marketing Manager, Darragh O’Toole, grins, says: “We have the alchemy,” then drops one of the new drives on the floor first before then dunking it in a glass of water.

They’re not only fast: they’re impressively rugged too.

All of which means that the drive runs at about the same speed as one on a MacBook Pro, costs about $200 less for a 1TB unit than upscaling the Mac spec, and is transferrable. All of which is a bit of a win.

“This completely changes the game storage-wise,” says O’Toole, before pointing to the latest version of the company’s impressive Shuttle SSD. “If MacGyver used storage, this is what he’d use,” he says with relish.

Watch the full video below.