Microsoft surface is developing into a powerful creators platform 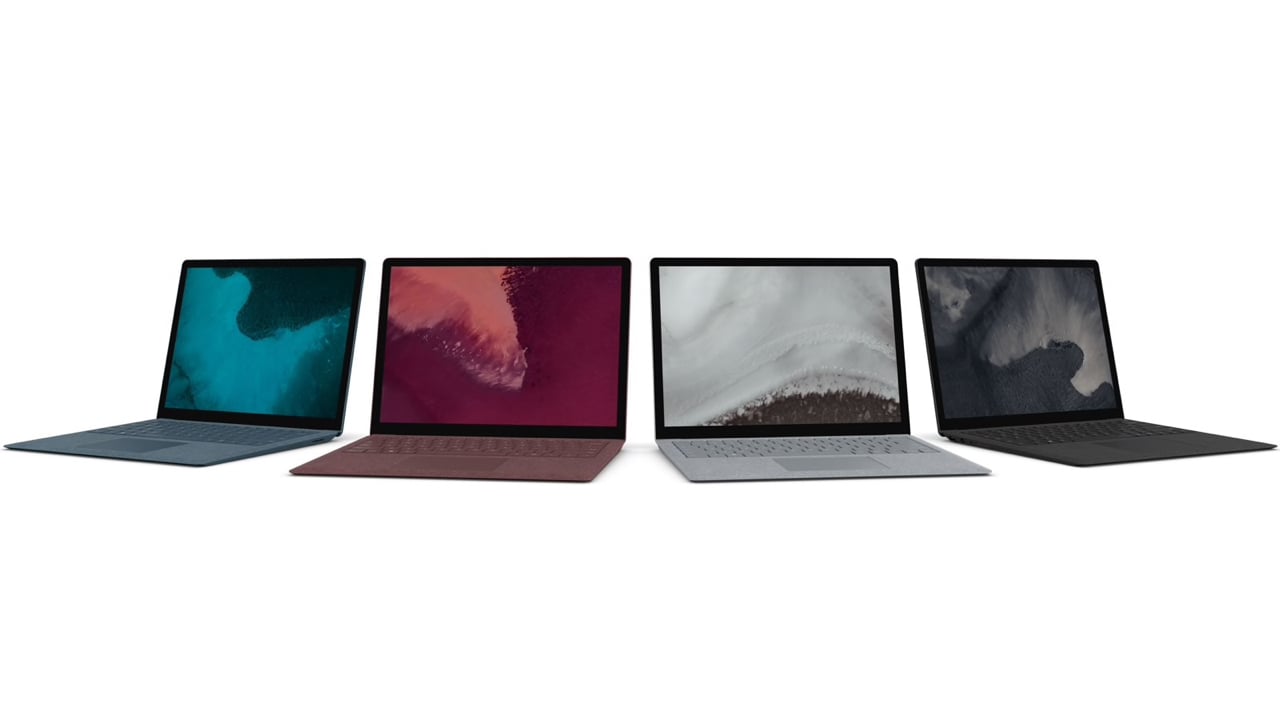 None more black: the new matte black Surface Laptop 2 joins the range there on the right

Microsoft has announced a revamped version of its popular Surface Laptop alongside a general overhaul of the Surface range and a new way of linking Android phones into Windows 10.

Sandwiched between the twin hooplas of Apples and Google’s launch events, Microsoft’s unveiling of some new Surface laptops was never going to create serious column inches. Xbox antics aside, Redmond has never managed to really nail showmanship. Many have felt it’s never really managed to nail hardware either, but the evolutionary rather than revolutionary upgrades it’s just brought to its Surface range are making inroads into chipping away at that.

Of chief interest to anyone running Windows programs is going to be the new Surface Laptop 2, which surfs the current zeitgeist nicely with a matte black finish but, more importantly, is also based round an 8th Gen Quad Core Intel processor and features a base spec which has doubled its RAM from a fairly useless 4GB to a far more handy 8GB.

Even though Microsoft claims the Surface Laptop 2 is 85% faster than its predecessor, it’s probably still not competing up at the high-end to be honest — a lack of USB-C is a disappointment and that fabric keyboard cover still exists. But it does boast a well-thought out balance of size, power, and style at an equally well-balanced $999 price point. There are far more powerful editing laptops out there, but it’s a decent budget option/back up machine option.

Elsewhere, that USB-C support has been added to the Surface Studio 2, the 2-in-1 Surface Pro 6 has been given a refresh, there are some new headphones, and there’s a new zero interest purchase option rolling out in the US called Surface All Access that bundles a device with an Office 365 subscription.

Possibly the most significant other announcement though, at least when it comes to long term strategy, was that app mirroring now lets you use any Android app on Windows 10. Or it will do at some unspecified future date at least. For now, as well as improved HDR support, users of the Windows 10 October update - out today - will be able to get access to texts and photos from an Android device on their PCs via the Your Phone app. More fully featured Android app support is coming down the pipe, and there have also been hints that iOS might get in on the act too. It’s a tentative first step but, following the demise of the Windows Phone, is potentially an important one as people look more and more for seamless experiences in their working lives and elsewhere.