We are getting closer to being able to build a big, bad ARM based workstation, assuming we could ever get software for it! 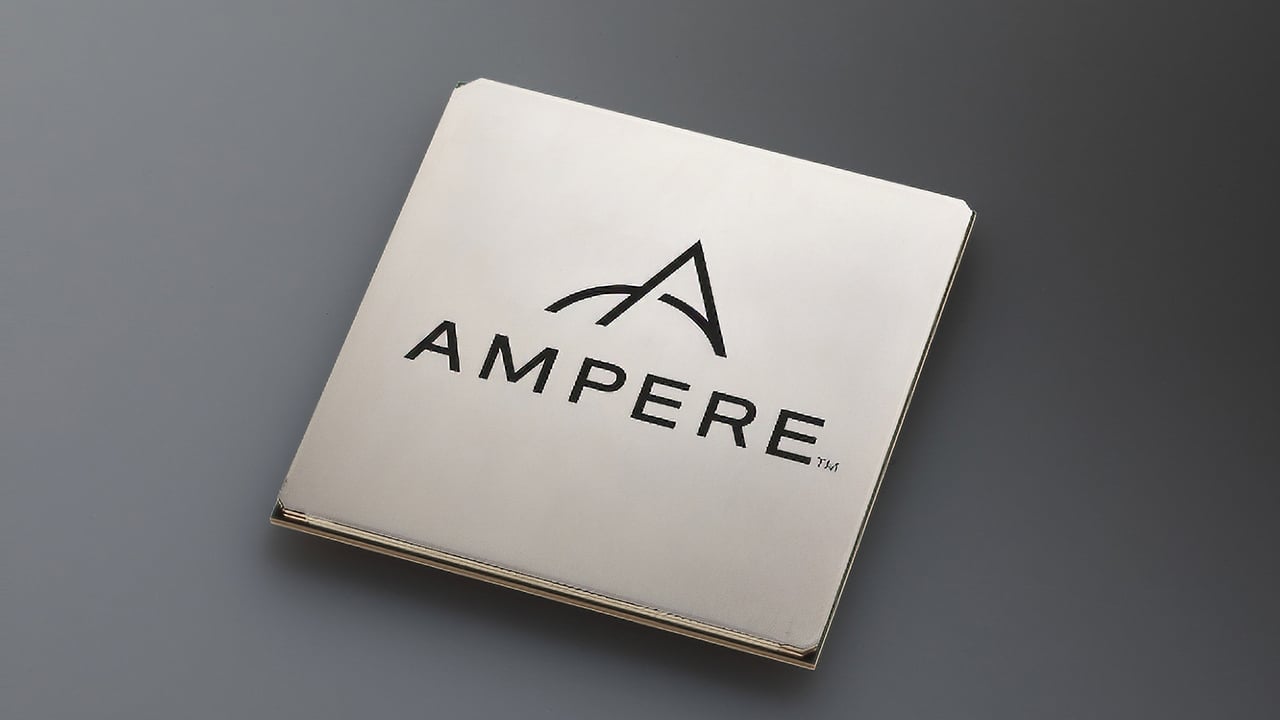 We are getting closer than ever to being able to build an ARM based workstation. But there's still the pesky issue of software.

Ampere Computing's recently announced eMAG CPU gives us an enticing thought that maybe, just maybe we might be getting close to a time when we could self build an ARM based workstation. Whether we could actually run any known OS on it is quite another question however...

Back on the 21st, we discussed the implications of windows becoming available on Arm processors. There are, to be fair, a few problems with the potential nirvana of laptops that last all week on a charge, not least of which is the fact that Windows may be available on Arm, but very little of the software is.

Still, one of the other prerequisites for a serious Arm workstation would be a CPU to compete with Intel's big Xeons and the Threadripper from AMD. To date, most of the Arm chips built have been intended for portable, lightweight applications on limited battery power and, though it's a nice idea to think we could have a low-power, high-performance workstation CPU, one hasn't previously existed.

Almost as if on cue, an outfit called Ampere Computing has announced eMAG, a 3GHz (turbo-ing to 3.3GHz), 64-bit, 32-core processor based around the latest Armv8 architecture. Arm itself is fundamentally a design company, licensing the architecture to people who make CPUs. Likewise, Ampere doesn't own the huge semiconductor manufacturing plant that actually does the work, that'll be farmed out to a company such as TSMC.

It isn't, to be fair, the first time that something like this has happened. Last year, in November, there was talk of a CPU intended for servers, brought to market by veteran chip-slicer Qualcomm and called Centriq. By the second quarter of this year, though, Qualcomm was backing away from the idea, so Ampere's part looks not so much like a new idea, but as a continuation of an idea that's wavered before.

The Ampere CPU is, like the Centriq, clearly intended for the world of servers, where people who are building enormous warehouses full of computers tend to care very much about power consumption. Even so, it's set to cost a lot less than a comparable Xeon. Public numbers hover well under US$1000, even for the 32-core part, which is really rather a lot less than something like a Xeon Platinum 8160M. That Xeon has fewer cores, is clocked slower, has less level-three cache and is listed on CPU-World.com as having an “introductory price” of $7704. Yes, nearly 8000 dollars. Versus about 850 for the Ampere.

These two devices run different instruction sets and work very differently. Are they really comparable? Hard to say, but there's only so much difference that clever engineering can make and we already know that Intel is fundamentally emulating its own instruction set on a RISC core, given the prevalence of microcoding in modern Intel CPUs. The Xeon will turbo up to 3.7GHz and has hyper-threading, which may help certain workloads, but the benchmarks will be interesting on this one. The Arm doesn't have to work that hard to win the price-per-computrons* race, given that it's the best part of 90% cheaper.

Yes, we could compare it to other Intel products but in the world of servers it's hard to find high-core-count chips; this is perhaps a bit extreme, but it's illustrative.

Can we build a machine now?

So, can we all rush out and start building machines that use these affordable powerhouses? Sorry, no. Lenovo is reportedly making machines – in server format, of course - but even if Microsoft's recently-developed Arm release of Windows works on them, there is not yet a version of, say, Resolve for Arm. There probably could be, if Blackmagic wanted to do it, especially given there's already a version for Linux (in fact, given the provenance of the software, it was probably born on Linux).

Otherwise, we're out of luck, since Microsoft seems keen to gain Apple-style control of its platform. It's understandable, but it makes the journey to Windows (and Windows applications) on Arm more difficult. The alternatives are not particularly palatable: there is not really a Linux distro that most creatives would want to deal with. Some of them are cautious even about Windows.

Other problems remain. Many of the currently best-known applications were written in the days where multiprocessing, and particularly CPU counts beyond 2 or 4, were extremely rare and they often don't make very good use of high core count processors. Even modern applications can struggle to do it well. It's a subject of much debate in computer science, with big changes often being proposed in development methodology in order to make multi-core chips easier to use. Still, those aren't problems specific to an Arm-based workstation. They're problems that exist now, regardless of the CPU – and regardless of the operating system.

Which raises another interesting point. Perhaps the closest thing to Unix that we might expect to see on Arm is actually macOS, if only because Apple has long had a certain regard for making machines that are small and quiet, and low power consumption provokes small, quiet computers. They also have the unilateral clout to make that move and expect the software companies to follow along. A genuinely unexpected and interesting thing would be to find that the next Mac Pro ran a 32-core Ampere eMAG or similar – and that might make an awful lot of sense, both from a product engineering and differentiation point of view.