Should you upgrade to iPhone XS? Is it the video and photo powerhouse that Apple claims? 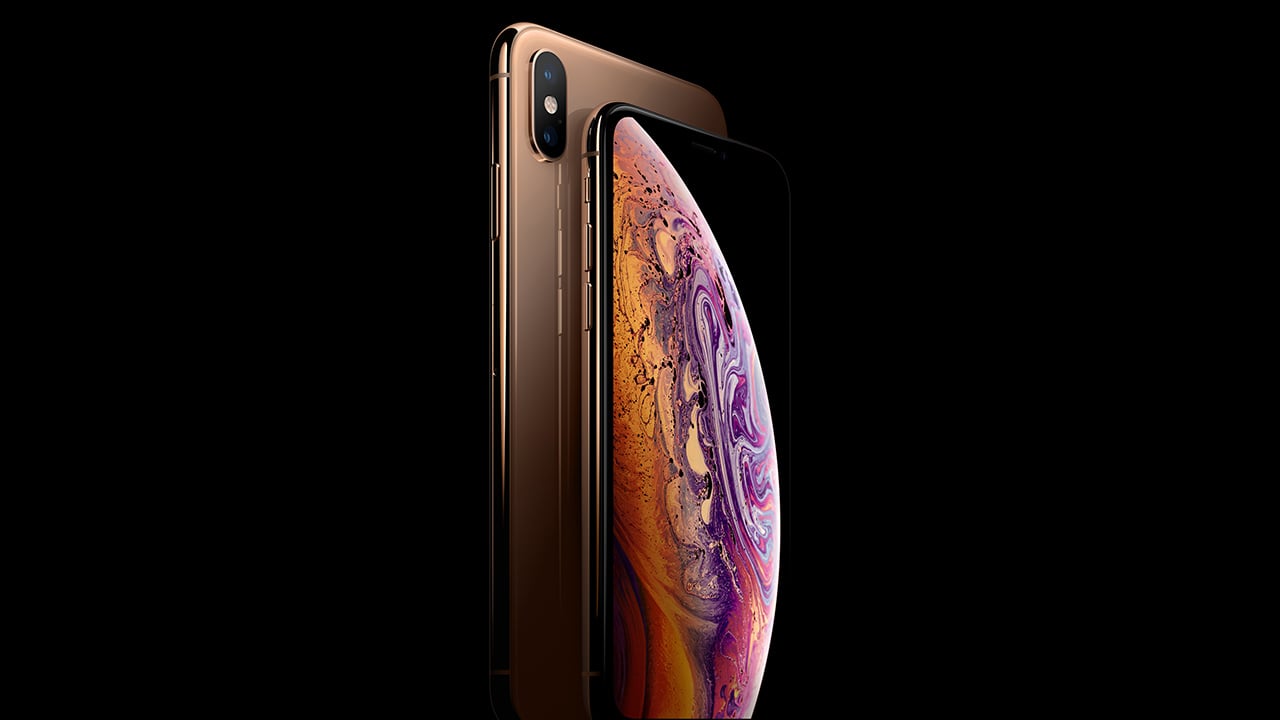 In the first of a two part review, read our hands on impressions of the iPhone Xs, how it relates to older models, what it has to do with media, and why Simon Wyndham decided to upgrade from his old 6S.

Like it or loathe it, iPhones, and smartphones in general, are being used for video and photography. And not just for quick YouTube videos either. They are being used for television too, and I bet you probably haven't even noticed. That's because when used right these devices produce a pretty high quality picture. But such devices are also used for many other production duties, from connecting directly to cameras and dealing with setup and footage logging, through to lighting gel apps, and even set design mapping. I'll be looking at the new iPhone Xs from a 'RedShark' focussed perspective very soon, looking at the photograpic and video abilities. But for now here are my initial impressions of the device, as well as what my thoughts are compared to my previous phone, the 6S.

The Xs comes in the usual excellent Apple style packaging. As per usual even the box feels high quality. Open it up and you are greeted with, well, a big black rectangle! Modern devices look wonderful when they are turned on, but it has to be said that now that screens are almost bezel to bezel, they do all look very similar, with the only distinguishing feature being how much of a curve there is on the corners! 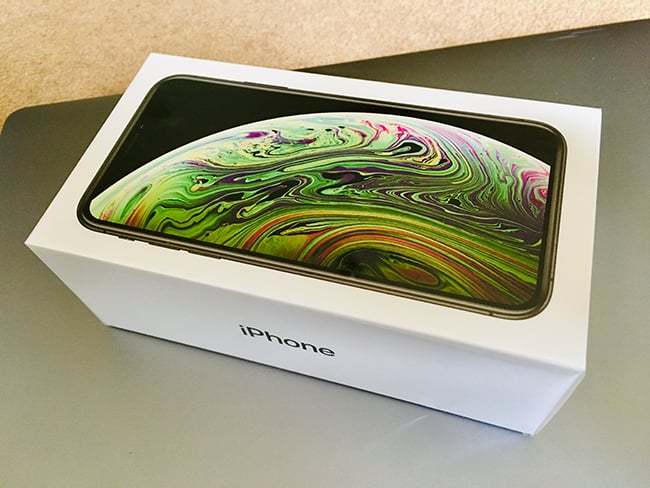 That said, lift the phone out of the box and it is beautifully put together. I bought the Space Grey version, and it looks great. The phone feels great to the hold, although annoyingly a lot of this part of the experience is dulled once it is fitted into the now obligatory case/skin. However having seen drop tests for the new device, it would appear (touch wood!) that the Xs is a lot tougher than the previous X. 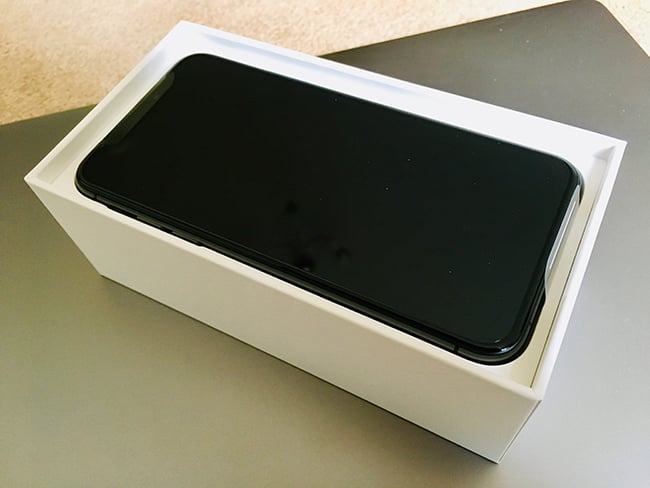 Included in the box is a set of Lightning headphones. Yes, you need to buy Airpods seperately. Those who lament the lack of a 3.5mm headphone jack should take note that other makes of phone are going this way, and if you need to charge it at the same time, that's what a wireless charger is for. And now you can buy portable wireless battery charging packs it is no longer an issue, and means that you can charge and listen to music with only one annoying cable rather than two.

As is the usual Apple way, moving to a new device is easy, as long as you have fast internet. First of all I needed to do an iCloud backup of my 6S, then I just needed to move my new phone next to the old one, and the new phone took all my setup data, photos from iCloud etc over. After setting up Face ID etc my new phone was ready to use, with all my previous apps installed exactly where they were on tne old one. I did need to re-enter passwords for apps such as Twitter and Skype etc, but this was easy to do.

Putting the 6S next to the Xs it is amazing how good the old phone still is, especially with iOS 12 installed onto it. There are differences though. The new screen clearly has more contrast, deeper colour, and brightness. Given that it is Dolby Vision and HDR10 ready, you would expect that.

Pixel densities are something that causes a lot of measurebating on the internet, but the long and short of it is that beyond 326ppi (the pixel density of the 6S) at the distance you normally hold a phone you won't be able to see individual pixels. The iPhone Xs has a pixel density of 458ppi. My eyes are not able to focus at close enough distances to bring it to a point where I can see the pixel steps.

So far, the interface has been extremely responsive. But then my 6S is no slouch at all with the new iOS. So in terms of actual user interface experience I'm not seeing much speed improvement. Both perform very responsively. The biggest change for me is the larger screen estate, and the loss of the home button.

These two aspects will be no surprise to existing X owners, but since I haven't owned an X before, it's all new to me. And for the most part it works pretty well, with a swipe up from the bottom of the screen taking the place of the home button. This does mean that app interfaces have to accomodate an ever present 'swipe' bar indictator at the bottom however.

Face ID has been working very well, even in virtually no light at all. And on the Xs it works very quickly indeed. You do still need to swipe up to get to the home screen, which begs the question of whether it really is faster than the original home button. Although I have been able to swipe up immediately and it has performed the Face ID fast enough for me to do the swipe and unlock simultaneously. One area where Face ID has caused me issues is with Apple Pay. Trying to do Face ID on a drive through MacDonalds pay reader from a car is a bit of a frustrating exercise due to distances and angles. Maybe I'll figure out a knack for such things. 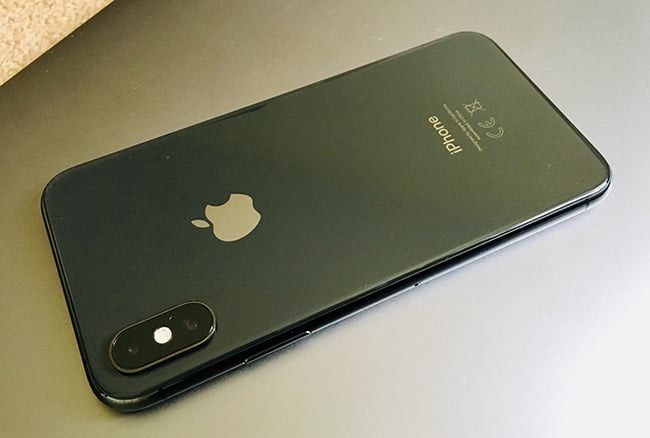 At some point I have to wonder whether minimalist design will get to the point where there is no design at all!

Battery life has been good so far through moderate use. Obviously if you are using the device constantly using video and photo functionality, or playing games you will need extra power on hand. Apple's batteries are rated for 500 charge cycles (a cycle is one full charge, so a partial charge only counts towards a partial cycle) while retaining 80% of its as new capacity. My 6S, after purchasing it when it first came out in 2015, had done 654 cycles and was on 81% capacity. Pretty good going! My 6S is now being winged off for a battery replacement so that my partner can start using it.

Time will tell how the new battery in the Xs fares in the longevity stakes by comparison. But battery life in all modern gadgets is an issue under constant use. Frankly I find it amazing that they have the life that they do along with everything else that needs to be crammed inside the chassis. We take things for granted, but it's incredibly complex stuff. 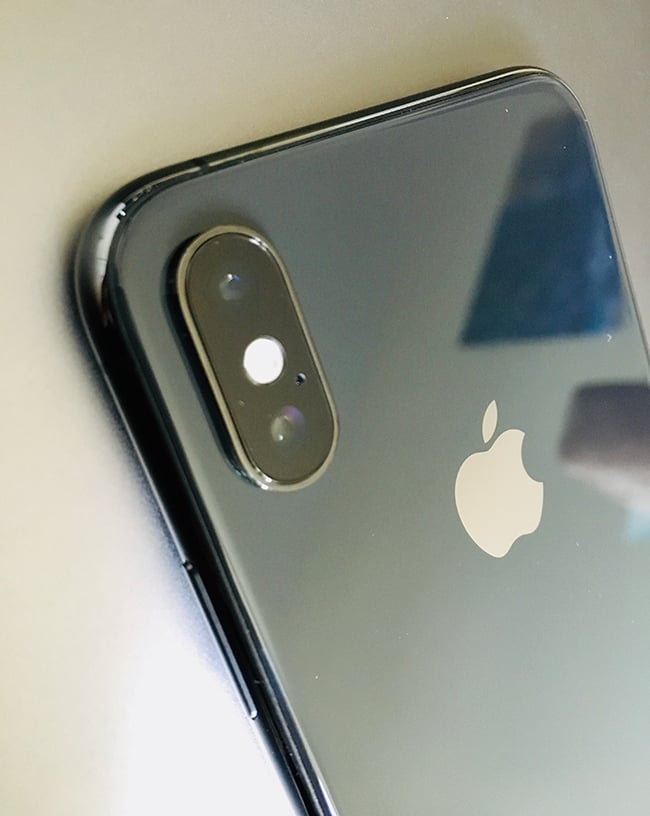 My existing 6S was still a very functional phone, and in fact took great photographs. Under iOS 12 it was extremely responsive, and with a new battery installed the new OS should allow it to perform even better than it did when it was new. So why have I upgraded to a phone that is, by anyones point of view, a tad on the pricey side. Surely I'm just being an indulgent Apple fanboi?

Yes and no. Okay, I'll put my hands up, I do like a new gadget. I wouldn't be a technology journalist if I didn't! But I use my phone for work a lot. I use it extensively for photography, communication, as well as dealing with day to day stuff on RedShark. The bigger screen makes this a lot easier for me, and the capabilities of the new camera gives me more options when it comes to stills. There's a lot more storage capacity available on my Xs than there was even a choice for when I bought my 6S, and it had got to a point where I was juggling storage space on that. Not good. I've tended to always go for the S updates because any issues with the original big update the year before are usually ironed out along with some nice additional specs that will likely last longer. This year would seem to be no exception. 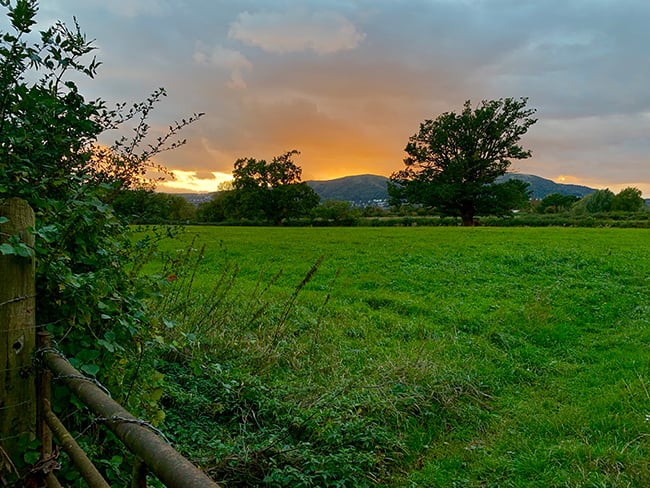 Quick snap of the Malvern Hills taken with the iPhone Xs

Okay, the Xs is not cheap, and the price is something that is causing some consternation on the web. However there are a few things to bear in mind with such a device. For a start, all top end smartphones are expensive. Maybe some are less so than the Xs, but expensive never the less. For my own use I am using it for business and I will be using a lot of its advanced functionality. I'll be using its photographic abilities extensively. And it will be my phone for a good few years again. If your only use for a phone is to make calls, send Emojis, and message using Snapchat you don't need an iPhone Xs. And that's the point here. Not everybody needs to use the advanced functionality of a phone or knows how to get the best from a device. For those people the value of a device like the iPhone Xs will be limited.

But for those who need such a device as an integral part of their professional lives a mobile device like this will pay for itself. Especially if it is an upgrade from an older phone. For that is another important consideration. A lot of commentary that is out there puts a lot of emphasis on comparing the Xs to the original X, and whether or not you should upgrade. If you want to there is nothing stopping you, but the reality is that the people that this phone offers a lot to are those who are using older models such as the 5 and the 6. If you already have an X, no, you really don't need to upgrade.

Could I have bought a Samsung or a Google phone instead? Of course I could. But the screens on the Apple phones are consistently rated better than rivals in terms of colour, and the built in storage is much faster and more reliable than add-in SD cards, which are slower and limited in what can actually be stored on them by rival devices. Not to mention the main reason. iOS. I use the functionality of the Apple 'ecosystem' a lot, and I'm not afraid to tell you I really like using it. It works for me, is integral to how I use my phone, and makes my work life go more smoothly. No, I'm not blinded by the effects of Kool Aid. It's just how it is, and no amount of insult throwing in the comments below will change my mind on that. Sorry. It comes to something when the emotional response around such devices is such that I have to make such a preface, but such is the modern world.

To follow, using the iPhone Xs as a camera.