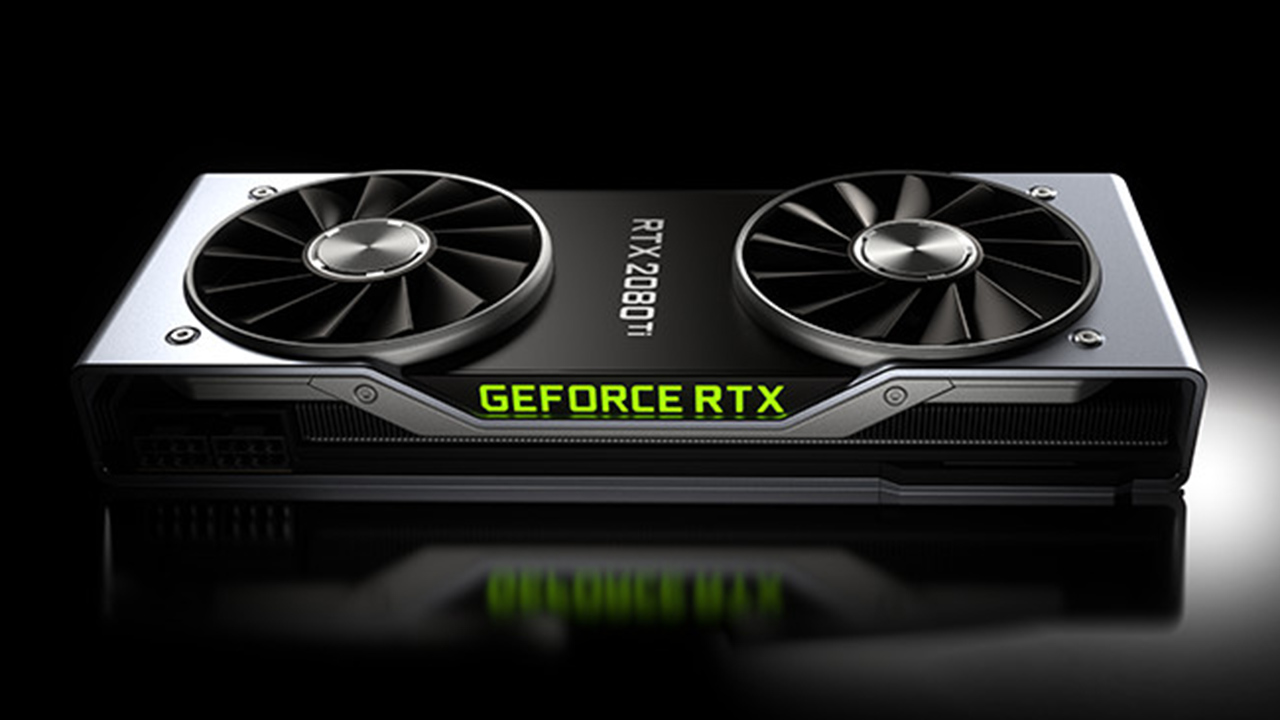 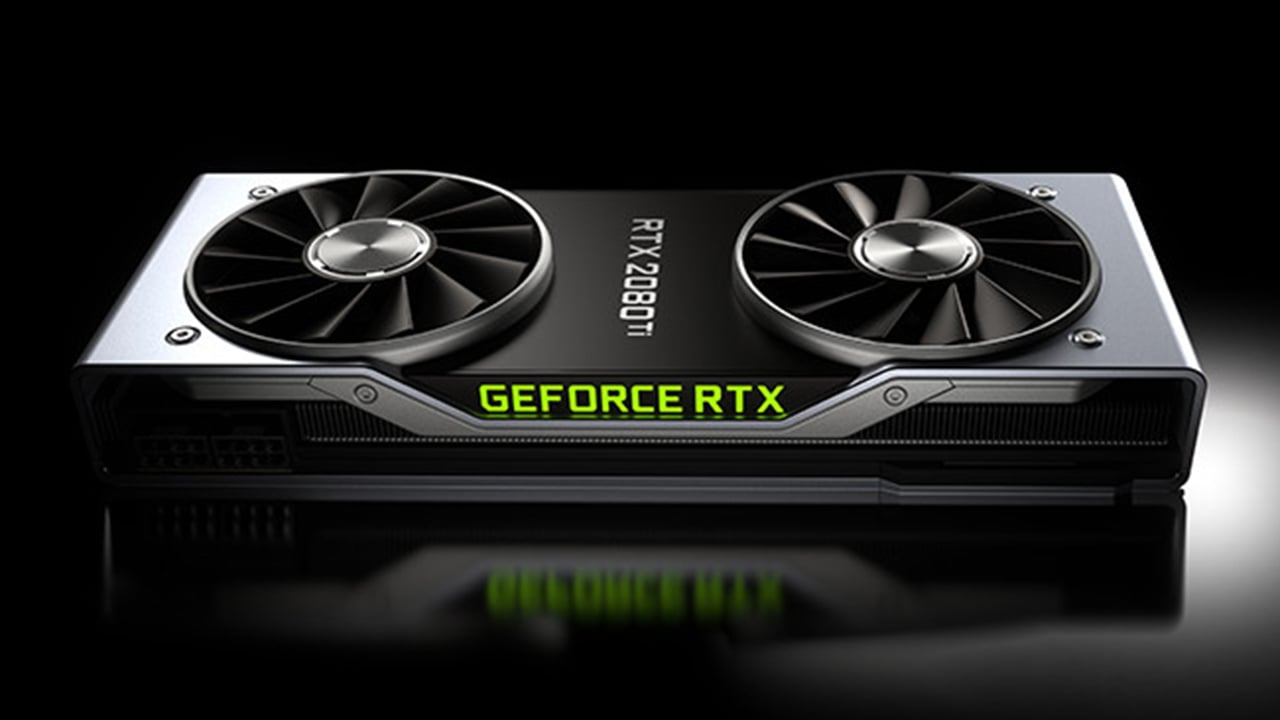 Nvidia continues to leverage its Turing technology with a set of new graphics cards aimed at gamers.

These gaming graphics cards use the same Turing technology that was announced by Nvidia CEO Jensen Huang at SIGGRAPH 2018 in the form of Quadro RTX 8000, 6000 and 5000. Turing majors on Ray Tracing, as explained by RedShark’s own Dave Shapton, and while this is clearly an exciting technology it made the two hour presentation somewhat complicated.

The first 90 minutes showed the bling and glitz of Ray Tracing and demonstrated how shadows look better when you ditch cube maps and fix the lighting. We always knew this to be true but were unable to use Ray Tracing in real time so the burning questions with Turing are how well it works and how well it is implemented by the software writers.

We have to assume that the Professionals will be able to use software that takes advantage of their new US$10,000 Quadro RTX 8000 and delivers a feature they simply do not have at present, in much the same way that an HDR monitor does something that an 8-bit TN panel cannot.

How long will ray tracing take to catch on?

With the new gaming graphics cards it is more complicated because most PC gamers buy hardware on a budget and the mass market plays games on an Xbox or Playstation console that is built around an AMD APU. Games Developers cannot develop games that require Ray Tracing until the installed base reaches a certain point. We have to assume that upcoming titles such as Shadow of the Tomb Raider, Metro Exodus and Battlefield V will include Ray Tracing as an option in the Image Quality settings or will auto-detect the hardware and use it where it is present.

In essence this means we are interested in how Turing performs as a non-Ray Tracing graphics card compared to the 10-Series Pascal, and in addition we want to see what Ray Tracing brings to the party.

The final section of the Nvidia presentation was unveiling time where they announced GeForces RTX 2080 Ti, RTX 2080 and RTX 2070. That’s right, RTX (for Ray Tracing) rather than GTX and yes, that name does seem evocative of Radeon Technologies.

These models replace GTX 1080 Ti, GTX 1080 and GTX 1070 respectively and we learned about CUDA cores, Memory quantity, Memory Bandwidth, Base Clock speed and Boost Clock speed along with two more things. The specification now includes figures for Ray Tracing performance so the RTX 2080 Ti has a Ray Performance of 10 Giga-Rays/second and 78 Trillion RTX-OPS/second while the RTX 2070 is rated at 6 Giga-Rays/second and 45 Trillion RTX-OPS/second. It is clear that 78 is a larger number than 45 but right now we none of us know how many RTX-OPS/second will deliver a satisfactory experience.

Nvidia has opened the store for pre-orders on RTX 2080 and 2080 Ti with delivery expected ‘from 20th September.’ Orders and sales of RTX 2070 will follow one month later. The current rumour is that Nvidia will release the 2060 and 2050 models as GTX rather than RTX, which suggests they won’t have support for Ray Tracing.

Pricing of these new graphics cards is much higher than the 10-series, despite a die shrink from 16nm to 12nm that you might have expected would reduce costs. There appear to be two problems here. The first is that Ray Tracing adds new dedicated hardware that takes up a large amount of die space. The second is that the design of Turing has a fair amount in common with Pascal so Nvidia has added a bunch of extra CUDA cores to ensure the 2080 is faster than 1080, and so on down the line. The upshot is that each Turing GPU is around 60 percent larger than the corresponding Pascal, and as a result it is much more expensive.

As a side note, Nvidia has switched from GDDR5/GDDR5X memory to GDDR6, however we doubt this has much impact on cost.

When it comes to pricing Nvidia was quick to say that prices ‘start from US$599’ however the actual prices for the UK cover a huge range.
Let’s set the scene with the current Pascal models:

And then we have Nvidia’s prices for Turing:

Nvidia has changed how it handles Founders Edition which started life with Pascal as another way of saying ‘Reference Design.’ With Turing the Founders Edition is a step up from the basic model that uses a binned GPU which delivers higher clock speeds along with a premium on the price of US$100-US$200.

Partner versions of RTX 2070 are not yet listed for pre-order however it seems likely that prices will range from £549 to £749.

The Founders Edition uses a cooler that is dramatically different to previous reference designs from Nvidia that use a single fan to blow air through a shroud. The new design uses a dual fan axial design that looks very similar to the sort of hardware we expect to see from the likes of Asus and EVGA. The cooler has a fair amount of work to do as Turing TDP is given as:

We have been waiting an awfully long time for Turing but the fact of the matter is that Pascal has been very good and Nvidia has been under no pressure from AMD to deliver the next generation of GPU. We understand that Nvidia will move to a 7nm GPU in 2019 so it seems likely that Turing will have a life of around one year and then we can all begin the graphics upgrade cycle one more time.