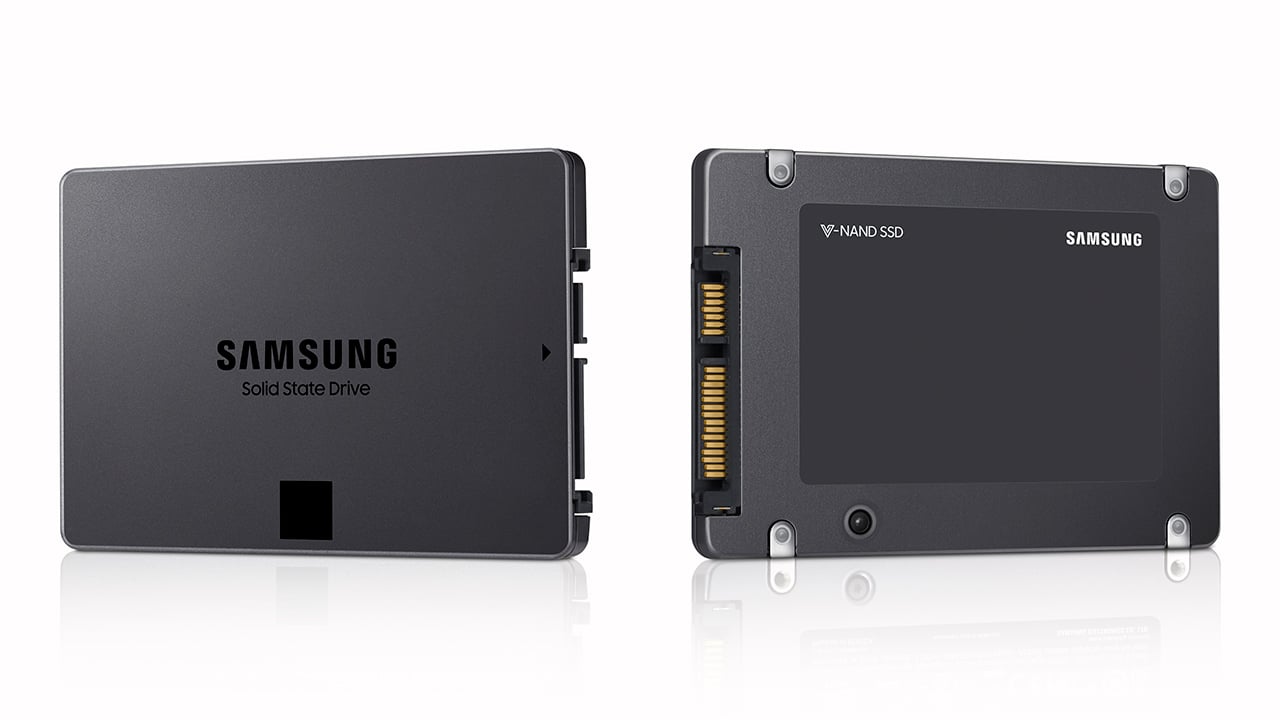 Samsung introduces a new type of SSD that promises to change everything for solid state media.

Samsung has issued a Press release that promises a dramatic shift towards a new type of SSD storage.

The headline is ‘Samsung Electronics starts mass production of industry’s first 4-bit consumer SSD’ and it is well worth a read. If the Press release seems like gobbledy gook we suggest you refer to RedSharks’s write-up about Toshiba/WDC plans for using BiCS4 technology for QLC NAND.

The key point is that QLC (Quad Level Cell) crams four pieces of data into every cell where TLC (Triple Level Cell) has three. That gives you an extra 33 percent data capacity along with some nasty technical problems. In that previous piece we reckoned it would take a year or two for QLC to come to market but in fact Intel already has the 660P SSD on sale.

Early reports suggest the 660P works just like a slower version of an SSD with TLC NAND. Micron is also in the game with the 5210 ION SSDs for the Enterprise market. Quite why Samsung thinks it can claim it is the first to ship a consumer QLC SSD isn’t clear as Intel surely got there first, however we are happy to see that Samsung is joining the SSD party. If SK Hynix comes up with a QLC product that will be a clean sweep for the entire industry.

Samsung’s 1Tb/128GB QLC chips promise new levels of memory density for SSDs in both 2.5-inch and M.2 form and we should also see QLC used in SD cards and embedded storage in mobile phones. Claimed performance is in the ballpark with a sequential read speed of 540MB/sec and sequential write of 520MB/sec.

It is noteworthy that Samsung is not talking about the fabrication process that is used in the new NAND. Samsung has a curious way of describing fabrication technology so SLC was ‘70nm class’ which is believed to be 73nm. MLC is ‘30nm class’, TLC is ‘20nm class’ and the process for QLC is unknown. Reducing the size of the fabrication process allows Samsung to produce more chips form each wafer but balanced against that the smaller chips can only manage a lower number of read/write cycles. Moving from TLC to QLC also reduces the life of the chip. While Samsung will doubtless want to shrink the fabrication process to reduce costs, there are very good technical reasons for maintaining or increasing the nm size and simply stacking the chips higher to achieve the desired capacity.

The really surprising part of the Samsung announcement is the continued use of a 3-bit SSD controller as a radical shift in NAND implies a radical new controller. It seems this has not been necessary.

In the short term we can expect Samsung to deliver QLC SSDs in 1TB and 2TB capacities, followed by a 4TB drive next year. That’s big news for anyone who works with large video files as it very likely means you can ditch one or two of your existing SSDs in favour of a new drive. Alternatively it means you can jump from 1080p to 4K or from 4K to 5K without spending an absolute fortune on file storage.

The change from the current generation of 2TB SSDs to the new 4TB models will surely affect the hard drive market although we predict the bigger change will come in 2021 or 2022 when SSD capacity doubles again and we see 8TB capacity in a single 2.5-inch SSD.

4-bit QLC NAND is an incremental change but it is also very significant. That creaking sound you can hear is the door that is slowly closing on the hard drive market.