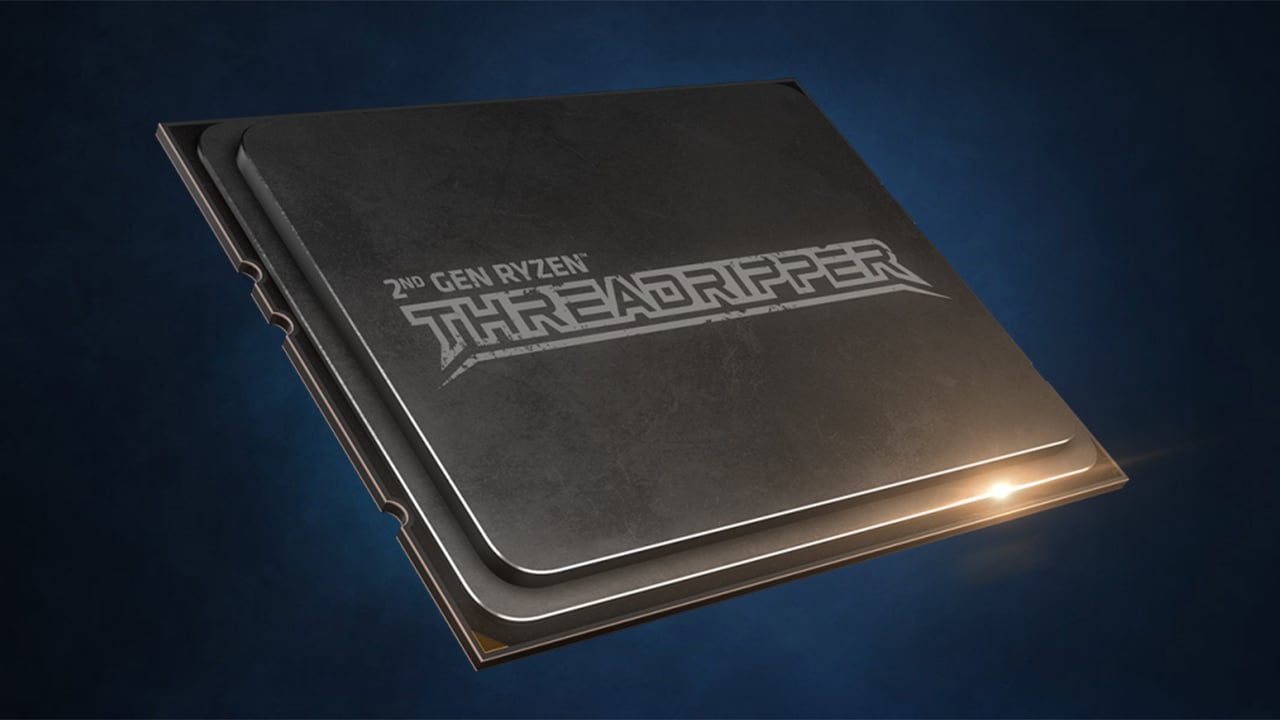 AMD served up a major surprise during Computex 2018 when they told us the 2nd Gen Threadripper CPUs would double the core count to 32 cores with 64 threads.

This was big news as we expected the 12 and 16-core models would merely be updated in the same way as 2nd Gen Ryzen 7 and 5. This would entail a die shrink from 14nm to 12nm and some clever dynamic overclocking called XFR2 and SenseMI.

Instead AMD told us the EPYC server chip would be moving to a 7nm process with ‘up to 64 cores’. This opened up space for big changes with Threadripper which would indeed move to 12nm, however some models would use four CPU dies instead of two, thus allowing the change to ‘up to 32 cores’ while still using Socket TR4 and the X399 chipset.

In fact AMD talked about 24-core and 32-core models and at that time I predicted that prices would be around £1,999 for the 32-core and £1,400 for the 24-core. It turns out I was slightly pessimistic and the prices are actually lower that that.

We now have the table of feeds and speeds for 2nd Gen Threadripper and the numbers look very encouraging. The 8-core entry 1900X model has been canned which leaves us with two pairs of CPUs.

The revised models are 2920X and 2950X which replace 1920X and 1950X, exactly as you would expect. TDP remains the same at 180W and the 12nm process shrink allows slightly higher clock speeds. US Dollar prices have come down slightly from the original Threadrippers but we do not yet know the UK prices as the 2950X is due to go on sale at the end of August with 2920X coming in October.

This information is pretty much in line with our expectations and we like what we see. Anyone who currently uses Threadripper has little reason to consider a straight upgrade unless they also move up the core count. For example I use a Threadripper 1920X in my personal PC and am considering a switch to 2950X.

The TDP for these monster chips climbs from 180W to 250W which sounds huge however there are a number of cooling systems that can handle that level of heat with ease. These include air coolers from Cooler Master, Gamer Storm, be quiet! and Noctua. AMD continues to include a Threadripper adapter bracket in the package with the CPU so most liquid coolers should also fit.

The significant thing about the 250W TDP is that AMD treats power/heat/clock speed as a triangle where you essentially pick two elements so Threadripper WX has about 40 percent more potential than a Threadripper X. In other words if you use a software package that is highly threaded and offer up a 24-core or 32-core CPU you should see performance leap forward.

By contrast if you play a poorly threaded game that is happy with four very fast cores you can expect that your new 2990WX will look fairly limp.

That is similar to saying that a 28-core Intel Xeon with a clock speed of 2.2GHz might look terrible compared to a Core i7-8700K; it is true but it is also a statement of the obvious.

It is interesting to note that AMD showed test results using a number of software packages and the only one that didn’t scale with Threadripper WX was Adobe Premiere. I have used Premiere on 12-core and 16-core Threadripper and have been mightily impressed so I queried this. AMD stated that Premiere is limited to using 18-cores, with the unspoken implication that Intel Core-i9 and the Xeon W-2190B inside the iMac Pro top out at 18-cores so there was no need for Adobe to go any further with Premiere.

It remains to be seen whether Premiere will be updated to use 24-cores or 32-cores as these are brand new CPUs and we are in new territory.

Threadripper WX will work with existing X399 motherboards, once you have updated the BIOS, and this has a couple of implications. The first is that Threadripper will continue to use quad channel DDR4 memory, and as a consequence the new CPU dies have to make a hop and a skip via the existing dies to connect to the DDR4. If AMD had created an X499 chipset with 6-channel or 8-channel DDR4 it would surely perform better, however that would be an expensive undertaking for a relatively small market.

You also need to consider that your current X399 motherboard might struggle to deliver sufficient power to a 32-core CPU. This will not apply to anyone running their Threadripper at stock clock speeds but might affect performance fiends and overclockers. To this end Gigabyte has announced an X399 Aorus Extreme motherboard, MSI showed the MEG X399 Creation at Computex, and Asus will offer an add-on VRM cooling kit for the ROG Zenith Extreme Cooling Kit.

When Threadripper launched in 2017 there were a fair number of people who wondered why any regular citizen might want a 16-core CPU. Raising the stakes to 32-cores only one year later is a bold move by AMD and we applaud it mightily.