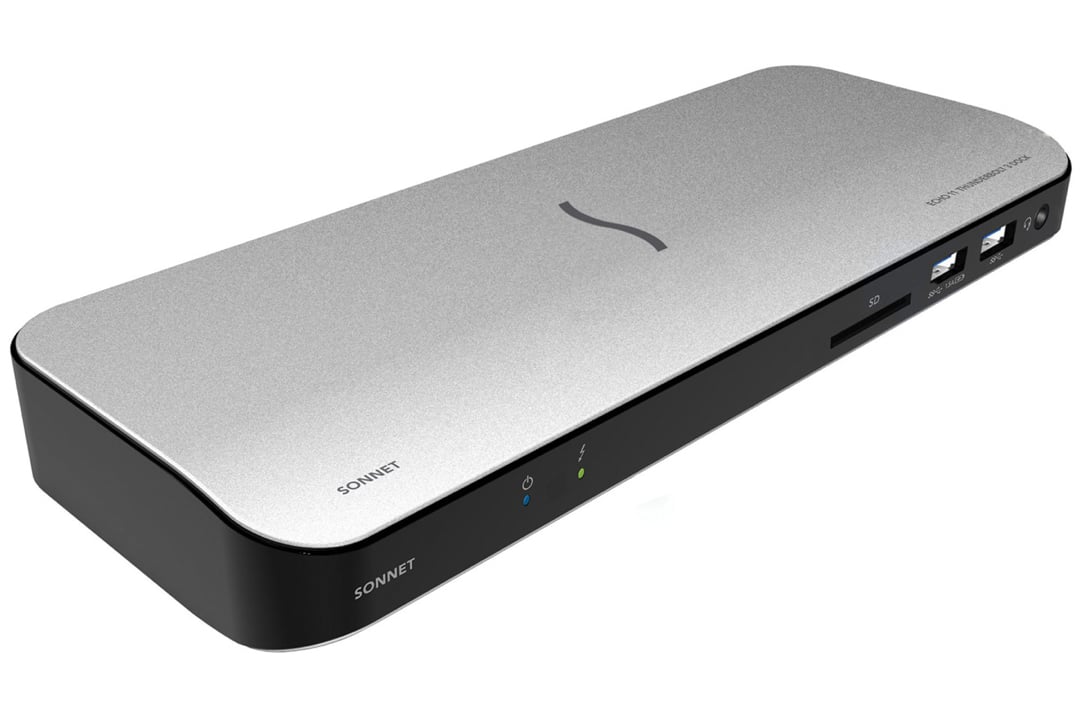 Sonnet Technologies has expanded on its range of Thunderbolt 3 expansion products with the new, slimline Echo 11, and aimed it firmly at MacBook Pro users.

The MacBook Pro hasn’t had the easiest ride of late, with enough users of the relatively newly shipping 2018 models reporting a crackling noise from the speakers to raise up flags of alarm all over the internet. However, thanks to Sonnet’s latest expansion dock, the Echo 11, at least its users aren’t going to be struggling to find enough ports to run all their kit with.

The Echo 11 Dock has a serious amount of ports. It offers one Gigabit Ethernet, one 3.5mm audio, and a massive five USB 3.0 interfaces, as well as a UHS-II–compliant SD card reader. Two of the five USB 3.0 ports are placed on the front of the enclosure, with one additionally supporting quick charging of an iOS device. It also features a second Thunderbolt 3 port to support daisy-chaining of up to five additional Thunderbolt peripherals, plus a 4K display or a USB device at the end of the chain.

As well as that pleasingly comprehensive Swiss Army approach to things though is also the rather useful capability of supplying 87 watts of power though the Thunderbolt 3 Cable, which should be enough to power and charge most notebooks and not mean users have to clutter up their environments with a power adaptor.

Pricing is $299 and availability is immediate.