Opinion: Why Apple’s HomePod is the future we deserve 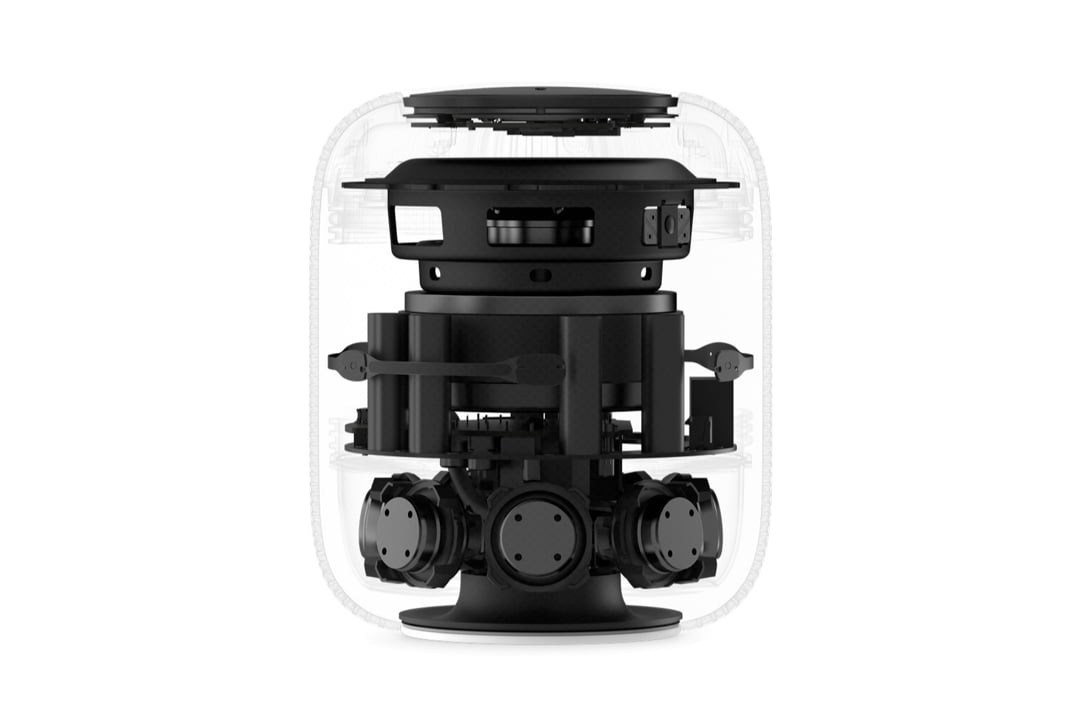 All those speakers mean that Apple's HomePod certainly sounds the part

It may not have the functionality of Amazon’s or Google’s devices and, inevitably, it’s more expensive too. But above and beyond its audio quality there is one factor why Apple’s HomePod is the smart choice for any home, and that is privacy.

It seems almost satirical now, but earlier this year Facebook was in the advanced stages of launching its own brand of smart speaker. Two units, a large one with a massive 15.6in touchscreen dubbed Portal at around the $499 mark, and a smaller speaker-only one at a cheaper price point (think Amazon Echo Show and Amazon Echo for a rough analogy) were all cued up for the big unveil at its F8 developer conference.

However, in the wake of the Cambridge Analytica scandal, the revelation of the shadow profiles that the company keeps on everyone whether they use its platform or not, and with the roll out of the European Union’s GDPR legislation highlighting the use that many big organisations make of data, it decided to at least delay the announcement. Even the most habitual of Facebook users might have looked askance at the idea of a speaker that is always on sitting in their house and feeding further information back into the organisation’s huge data processing operation.

Which is where the Apple HomePod comes in. Apple CEO, Tim Cook, said in an MSNBC interview in March that: “The truth is, we could make a ton of money if we monetized our customer—if our customer was our product. We’ve elected not to do that.”

Now, this is no attempt to elevate Cupertino to sainthood. Apple is a corporation and a trillion dollar one at that, and you don’t get to that position without knowing how to pull on the levers of capitalism and pull on them hard. But the company has a different approach to privacy to the other tech giants, and the way its HomePod works illustrates it nicely.

All intelligent assistants are constantly monitoring their environment for a wake word, deleting these endless loops until it’s heard and the subsequent audio is transmitted to their servers. However, unlike Google Home and Alexa which are tied to your wider account with either company, when data is transmitted to Apple’s servers to parse, Apple generates a string of random numbers that identify the voice files. Think of it as a Siri ID, which is in no way linked to your user ID or email address: Apple doesn’t know who you are, where you last, Apple only keeps hold of those records for two years, even going to far as to disassociate the user number from the audio clips after six years; they’re simply stored for testing and product improvement. After two years the data is deleted.

Deleting data is not something most of the big tech companies are comfortable with, which is why they don’t do it unless you ask them.

The problem for Apple is that by turning its back on the data slurp its intelligent assistant is a lot less powerful than that of its rivals. The HomePod is very much at the dumb end of the smart speaker market, and a large part of that is because Apple restricts data usage. It’s not scanning your emails, or recording where you’ve been, or analysing your shopping habits. As a result you can’t just shout at it in the kitchen to add more onions to your supermarket home delivery order or find out when the dishwasher’s going to be finished, or even, in fact, set it up without owning an iOS device.

Of course some people want the convenience that a multi-level, 360-degree analysis of their data can bring. I think I do too. But when I recall all the science fiction books I ever read over the years where what we can now think of as intelligent assistants featured, none of them were controlled by a third party corporation and used as a basis for advertising more products to me. Write it down baldly like that and it seems impressively dystopian.

You can, of course, argue that Apple is pegging its colours to the privacy mast because it has to: it was late jumping onto the potential of cloud computing and has been playing catch-up ever since and talking about privacy is a way of deflecting attention from the fact that it’s a few years behind Google in particular in this area. But its implementation of differential privacy — essentially a randomisation of data so that it can’t be matched to an individual — across the likes of web browsing and health data well in advance of the GDPR’s requirements for such techniques tends to point to a definite philosophy about privacy within the company, even if it is one that was slightly forced upon it.

When the HomePod was launched the consensus was that it was a lot of money for what was basically a speaker, a fantastic sounding speaker admittedly (and it really is) but not something that could hold a candle to its much smarter brethren. Events since though have highlighted the differences between Apple’s approach to privacy and its rivals. Yes, you can have more functionality if you want it (though the forthcoming Siri Shortcuts will provide an impressive amount of catching up once rolled out to the HomePod). But with every data breach, privacy scandal and subsequent Congressional appearance, people are becoming more aware of the price that functionality entails and the amount of data that that they’re giving away about themselves and the intimate workings of their lives for free.

As the saying goes, if you’re not the customer you’re the product. Apple has got a lot of things wrong over the years, but in this case it seems that it is surfing a growing zeitgeist.