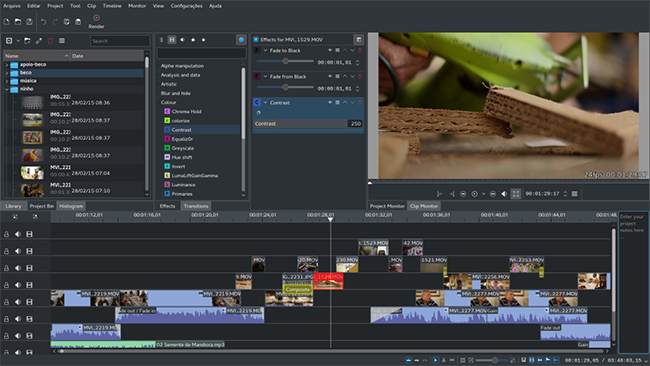 Replay: The concept of open source software promises a utopia of free software that rivals the best commercially made products. But has it ever fulfilled this aim, and what is its future?

It's one of the truths of technology journalism that as soon as operating systems are mentioned in an article, someone will pipe up in the comments with a reference to Linux.

Yes, Linux is a big deal and it's widely used, especially in a couple of extremely specific niches. Linux-based operating systems, however, and the wider world of open source software in general, can also be a source of potent frustration. What I'm about to discuss is inevitably heavily opinion-based. If any of these opinions seem outdated or misinformed, feel free to make corrections in the comments, but these are certainly widely held opinions, and so they affect the success of Linux and open source software, regardless of their accuracy. And, sadly, there's plenty of reason to believe there really are problems which affect all free and open-source software (FOSS), including Linux and its various desktop distributions.

Let's be clear, the idea of free and open-source software, FOSS for short, is in principle an exceptionally good one. It comes from agreeably egalitarian ideas about cooperation and teamwork. The availability of the computer code used to create a program means that it can be checked for problems, which has recently become important as regards to security problems. New features can be added or the behaviour of existing features modified by anyone with appropriate software engineering capability. This could solve the perpetual yearning for the one feature that a particularly useful application lacks. And of course, it's hard to object to the price of FOSS, which is difficult to charge for, because the source code is always available. FOSS principles should create brilliant software.

This hasn't always worked out in practice. Let's be fair and consider some of the best-known applications of FOSS:

All of these are highly successful examples of FOSS in action, but only one of them, Android, is designed to create a user experience that's suitable for people without specialist training. Even then, it's difficult to credit open-source principles with the creation of Android. It was created by a company of the same name that was purchased by Google in 2005. The Android Open Source Project which manages those parts of Android which actually are open source was not created until 2008 when Android was already at a fairly advanced stage of development. The first commercial Android device, the HTC Dream, was launched the same year.

So no, FOSS principles did not create Android. Worse, many of the things that users will think of as Android features, often including features connected with the Google Play system or Google accounts, are not open source. It is possible to use an Android phone with only FOSS code on it, but most people wouldn't consider it very practical. 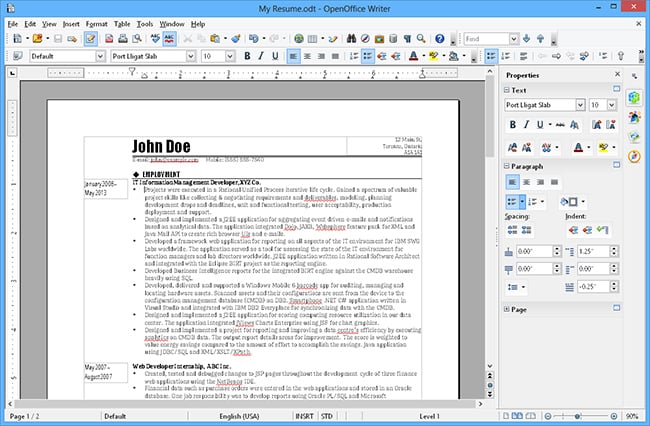 Open Office is Open Source, but it started as a commercially developed project

The situation is barely better for other FOSS champions. Perhaps the best-known open-source productivity suite is OpenOffice or one of its derivatives (LibreOffice, etc). OpenOffice provides a word processor, spreadsheet, presentation and database applications, among other things, and it's highly competitive with Microsoft Office in many use cases. It's also open source.

But again, it didn't begin as open source. The late, great Sun Microsystems developed OpenOffice and made it open source in 2002, at a time when it was already advanced enough to be useful as an alternative to the Microsoft product. Oracle continued selling it until 2011 and it's now run by the Apache Project, the people behind the web server. It's very useful but again, it was not created as an open source project. It was given to that world, gift-wrapped.

Has FOSS really been responsible for any large, complex, capable projects? Well, yes: the GIMP image editor has always been an open source project, having been developed by students at UC Berkeley and first released in 1996. It has a development model that's possibly the closest to what was originally envisaged by the pioneers of open source software; it is generally developed by a volunteer cooperative.

GIMP is essentially designed to compete with Photoshop, although Photoshop professionals frequently question how well it really does so. A page of documentation for the Arch Linux distribution, last updated on 17 June 2018, described support for the CMYK colour model as “rudimentary,” making GIMP a tough choice for anyone interested in making accurate hard copies of an image. Full support for high bit-depths only emerged in 2015. These are not minor features; these are fundamentals, and the flagship FOSS image editor lacked them almost two decades after launch.

We could just as easily pick on the FOSS world for its failure to come up with a usable video manipulation program. This year, opensource.com considered Kdenlive the best bet for a reasonably professional post production application, but there's really no answer to something like Fusion or After Effects, except, perhaps, Blender again. It's quite possible to edit video professionally on Linux, but doing so will require recourse to Lightworks or Resolve. Lightworks is an Emmy-winning piece of software that's been used on big-name productions, but it's a commercial application owned and developed by Editshare*. It's free for the basic version, but it's not open source. *At the time of original publication. Lightworks is now independent and can be downloaded here.

So, many of the best-known and most-capable FOSS applications either began life as commercial projects or struggle in comparisons to the commercial alternative. The exceptions are often things like the Apache web server and associated applications, which are open source to their core and by far the most popular and successful in their field. Those, though, are computer programs for computer people, not computer programs for, say, artists. From this, we might conclude that the FOSS model simply doesn't work very well on projects above a certain size and complexity, or especially those which need to be usable by people who aren't computer specialists. 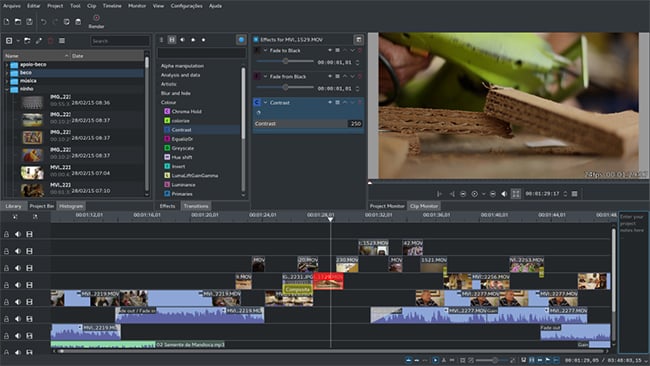 Kdenlive is touted as a professional video editor for Linux, but it still can't fully match commercial alternatives

A great idea at heart

That's a realisation that should disappoint us. FOSS is a lovely idea, but it's hard to shake the impression that it's a slightly outdated one. The genesis of the idea began in the early 80s, when Richard Stallman, still a champion of the concept, founded the GNU project and the Free Software Foundation. It's not fair to characterise GNU as a small project. It was intended to create an entire operating system and application software which would be free and open source.

The problem is that since the early 80s, software has scaled with the capability of computers. One person could write enough code to fill the memory of a 1983 computer relatively easily, but it is not very realistic to expect a single, unpaid individual to create something of the scale of After Effects. It's a mistake to assume that because FOSS is free, it is created by unpaid labour since commercial entities regularly contribute to FOSS projects that they use. Even so, it's proved difficult to put together a sufficiently well-managed project to create a real contender to the crown of some of the biggest commercial film and TV applications.

The far, far bigger problem – and the one that should really worry us – is that the FOSS world doesn't lack these applications for want of sheer work. There are a lot of open source video editors, including Cinelerra, Kdenlive, OpenShot, Shotcut and others. The total development effort, taking into account the open-source video decoding libraries that underpin many of these projects, is huge. A lot of people are willing to get involved, whether for pay or not. But the effort is poorly managed, spread across a variety of projects, creating the risk that none of them will ever really be competitors to the commercial greats.

In the context of an idea as utopian as free software, that's a huge shame.